Sorry for Your Loss – (Spoiler-Free) Review

"Facebook gets into the television game with a new half-hour drama"
By: Jean Henegan | TV Reviews | September 15, 2018

It seems like everyone is getting into the TV game, and the newest kid on the block is Facebook Watch, which enters the fray with their new half hour drama Sorry for Your Loss. Starring Elizabeth Olsen as Leigh Shaw, a young widow beginning the process of mourning the loss of her husband (Matt, played by Mamoudou Athie), the series has a lot going for it (including a cast that includes Janet McTeer as Leigh's mother and Kelly Marie Tran as Leigh's sister, Jules). However, when it steers away from its major strength - watching this talented cast wrestle with the difficulties of grief - and begins to focus on half-baked "mysteries" surrounding Matt and his death, the series stumbles into the realm of the ordinary.

Olsen is, as one who has followed her career to date would expect, wonderful as Leigh, carefully navigating the various emotional pitfalls her character encounters. You believe she's exactly who she appears to be: a young woman trying to remain distant from the pain of her husband's death. She's alternately angry, broken, afraid, and emotionally distant. Leigh is never a showy role (McTeer's Amy is the more showy part, a Hippie mother whose own issues don't hit as hard as they should due to McTeer's pretty awful attempt at an American accent), but Olsen is mesmerizing on screen. You are drawn to her in every scene she's in, and she says so much with a simple look. It's a truly wonderful performance. 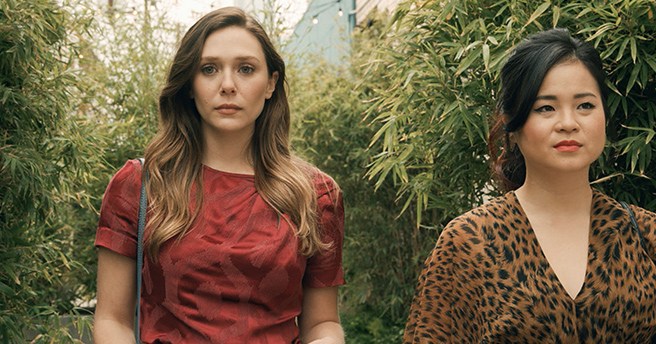 Also providing strong performances are Tran (as the recovering addict sister) and Jovan Adepo (as Danny, Matt's grief-stricken brother). Tran's performance never falls into the typical traps many actors fall victim to when playing a recovering addict, and she makes Jules the most engaging character in the entire series (I would gladly watch a series headlined by Tran, who is absolutely magnetic on screen). Jules also provides an interesting foil to Leigh, both suffering a deep loss, with Jules feeling that she cannot really mourn while Leigh refuses to fully acknowledge her own grief. It's a fascinating interplay. Similarly, the interactions between Danny and Leigh are colored by their own deep grief at the loss of the most important people in their lives. While Danny is able to acknowledge the loss and try to work through it (which requires interacting with Leigh), Leigh refuses to interact with him. It's hard to watch and difficult to play, but makes the relationship between these two central characters even more deep and complex.

Unfortunately, the show doesn't spend all of its time focusing on the interpersonal relationships of its characters. Rather, it throws two strange and unnecessary mysteries into the mix: how did Matt die (the series offers a few feints, a la This Is Us, in the four episodes provided for critics, but it only serves to take away from the series) and what is on Matt's locked cell phone (again, it's presented as a mystery that will yield something shocking and unexpected, which will pull focus from the central point of the series). Each time the series moves into one of these arcs, the action grinds to a crawl, and the characters begin acting out of character. I wish the series trusted it could be a great series without resorting to puzzle box tactics. 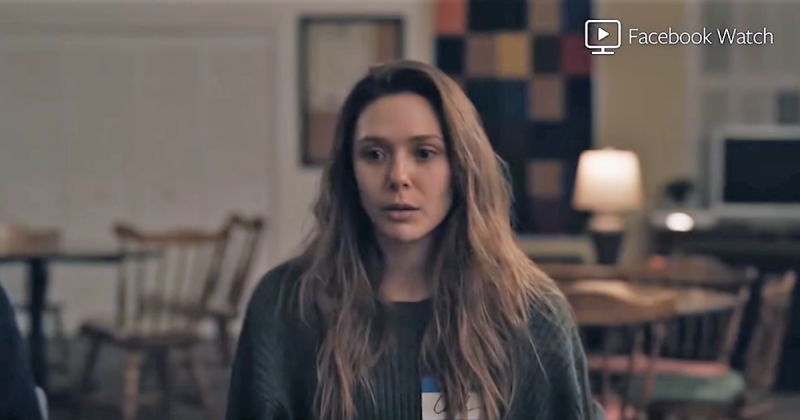 That being said, the performances are more than enough of a reason for people to give this series a look. The shortened episode run times (clocking in at under 30 minutes in each of the initial four episodes) allow the writers to really focus on episodic arcs (one that deals with the relationship between Leigh and another young widow at her grief support group is particularly well written) while still keeping the overall character arcs moving forward. If the only gripe I can come up with is the show's fascination with the utterly not fascinating mysteries surrounding Matt, that's pretty good for a freshman series. If you have time in this already crowded TV landscape for another show, give Sorry for Your Loss a look.

Sorry for Your Loss premieres on September 18 on Facebook Watch with its initial four episodes. Every subsequent Tuesday, Facebook Watch will release the next two episodes of the show's 10-episode first season.