First off the V-Skill system, where each character has an unique ability that can be used at any time requiring V-meter by pressing the medium punch/kick together (replaces focus attacks from the Street Fighter IV series). This is basically Killer Instinct's Instinct mode if you want to compare to another recent fighting game. Ryu for example can parry attacks, Chun-Li can do more moves airborne, Nash can absorb projectiles stealing health if close to an opponent and M. Bison can reflect projectiles back.
V-Reversals are Street Fighter V's version of alpha counters but with different effects depending on the character where players can counter opposing attacks while blocking. This requires one block of the V-gauge. Lastly, there's the V-Triggers (heavy punch/kick) that has more unique abilities for a character for a limited time that uses full V-meter. From past trailers, this is where Ryu gains electrical properties for his special moves and Chun-Li's ki effect lets her medium/heavy normal attacks hit multiple times. Nash can teleport around Decapre style and Bison's Psycho Power teleports while dashing vanishes for a quick second with some of his specials. 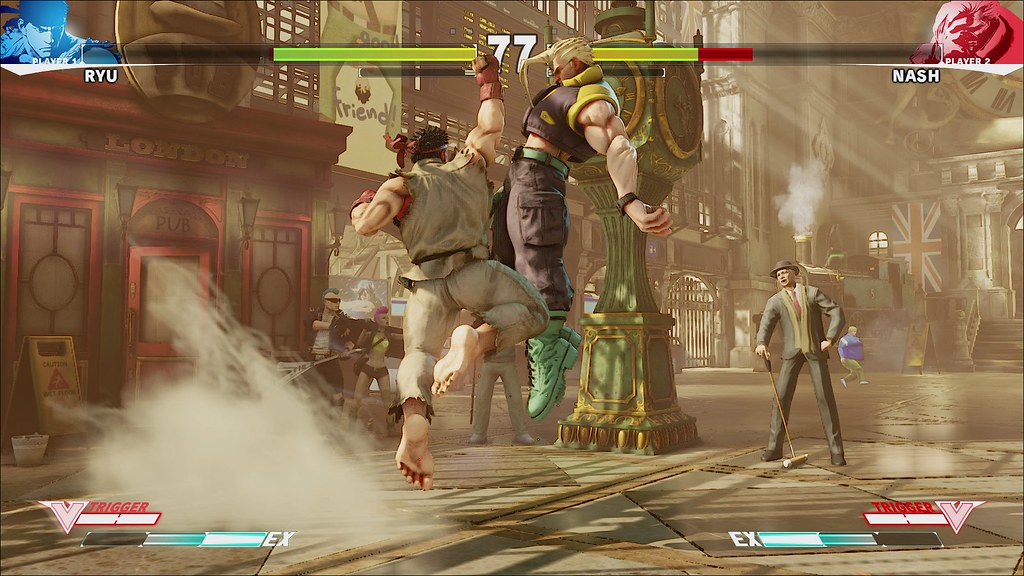 Returning from past games are EX moves and super moves, now called Critical Arts that uses a full EX gauge. The new gameplay systems seems like fun to mess around already and it's nice seeing characters having more variety than what we're used to in past games and after playing/watching so much Street Fighter IV the past few years.
Street Fighter V is gonna have a big presence at E3 next week with the Capcom Fighters Twitch stream being on all show long with pro player exhibitions and character demonstrations. There is a good chance a new character or two will be announced during the Sony press conference on Monday as well. Street Fighter V is currently slated for an early 2016 release for Playstation 4 and PC.