Subjective Commentary & the Reality of Journalism

By now it is more than old news; the air has cooled, the waters receded, meltdown has passed. Yet in that passing a casualty has occurred; Fez II is no longer in development, at present.


Over the weekend Fez designer Phil Fish (pictured below) engaged in a Twitter-based vitriolic tirade of bombastic insults and adamant demands for a public apology. Many of which were provoked by the antagonism of a single man, Invisible Walls co-host and producer Marcus Beer. 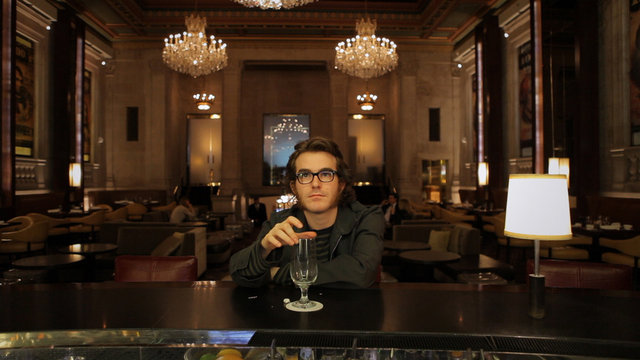 Released last Friday, the latest episode of Invisible Walls featured Beer ranting disdainfully about both Jonathan Blow and Phil Fish's responses towards inquiries by video game journalists and other members of the press regarding Microsoft's recent reversal on their policy abrogating self-publication of independently developed games.


The question now is, what can we learn from all this? More than anything this clash of personalities touches home at one aspect of internet communications; harsh words will not be sparse. Another lesson which can be taken from this however regards a cultural sentiment which has prevailed over professional integrity in video games journalism. Or rather, a usurpation.

Talk Shows and public relations professionals parading around as journalistic endeavors and reporters offer a poor reflection of journalism as a craft. Their subjective commentary nature precludes objectivity in reporting while being wholesomely reactionary to events, some of which are not even newsworthy. Instead, what is offered by talk shows, and in the case of Beer (pictured above), a talk show co-host with a background in public relations; is simply a personal opinion.


When you consider the traditional medium for journalism, the newspaper, the News section and the Op/Ed section are just that; separate sections. Even down to professional title. News section journalists are reporters, while Op/Ed journalists are columnists. There is bleeding between the two, as professionals they exists in the same realm with a commonality in both background and intent. Presenting information and perspective to the masses via a marketplace of ideas supported by fact.

Even for columnists when the topic is subjective, Clinton and Monica, Weiner and his iPhone; these journalists don't delve into conjecture of personality but present an opinion based upon reported or gathered facts. Those that do delve into conjecture and vitriol commonly find themselves in a courtroom defending against allegations of defamation.

Conjecture as a presumption is what Beer engaged in during his rant; especially towards Phil Fish calling him a "tosspot," "a f***ing hipster," and above the others, "a f***ing a**hole most of the time." That subjective commentary is not behavior one with a sense of journalistic integrity will conduct. As journalists it is not our job to judge others subjectively for their comments reporting on them as news; just to report fact.

One point Beer touched on that has weight in regards to truth, is that if one does not wish to talk to members of the press now, those members of the press could in turn be reluctant in speaking with them in the future. However, the comments themselves were not newsworthy. Nor were they pertinent to the discussion at hand; Microsoft's change in policy. Their remarks only matter to those they publically or privately insulted or shamed. This is the fundamental aspect of reporting that Beer fails to realize or understand. A review of his LinkedIn profile provides that understanding. Whether looking over his work experience or skills and expertise; he's a publicity guy by trade, not a journalist. Though he has been endorsed by eight of his contacts for Journalism, only two of those whom endorsed him for this skill have reporting experience. On the flip side, Beer has been endorsed by 38 contacts for Public Relations; his true professional pedigree. To which his exchange in the now infamous Invisible Walls episode highlights the cavernous divide between the crafts of publicity and journalism. One seeks to generate awareness through methods of hyperbole, or buzz, and coercion, or spin; while the other seeks to bring awareness of facts through supporting information.


Take a game review for example. A journalist extends the interest to review a game, a public relations person on the other end of that exchange is hoping at the very least that they'll provide a positive review of the title. After all, they are giving this individual both early and free access to said game. Regardless of that access, if the game is not good, even if the journalist likes it; from an objective standpoint the imperative for that report, or review, is to provide facts as to why the game is not good but to also present positive aspects of the game in question. If the game is good, even if the journalist doesn't like it, the imperative is to provide facts that support the game's overall quality while being objective enough to detail areas in which it is lacking.


What the review is not about is promotion. The journalist is providing an account of what to expect for their readership. Not a pat on the back or high-five for the developers. Episodes of subjective commentary such as Beer's, in the end don't provide something of value to the marketplace of ideas objective journalists dwell in. Rather they reflect poorly on the craft by clouding the discussion in a haze of emotionally charged statements void of fact but loaded with conjecture. Journalists work to uncover facts which they present to the masses to inform and provide material for discussion, that's it; to which within our professional capacity personal opinion has no seat at the table.