Supergirl – We Can Be Heroes Review

"For just one day "
By: Anthony Punt | TV Reviews | January 31, 2017
In the year-plus since Supergirl debuted, the show has slowly yet surely built a repertoire of costumed characters to support the star. In “We Can Be Heroes,” we see two of those supporting players come to the fore: Mon-El, the Daxamite bad boy with a heart of gold and the Guardian, otherwise known as Supergirl’s pal, James Olsen. In the course of events, Kara’s relationships (both personal and professional) are redefined and add some much-needed drama to what was becoming a dangerously staid status quo. After teaming up with Supergirl in last week’s episode, Mon-El goes into full-fledged superhero-in-training mode. As the senior hero, Supergirl gets to call the shots—another instance in which strong female leadership is a major component of the series. Mon-El even expresses excitement at the prospect of wearing a Winn-designed superhero costume; unfortunately, Winn seems to have exhausted all his good design ideas with Supergirl and Guardian as Mon-El’s costume (seen in the image below) is an unimaginative black ensemble and some Bono-esque orange tinted shades. Granted, it might be an improvement on the tomato red costume he sports in the comics, but not by much. 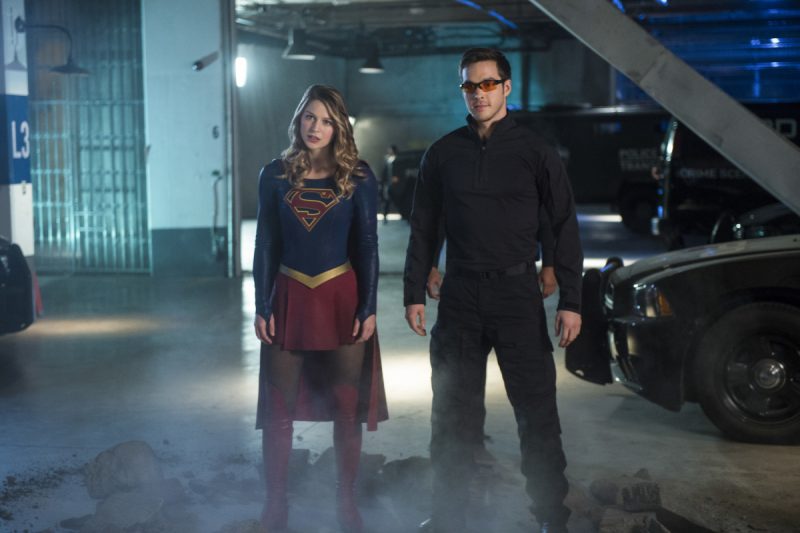 While Mon-El continues to learn the lesson that “with great power comes great responsibility,” James fights crime despite not having super powers. (That said, it does help to have combat training and a Geek Squad sidekick able to hook him up with the latest tech.) Since assuming his Guardian identity, James has been chomping at the bit to prove himself a hero, sometimes to his detriment. While teaming up with Supergirl and Mon-El, Guardian is hit by a villain’s energy blast. This allows Supergirl the opportunity to take off Guardian’s mask and learn his secret identity. As viewers, we’re surprised that Kara is surprised about this revelation; after all, James has been dropping pretty broad hints with his unprompted defenses of Guardian. Hell, Kara did the same thing herself when Cat Grant trashed Supergirl’s reputation in Season 1. In any event, Kara becomes cross with James. Her argument is that because he’s human, he shouldn’t pursue the superhero lifestyle like her and Mon-El. Supergirl comes off as pretty paternalistic in her interaction with James—another ironic gender role reversal—while James, for his part, argues quite reasonably that he’s an adult and free to make his own decisions. He also draws a sharp contrast between himself, a hyper-prepared, if non-powered crimefighter, and Mon-El, an untrained and tactically sloppy combatant. Kara strenuously disagrees with James on this, setting up a dynamic in which these two close friends are in dispute. It appears the showrunners are poising Guardian as a rogue vigilante who has to fight bad guys while ducking the Girl of Steel. On paper, that set-up sounds pretty cool and gives Supergirl an added dynamism and conflict. 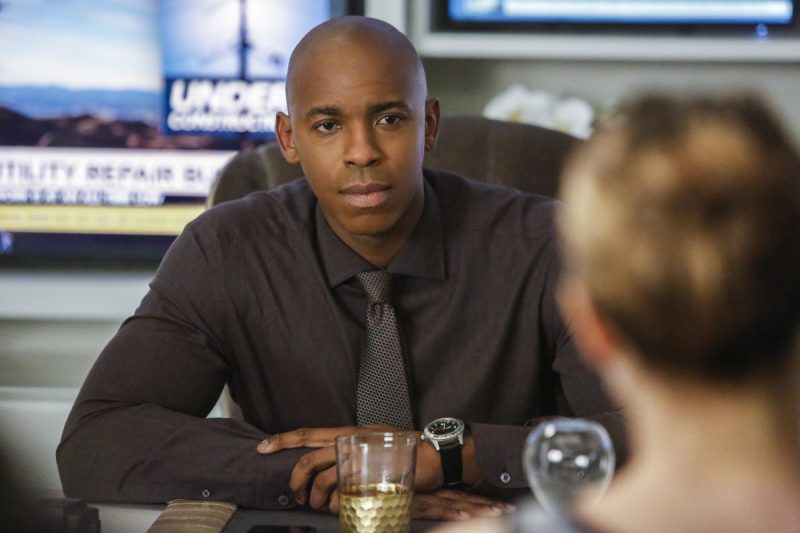 Mon-El and Guardian both assist Supergirl in tracking down an escaped Livewire. As it eventually turns out, however, Livewire didn’t escape of her own volition; instead, she was kidnapped by a garden variety mad scientist type who wants to harness her powers to make super soldiers. Or something to that effect—it’s more or less a flimsy pretense to have Brit Morgan’s Livewire make a reappearance. Even so, any excuse to have Morgan’s lively sparkplug show up is a welcomed one. With three appearances in nearly 30 episodes, Livewire is the closest thing Supergirl has to an arch nemesis. This episode takes steps to deepen their relationship by having Livewire hesitate in killing her kidnapper and later team up with Supergirl to defeat him. This is somehow enough for Supergirl to let Livewire go, which seems like a terrible abrogation of one’s superhero duties. Even if you say you’ll give her a head start and catch up with her later, who knows how many people this dangerous criminal may victimize between now and then? Just like the Flash in last week’s episode, Supergirl seemed to have missed the moral of the Peter Parker story. Amidst the flashier superhero moments, a quieter plotline sees a literal meeting of the minds between J’Onn and M’gann. When M’gann is hit by a psychic attack, J’Onn reluctantly merges his consciousness with her own in order to save her. With Kara and Alex there as emotional support, J’Onn sees through M’gann’s a vision of Mars (making it the second time in two weeks that the show has gone off-world). As has been the case since J’Onn’s true identity was first revealed, the parallels between the Green Martian extermination plotline and real-life horrors like the Holocaust are unmistakable. M’gann relates to J’Onn how she had to kill her own people, the White Martians, because she could no longer carry out their orders. The scene culminates in a beautiful moment of reconciliation where J’Onn forgives M’gann and she’s able to revive from her coma. It is moments like these that reveal the humanistic heart that beats underneath Supergirl. 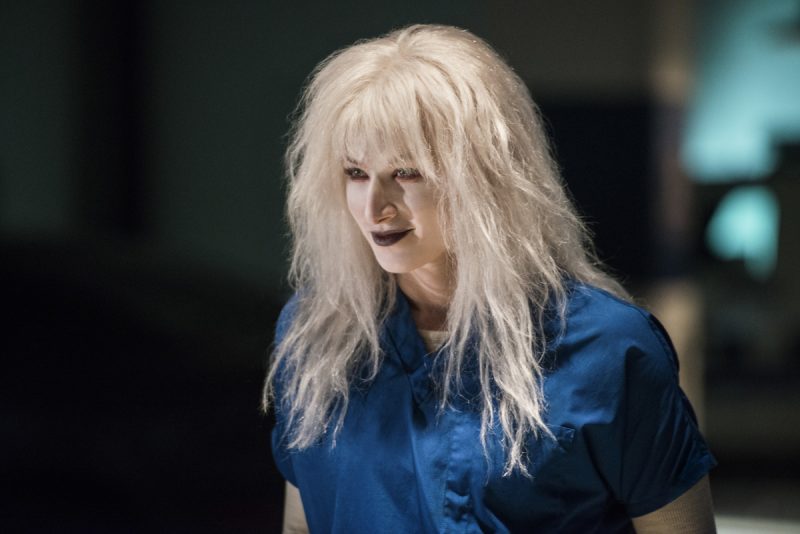 Perhaps not coincidentally, the episode was written by Caitlin Parrish and Katie Rose Rogers, and directed by Rebecca Johnson, all of whom collaborated to create an impactful episode. The reverberations from it are likely to be felt for many episodes to come, particularly where the relationship between Supergirl and Mon-El—the latter of whom finally revealed his romantic feelings for the former—is concerned. Also a matter of concern is the state of Supergirl’s relationship with James and Winn now that they’ve decided to continue fighting crime on their own. On the whole, “We Can Be Heroes” is the most successful episodes of Season 2 thus far, hitting plenty of satisfying emotional notes while delivering on the superhero actions fans come to expect.
Rating
8.0
Pros