"The times they are alien "
By: Anthony Punt | TV Reviews | October 26, 2016
After a two-episode visit from the Man of Steel, Supergirl gets down to brass tacks by establishing the core themes for the show’s second season. Those themes are instantly familiar to anyone who’s followed the recent news cycle, except they come with a sci-fi twist—alien refugees come to this planet seeking asylum but don’t declare their presence on Earth in order to avoid persecution from a populace that fears and mistrusts them. Supergirl certainly isn’t breaking new ground in this regard—after all, the X-Men franchise is steeped in such identity politics. But with the presidential election just a few short weeks away, it’s not at all hard at all to see “Welcome to Earth” as a reflection and a commentary on these turbulent political times. Among the more obvious nods to current events is that the Supergirl universe has a woman president, portrayed by Lynda Carter. This bit of stunt casting is both an Easter egg to comics nerds—Carter, of course, was Wonder Woman in the hit 70s series—and also throws a rhetorical bone to those who plan on voting for the first woman president this November. (Supergirl herself drives this point home with this not-so-subtle dig at the other candidate: “How did anyone vote for that other guy?”) Jessica Queller and Derek Simon, the writers of the “Welcome to Earth” episode, show its characters, Supergirl in particular, as philosophically aligned with Carter’s President Marsdin’s alien amnesty policy. However, her worldview gets challenged thanks to the introduction of two new alien characters: Mon-El (Chris Wood) and Scorcher (Nadine Crocker). 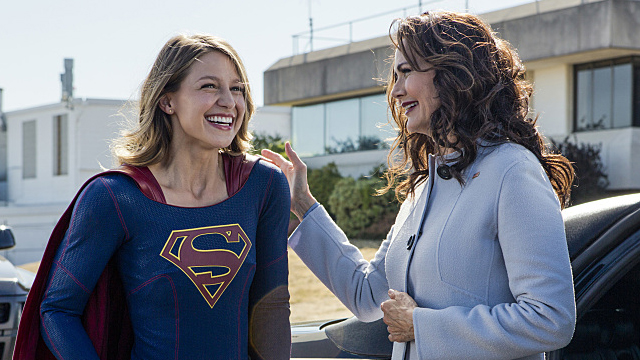 Because Mon-El is from Daxam, Supergirl has an immediate enmity towards him and thinks he’s responsible for the attempted assassination attempts on the president. The Hatfield-McCoy dynamic between Kryptonians and Daxamites in Supergirl is considerably different from the chummy relations the two sister races enjoy in the comics. But it’s a welcomed change, as it allows Queller and Simon to examine how social and political differences—for instance, Krypton is a democracy while Daxam is a monarchy—can lead to each side having a one-sided, negative perspective on the other. Correspondingly, both the writers and Wood take Mon-El in an interesting direction by making him a working-class version of Superboy (as opposed to the Mon-El from the comics who is barely distinguishable from Superboy himself). To its credit, the show doesn’t shy away from depicting Supergirl’s bigotry before ultimately having her realize the error of her ways. Not only does this character beat give balance to her generally pro-alien-rights viewpoint, it gives Kara a greater degree of depth by having her acknowledge and then overcome her own racism. Supergirl’s prejudice towards Daxamites clouds her ability to recognize that the real assailant is the fire-manipulating Scorcher. (Curiously enough, the writers elected not to name her Volcana despite the fact that her look and powers are obviously indebted to that antagonist from the 90s Superman animated series). Scorcher’s motivations for attacking a President seemingly sympathetic to the alien cause resembles that of many dispossessed minorities: simply put, she distrusts the government’s intentions. As she says at one point in the episode, “Amnesty is just another mask for disguised registration.” That point of view, as legitimate as it may be, is never given the full consideration it should as Scorcher is depicted as a villain first and a passionate yet misguided activist second. We yet see that the President’s pro-amnesty stance has its flaws—and may even be self-interested, as we get a quick reveal of her alien form toward the end of the episode—but it’s disappointing that those ideas weren’t explored more fully. 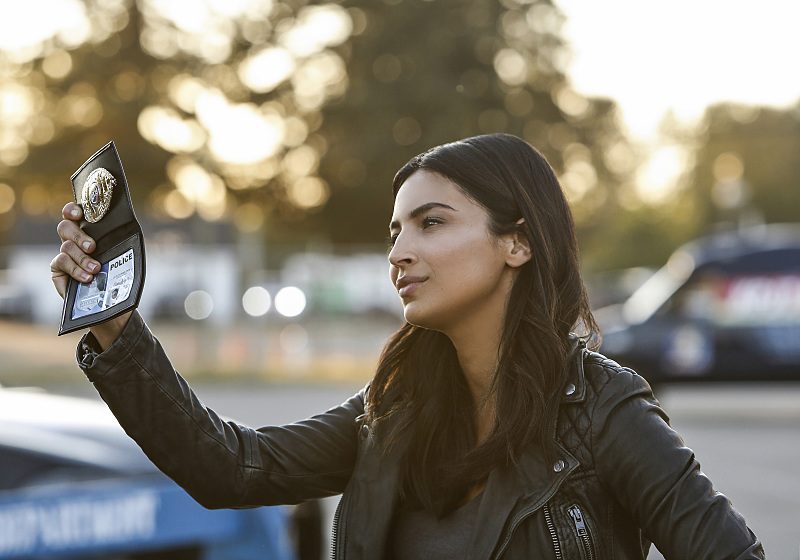 With that said, “Welcome to Earth” does manage to cram in a good number of themes and characters, to the point that I’ve gotten this far in the review without mentioning the introduction of Floriana Lima as Detective Maggie Sawyer. As with Mon-El, the show adapts the basic template of the Maggie Sawyer character from the comics while adding an extra dimension that makes the character even stronger. In this case, Maggie is not only a lesbian but also a woman of color, thereby giving her two ways in which she feels affinity with the alien community. (One wonders if the showrunners designed this version of Maggie after another Latina lesbian from DC Comics, Renee Montoya, who appeared on Fox's Gotham.) Moreover, Lima’s Maggie is simply more fun and dynamic than the fairly conservative DC Comics Maggie. There are even hints of a flirtatious relationship between her and Alex—who hasn’t had much romance aside from a brief dalliance with Max Lord—which would be quite the welcomed development from a diversity standpoint. To its credit, “Welcome to Earth” takes an expanded view of the current situation rather than explicitly advocate for one side over another. By using the cloak of sci-fi allegory, a superhero show like Supergirl can be more impactful with its political commentary without explicitly alienating a particular demographic. At the same time, the show successfully introduces a panoply of fun characters and concepts—and that includes the Miss Martian cameo at the end of the episode—that serve as an escapist release for those looking to get away from reality for approximately 40 minutes (not including commercials). All things considered, you can’t ask for much more than that.
Rating
8.5
Pros