Tales From The Borderlands: Episode 2 Review

-You can read our review of Tales From The Borderlands Episode 1 here. In that review we talk about the overall gameplay and look. This review is focusing on the story and characters of this new episode.
Waiting four months for a new episode of a TV show after the pilot airs would be absurd. Yet that is exactly what Telltale Games did. Did you enjoy the first episode of Tales From The Borderlands? I did and having to wait four months for the next episode is a bit ridiculous. But in the end what really matters is if this new episode, Atlas Mugged, is any good. And damn it, it’s pretty good.
I mention the long wait for two reasons: One, there isn’t a lot wrong with this episode and I needed SOMETHING to criticize. And two, I feel this episode would of been even better if it had only been a few weeks since the last episode. As I played this episode I found myself having to stop and think, really hard, to remember some of the events of the last episode.
The end of the last episode left Fiona the con artist, her sister, Rhys the Hyperion janitor and his bro in an hidden Atlas bunker. Inside they found weapons, tech and a strange Atlas device that could be the key to a Vault. Because if it’s a Borderlands game you have to be looking for a Vault. It’s the law. Anyways, right before the credits rolled a ghost/hologram version of Handsome Jack appeared. 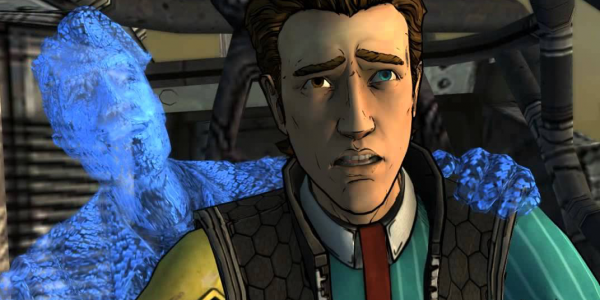 This episode starts right from this point and we see how Rhys is dealing with the Jack ghost. It’s bad enough that the crazy and dangerous Handsome Jack is just popping up but making things worse for Rhys is that only he can see Jack. This leads to a lot of awkward moments where you are talking to Jack and everyone else sees you talking to nothing.
The addition of Jack actually feels really good. He’s not overused and pops up here and there providing a nice amount of humor. As with the last episode the writing and voice acting are superb. I continue to really love these characters. Rhys tries so hard to be cool and bad-ass, yet fate never lets him. Fiona is a bad-ass and is fairly cool as well, but she can also be a bit immature, like spitting or going into a "bro bro bro" moment. Then again this is Borderlands, everyone is crazy and immature. Even your Loader Bot sidekick.
Quickly at the beginning of the episode an action sequence starts and after some explosions and shooting Fiona and Rhys are separated. Rhys and Vaughn are left in the desert and must make their way to a hidden Atlas facility. Meanwhile Fiona and her sister Sasha run into some trouble while trying to get their vehicle fixed.Both segments were filled with a good mix of dialogue, puzzles and action. 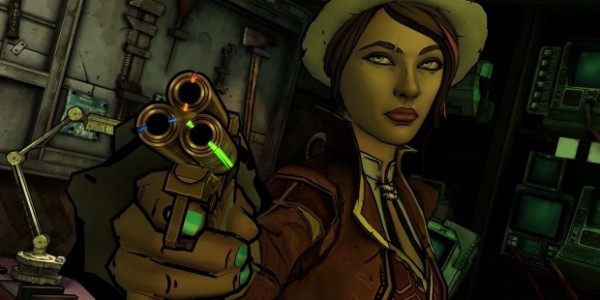 The action is the same "mash button" and "quick time events" as other Telltale games, but it works really well. I particularly enjoyed a moment where you scoop an eyeball out of a person's head. It feels nasty and sounds pretty grisly. As for the puzzles, there not  very challenging but I enjoyed them. They are just hard enough that you need to think, but not enough to stop your progress or cause any frustration. Throughout all of this there are some great decisions to make. Most of these decisions felt important but I was never sure exactly how. Which is the point. You never know what the consequences of your actions are going to be.After I finished the episode I found some decisions sticking with me. I already regret some of them.
This episode features a lot of previous Borderlands characters. Scooter, Athena and few others make appearances and interact with the main characters. I was worried this would feel shoehorned in or unnatural, but for the most part these characters fit right in. And it’s always nice seeing Scooter again. I really loved the joke where you have to decide to “sell out” and say his catchphrase or “keep your dignity.” 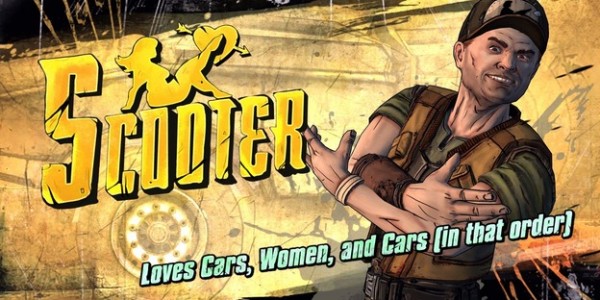 As always, humor is subjective but I found a lot of the jokes in this new episode of Tales From The Borderlands were successful and a lot of them made me laugh. Though I will warn that this episode REALLY assumes you know some of the characters from older Borderlands games. I doubt you would feel lost or confused if you didn’t know who Scooter was, but it certainly helps.
As this episode wrapped up I was left feeling like not a lot actually happened. We learn a bit more about the relationship Fiona and Sasha had with their father and we discover that Handsome Jack isn’t sure what he is. But I was left wanting a few more answers. Of course maybe that’s just because I had to wait four months to get this episode. 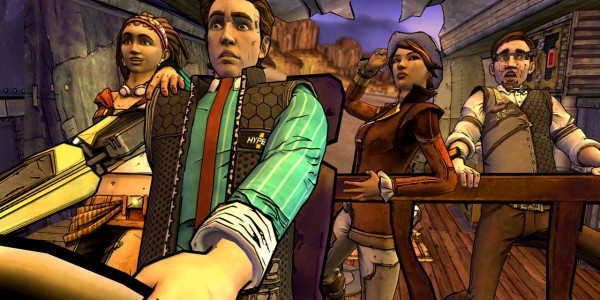 One really disappointing aspect of this episode was some of the technical issues I had. The usual stutters and freezes were there, a hallmark of the Telltale games, but I also had issues with characters not moving their lips and the sound cutting out. None of these issues were too common, but I’m finding it harder and harder to excuse these technical hiccups. Telltale has had years of experience with this engine. Hopefully things get smoother.
When I reached the end Tales From The Borderlands Episode 2, I felt really excited to see what’s going to happen next. You end the episode making a fairly big decision. I don’t know if what I picked will work, but either way  I can’t wait to see how it plays out.
Let’s just hope I don’t have to wait another four months to find out.
Rating
8.7
Pros