Each December, as the year comes to a close, I put together my Top 10 TV Shows of 2018 list. This year, I did that on a different site, but I thought I would put together a list of the Best of 2018 in TV for Entertainment Fuse. The Best New Show, the Best Performance, the Best Reality Competition Series. Something like that. This way, I can spread around the love and praise in a season that seems to beg for it. So, without further ado, I give you The Best of 2018 - TV Edition. 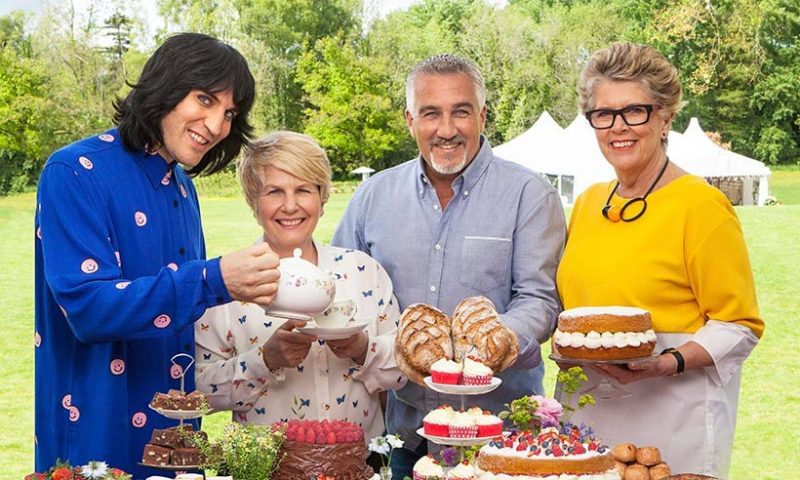 Honestly, this is just another opportunity to plug the best reality competition show on TV: The Great British Bake-Off (or, as it's called on Netflix here in the States, The Great British Baking Show). This series is like a warm, calming hug. And, let's face it, in our world today, we could all use a hug. While watching delightful Brits help each other make macarons. If you've avoided this series thinking it might be a bit too sweet for your tastes, I assure you there are plenty of funny innuendos and slightly off-color jokes to offset the lovefest. And if you aren't willing to watch Brits helping each other out, there's also the American equivalent of the show: Making It, a series from Parks and Recreation's Amy Poehler and Nick Offerman, that has delightful normal people making things. And while it isn't quite as amazing as Bake Off, it will still leave you with a smile on your face. 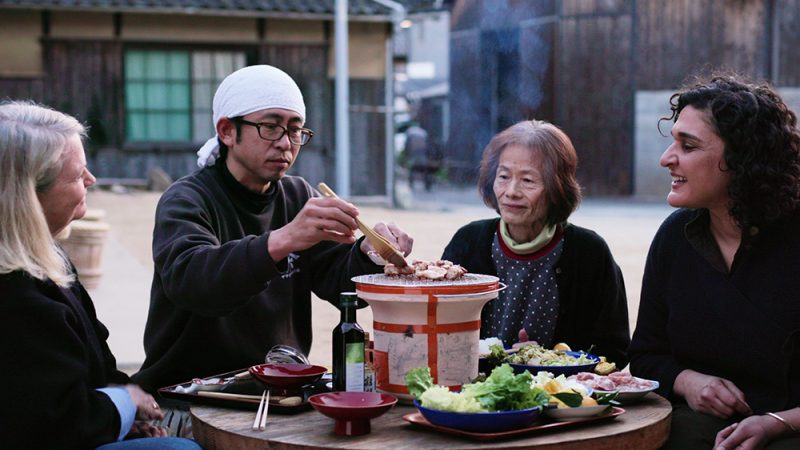 Netflix has churned out an insane amount of programming this year, and in that high volume, the streaming service has become the go-to source of cooking reality programming in the US. Not only is the network the home of Great British Bake-Off, it also houses the exquisite series Salt Fat Acid Heat. Based on the book by host Samin Nosrat, the series is only four episodes long but it's essential viewing for anyone who wants to know a bit more about the food we eat. Each episode is centered around one of the four elements of the title: for "Fat," Nosrat heads to Italy to explore the rich history of cheeses and olive oil in Italian cooking, while for "Salt," Nosrat heads to Japan to look at curating salt from seaweed and the history of creating soy sauce. It's a lesson in culture and cooking, but it's also meant to help the everyday cook better understand how each element of a dish creates the unique flavor profiles that we love. Personally, I learned that I haven't been salting my pasta nearly enough- and now my noodles taste incredible (seriously, I owe Nosrat for helping turn my weekly pasta dinner into something I really look forward to). Nosrat is incredibly knowledgeable, but she approaches each topic with a deep love of the cuisine and culture. She takes real joy out of delving into the topic, exploring the country with respect. It's wonderful to watch- and you might just learn a thing or two to make your own cooking even better. 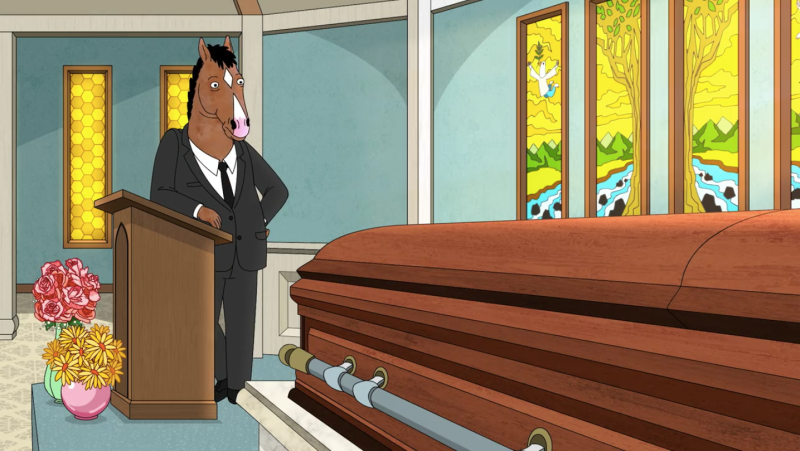 BoJack Horseman finds a way to become better every year, which, frankly, just isn't fair to the rest of the streaming masses. But, here we are, and BoJack was far and away the best streaming television had to offer in 2018. From the brilliant monologue episode "Free Churro," which ruminated on the mysteries of family connections, generational rifts, and how loss can sneak up and hit you when you least expect it, to the show's take on "Me Too" (fittingly smart, well-thought out, and absolutely refusing to let Hollywood off the hook for its years of accepting the status quo), it's one of the most topical and universally accessible shows on television. And it's centered around a washed-up 80s sitcom star who happens to be a talking anthropomorphized horse.

Best Episode of the Year

There are a number of contenders for this one: the previously mentioned "Free Churro" from BoJack, "Teddy Perkins" from Atlanta, "START" the stunning series finale from The Americans. But the one that stands out the most to me is "Two Storms," the much lauded sixth episode of The Haunting of Hill House. I enjoyed most of the surprise hit of the fall, although I did feel the show absolutely botched its ending, but the masterful filmmaking on display in that sixth episode . . . boy, what a thrill to watch. Shot in a total of six takes, the episode moves seamlessly from the present to the past (the entire set of both the present day funeral home and Hill House were built to cater to this episode, which is pretty incredible). If you watch the making of featurette available on YouTube, you'll see first hand just how spectacularly planned out this entire episode was (seriously, it's incredible). But not only was this episode a feat of directorial genius, it also managed to move the characters forward in leaps after spending the preceding five episodes focusing on each of the five children. It brings together all of the story threads in an explosive way. The series certainly peaked here, but what a peak it was.

Best Performance of the Year

Technically, I'm cheating a bit on this one and selecting two performances, but they are so intertwined that I could never just pick one. The Americans ended it's six season run with a wonderful final season- and an even better finale. That doesn't happen without the incredible performances from Keri Russell and Matthew Rhys as the Russian spy duo Elizabeth and Philip Jennings. While the series might have been full of espionage, the show was really about the delicate balance of a marriage. Beginning as a marriage of convenience, the relationship between Elizabeth and Philip grew and deepened throughout the course of the series. By the time season six rolled around, Russell and Rhys had crafted two characters who could communicate deeply personal emotional truths with a simple look (or, in Rhys's case, an expression of incomprehensible sadness). Russell was tasked with the harder job, with Elizabeth being the colder of the two, the less emotionally available to Philip and to the audience. But in this final season, Elizabeth needed to transform from a true Soviet solider into a more nuanced and balanced woman- someone who starts to doubt the only land she has ever called home, and all the pain that goes with that doubt. On the other side of things Rhys needed to convey the struggle of a man who has finally found contentment, only to have the rug completely pulled out from under him. These are two performances that build and feed off each other- much like the relationship between the characters themselves. Nowhere is this more evident than in the train sequence in the series finale. If you've seen it, you know what I'm talking about. If you haven't, I won't dare spoil it. The entire series is available for streaming on Amazon, and it's a show that will go down as an all-time great. The performance of the show's two stars is reason enough for you to watch it. 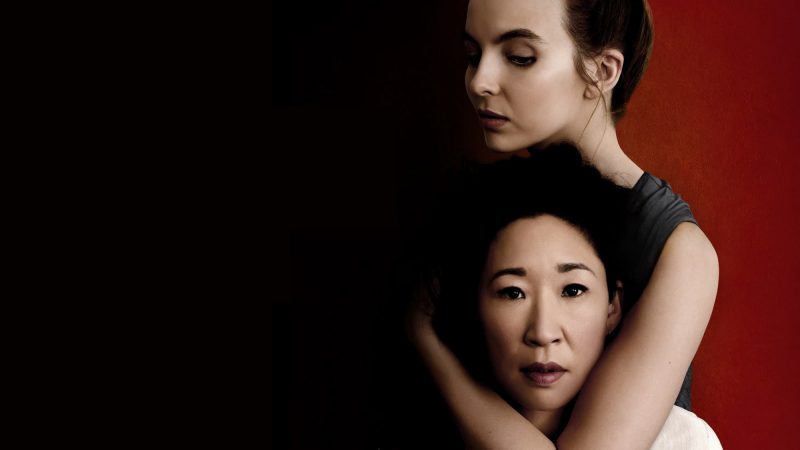 There were a number of good new shows this year, but there was only one truly great new series: BBC America's Killing Eve. I've written a lot about the series throughout the back half of 2018, but it's well deserved. The series managed the rare feat of gaining viewers each week (thanks to strong word of mouth), which is almost unheard of in today's television landscape. It managed to snag an Emmy nomination for Sandra Oh in the Leading Actress in a Drama category (a first for a woman of Asian descent), and has garnered several Golden Globe noms as well. It's the rare series that gained critical, award, and public recognition. And on it's first season, no less. With the series now streaming on Hulu, it's available to even more people (several of my BBC America-less friends have binged it, and all report to wanting season two, STAT). If you haven't watched this absolutely spectacular spy drama (which, in addition to bringing the dramatics and emotional oomph, is also bitingly funny), what are you waiting for?