The Bourne Modification: When Recasting the Face of a Franchise Works and Doesn’t

It doesn’t take a super spy to uncover the fact that Hollywood loves taking the easy way out (re: their “re” obsession – rehash, remake, reboot, re-imagine, redo, restyle and so on and so on). The most controversial (when it comes to fan reaction at least) is the recast, which is especially notable in the case of this Friday’s release The Bourne Legacy, which has swapped out former star Matt Damon with up-and-comer Jeremy Renner not five years after The Bourne Ultimatum became the highest grossing and most critically acclaimed of the trilogy.

It would be greatly unfair to call Mr. Renner a downgrade from Damon in terms of acting gravitas (the man has two Oscar nominations to his name), but as usual it comes down to the principle of the thing. If Damon felt like he was done with the series, why even attempt the swa?. Do they think people, subconsciously, can’t tell the difference? It’s like switching out chocolate chips with raisins in a cookie and hoping for the best. In light of this Bourne identity ultimatum, let’s look at the success or failure of other “re” incidents and see what they tell us about the "Bourne" future. 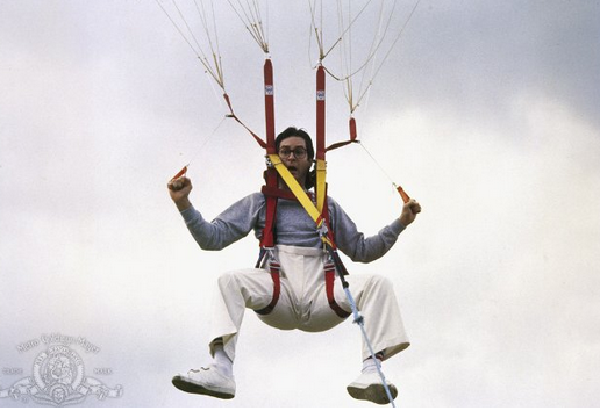 To Keep the Cash Flowing

Ok, technically speaking, this is an all-encompassing category when it comes to recasting one’s lead; if it don’t make the green, it ain’t on the screen. But for some properties that have experienced the ol’ reshuffle kerfuffle, the supposedly invisible hand of studio execs is more visible than ever.

Surprisingly (or actually, not really all that surprisingly) recasting to painfully protract a series has been going on actively since the 1980s. The first instance I can recall is the incredibly wrongheaded decision to continue the “Pink Panther” franchise after the death of Peter Sellers in 1980. If making that soulless call wasn’t bad enough, for Trail of the Pink Panther they even went so far as to fashion the film out of flackbacks and outtakes from previous entries and then call it “a tribute” to the comedian.

Unsurprisingly, the movie tanked, grossing $9 million (down from a series high with $49.5 million for Revenge of the Pink Panther). But no, they didn’t stop there, on came Curse of the Pink Panther ($4.5 million gross) which attempted to circumvent the absence of Inspector Clouseau with bumbling American detective Ted Wass and then Son of the Pink Panther ($2.4 million take) starring Roberto Benigni as Clouseau's illegitimate son (oh and don’t get me started on “sons of a.” Remember the $85 million dollar Jamie Kennedy disaster Son of the Mask? You don’t? Lucky bastard. Well let me just say that Kennedy is no friggin’ Jim Carrey). 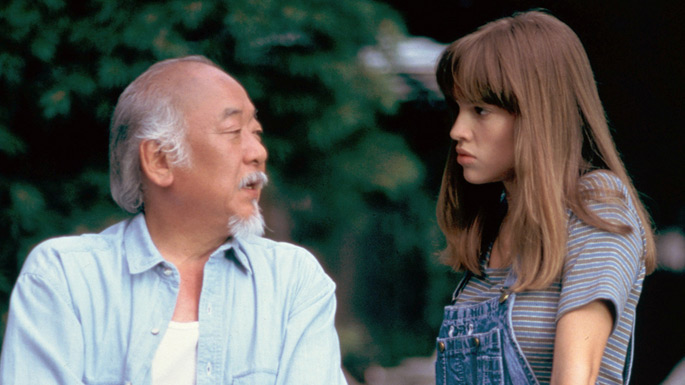 Also propping up an '80s franchise with some extremely clever trickery was The Next Karate Kid. Now people, just because Hillary Swank can play a convincing boy doesn’t mean we we’ll mistake her for Ralph Macchio. As was the case with many films discussed here, the film flopped and garnered some pretty toxic reviews. They should have just gone ahead and made a spin-off called “Miyagi.”

Then we have our most modern instances of attempts at rebranding (oh hey another “re”) with the Beckinsale-less Underworld: Rise of the Lycans and the disastrous Conan the Barbarian. Now, in both of these cases arguments could be made that these aren’t lead-swaps but rather entirely “separate” films – “Rise of the Lycans” a prequel and “Conan” a straight remake.

That being said, it was Beckinsale’s initial departure that made Sony tread into prequel territory and bring about the need for a replacement spandex-clad heroine. And who could honestly say that they wouldn’t have preferred to see AH-nuld return to the series that launched him into stardom. Nothing against Jason Momoa who was strong on Game of Thrones, but again, The Governator he is not. 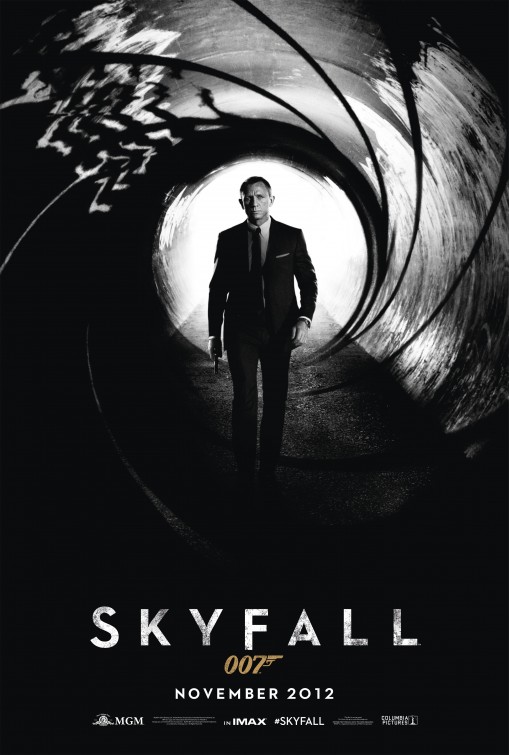 To Continue the Saga

So what is it then that makes recasting in some instances either a) absolutely allowable or b) even exciting, whereas in others it brings about death threats and franchise disintegration. Of course it would be egregiously ridiculous not to say acting caliber (and I once again remind you of the names Benigni, Kennedy and Momoa), but I think more integral is the strength of the series itself.

Matt Damon and Jeremy Renner as previously stated, are both talented, but is it that Renner is so immensely talented – the second coming of Orson Welles – that they ousted Damon just so they could have him in their series? Of course not. The entire Bourne franchise had pulled off the trifecta: fan admiration, critical success and financial consistency. There will always be some people who think one interpretation of a character is the quintessential one and will be upset they are no longer involved with a franchise. As such, the series must have good will and the self-sustaining substance to thrive after one lead has departed.

On that note, let’s address the martini-shaking elephant in the room. The heralding-in of the next reincarnation of James Bond has become not only a right of passage for an actor – a welcome into the big leagues – but is as exciting a process as the film itself. The older generations will raise their canes and walkers and shuffle in force to maintain Sean Connery is (and always will be) the greatest 007, whereas most teenagers (and more than a handful of middle-aged ladies) adore Daniel Craig’s interpretation. What remains consistent (and has for 50 years) is that people love James Bond – simple as that.

Our other frequently rebooting spy is a Mr. Jack Ryan, the brainchild of author Tom Clancy. Only Harrison Ford has portrayed the CIA analyst more than once, with Alec Baldwin and Ben Affleck all haven taken up the mantle over the last 20 years (Chris Pine will soon to added to the mix). Like Ian Flemming, Clancy’s seminal "Jack Ryan" works are dense, intelligent and thrilling in equal measure. Additionally, none of these actors are known consummately for portraying the intelligence officer. This greatly aids in the process of slipping a new actor into the universe for a new generation. 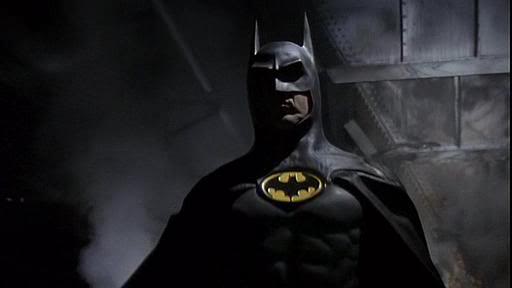 Nearly as famous as the Bond series for its many embodiments, Batman has also successfully (for the most part at least) recast its billionaire protagonist. But how can such a hugely popular character get away with such carrying so many faces over a relatively short time period?

One really need only look at a line of dialogue in Batman Begins when looking to determine the reason for fans' forgiveness regarding a frequently shifting Bruce Wayne:  “if you make yourself more than just a man, if you devote yourself to an ideal, and if they can't stop you, then you become something else entirely.” Wayne may change, but Batman – the icon – remains as desirably as ever (sans a nipple suit at least).

It will be interesting to see (now that the “quintessential” Batman has been brought to the screen courtesy of Nolan’s The Dark Knight Trilogy) if the next journey to Gotham will suffer without Christian Bale behind the cowl, or if it truly has been the combination of him, Nolan and the overarching vision that will determine the comparative quality of the (unavoidable) reboot.

For this summer’s The Amazing Spider-Man, we seem to have gotten a rare instance of a leading man upgrade with Andrew Garfield replacing Toby Maguire, though his fine work was lost in the discontent among many at the redux of the origin story. It may be too early to call if this was a successful instance of recasting or not. If “ASII” can follow the trajectory of the original trilogy and bring a film more thrilling than the first we may have one of the few cases where two similarly structured series can coexist. 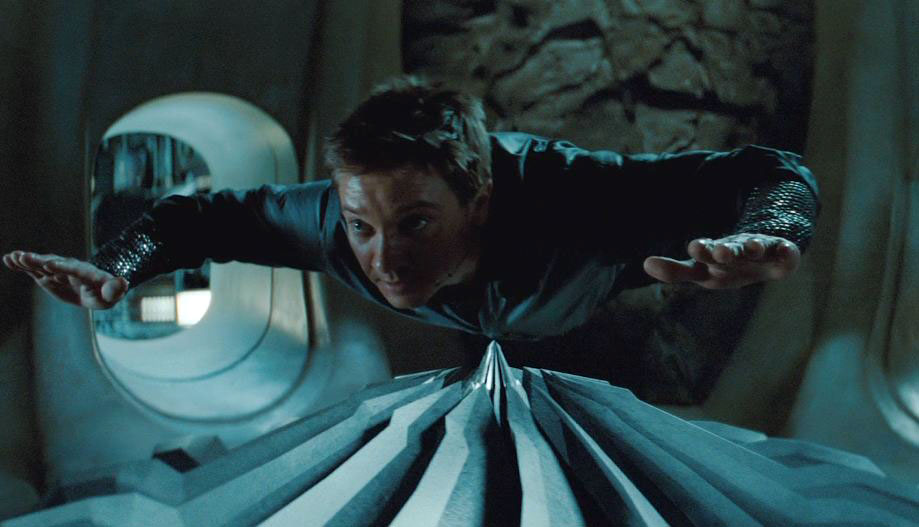 To Bring in Some Fresh Blood, or When Your Lead Isn't The Staple

And so we conclude things with the tough-to-categorize situations which encompass everything from questions of who actually is the big dog of a series, issues of aging characters all the way down to attempting re-castings, which, coincidently, brings us back to Jeremy Renner and his role in Mission: Impossible – Ghost Protocol.

Although in no way confirmed, it was heavily speculated that Renner’s William Brandt was actually being introduced as a successor to Tom Cruise – a movie star many have written off as washed out and on his way down the drain. Then “Ghost Protocol” made just shy of $700 million and grabbed the best reviews of the series and suddenly the original lead seemed much more palatable to the studio. We’ll never truly know if Paramount intended to give Cruise the boot, but the parallels between this franchise and the rebooted “Bourne” canon from over at Universal are extremely apparent.

While the identity of the lead was never in doubt in these cases, there is one series that has uniquely morphed over the course of its existence. As such, let me pose my last question: do you prefer your Hannibal Lecter with some Anthony Hopkins and a nice Jodie Foster or is the good doctor more enticing opposite Edward Norton or Julianne Moore? The Hannibal Lecter series began with Michael Mann’s Manhunter in 1986 starring Brian Cox as the famed cannibal, and was subsequently remade as Red Dragon with Hopkins in 2002 (though of course his first appearance was in The Silence of the Lambs, in which he was on screen for only 16 minutes). 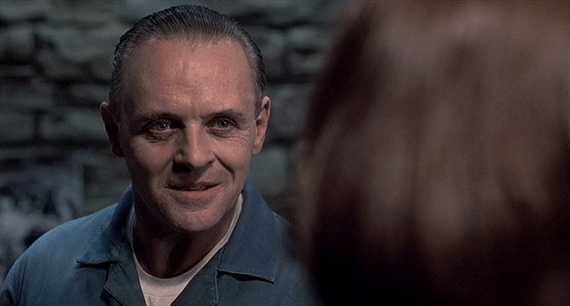 Hopkins was then exclusively seen as Lecter until the best-left-undiscussed prequel Hannibal Rising, and though he was absolutely the scene-stealing, fan favorite, he was never the lead. That didn’t stop Jodie Foster (who had the most screen time in “Lambs") from being replaced (in duty) by Edward Norton and then by Moore (in character) for Hannibal. The fact that there was no annoyance regarding the on-again, off-again presence of Clarice Starling really speaks to the potency of Hopkins and how much of a driving force his character is in these films.

Such could also be said for John Connor in “The Terminator” films, who has been portrayed by four different actors at varying points through the series. Michael Edwards briefly played “old John” in Terminator 2: Judgement Day, Edward Furlong as his younger version in the same film, Nick Stahl brought him to life in T3: Rise of the Machines and Christian Bale followed up in Terminator: Salvation.


Unless the films were to be shot with decade-long gaps in between (though looking at James Cameron’s far reaching plans for his Avatar sequels such a notion isn’t completely out there), it was impossible to have the same actor portray mankind’s savior over the 40-or-so years that passed from “Judgement Day” to “Salvation.” But once again, it was the originally envisioned supporting character (and villain for that matter) of Schwarzenegger’s T-800 who became the icon and made the human counterpart (actor wise) a moot issue, dickwad.

So after all this, where do we stand on the success of recasting? It pretty much seems to be a moderately calculated crapshoot. You need strong base material, a talented replacement, hope the two mesh well together and then cross your fingers that fans will respond favorably. Seems like the construction of most movies, actually, so maybe it shouldn't be seen that much of a big to-do after all.