The Fuseverse: The “Perfect” Comic Universe

In the early 60s when Marvel began what would later become its main universe, their timeline was the same as ours. One year for us was one year for them. Characters aged and things progressed as they do here. After a few years, however, Marvel slid into the everlasting universe that pretty much all comics use today. Superman and Batman have been around for 70+ years, their worlds always changing but never aging. 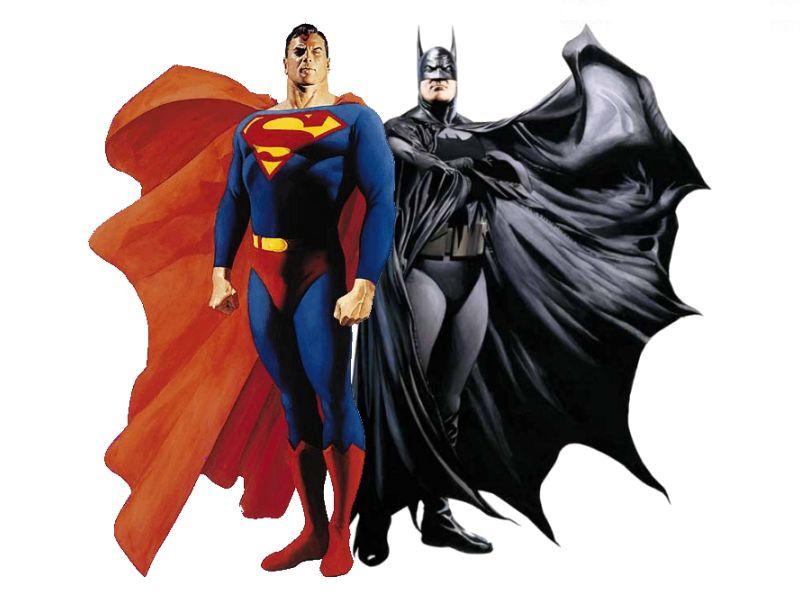 These guys should be over 100 years old

But how fascinating was Marvel's original idea? What if a comic universe like that existed? Why doesn't it? Such a universe would be not only unique, but good for both business and story telling.

How? Let me explain.

Already we have characters retiring and dying of old age (if they're lucky). Events change the course of their lives without getting buried under a half century of continuity. Characters who loose limbs, lose them for good. Characters who are affected by tragedy are scarred for life. Victories and defeats are long lasting.

More importantly, when people die they Uncle Ben it and stay dead. Forever. As a rule, anyone who dies, unless it's an incredible circumstance, never ever comes back. Could. You. IMAGINE the weight that give story arcs? Every fight with a villain could be the last time you see that character ever. Compare that to nowadays where Batman most assuredly will get out of any jam. Damian's death has no solid impact because he'll probably be back anyway. This perma-death fixes that problem. In the Fuseverse, the stakes are sky high all the time.

"But Mike," you say, stoking your pipe, "any publisher concerned with staying in business would never risk killing off its characters." First off, smoking is bad for you. Have you thought about quitting? Second, remember what Christopher Nolan and the 1996 Billy Zane classic The Phantom has taught us: even if the person behind the mask dies, the symbol lives on. If a superhero dies, someone will be there to take up the mantle so that the title can live on. Now all of a sudden you have fans fighting over which generation of hero is the best. People grow up alongside their favorite character. Some outlive them and must learn to love anew. Imagine if the other comic companies had been following this timeline for the past 70 whatever years. There would have been 3 or 4 generations of Batmen with Bruce having died of old age. Elderly Peter Parker and Mary Jane putz around their garden and talk at length about their grandchildren while T.J. McRadburg swings around the city as the third generation Spider-Man.

We don't talk about the second generation Spider-Man

This constant march of time allows writers to create without violating the past or being trapped by it. New protagonists mean new costumes, different life paths, and new outlooks. The shifting also makes it easier for new readers to jump into the universe with new characters.

Outside the timeline, we encounter the same problems Marvel runs into too. When fantastical comic book stories hit reality, the comic book becomes a sensational reflection of our own world.

Fortunately, Fuseverse turns this weakness to a strength. Imagine a comic book universe that includes realistic reactions to a fantastic event, lets say an alien invasion. Cities are devastated and struggle for footing over several issues. The military is called in, marshal law declared. Protest in the streets. Religious extremists, politicians, militants, all these people falling over each other for power. It might not affect a cosmic-level character, but it changes the landscape for street-level characters. Keep in mind, this isn't some big crossover event, this is just what happens in the world when some huge event happens in just one book.

The world suddenly becomes deliciously dynamic. Governments change, character relationships change, even cities change. After several massive fights between heroes and villains in, let's say New York, people begin to leave. Whole boroughs become ghost towns. The damage to the city becomes too expensive and is left in ruins. It could stay that way for decades, not comic book decades, real time decades.

Everything is reacting to the events of various titles, each one lasting and consequential. There have been events like this in mainstream comics, like Marvel's Civil War, but imagine a universe where this was the norm. A massive, dynamic universe that can be pretty different one year to the next. It would be like nothing else on sale.

A universe like the Fuseverse might never happen, whether from money-handlers who lack vision or creators too afraid of change, but the important thing is that, even if it was for this one brief article, we were all able to agree on how awesome The Phantom was.