Boasting an opening weekend take that can only be described as astonishing, Lionsgate’s The Hunger Games gobbled up $152.5 million, good enough for the third best opening weekend of all time.

Things got off to a bang for The Hunger Games at midnight showings, setting the non-sequel record with a huge $19.7 million (the seventh highest ever) before continuing to do gangbusters on opening day, sinking its teeth into a total of $67.3 million. The pace barely slowed on Saturday as the adaptation collected an additional $50.4 million before ending the weekend with a colossal $152.5 million. 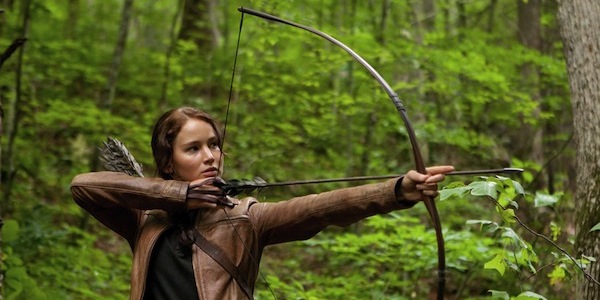 Although this result is nothing short of a windfall for Lionsgate, the true monetary potential is buried in its deceiving daily gross. Without the midnight screenings, The Hunger Games actually posted a boost from Friday to Saturday which indicates positive word of mouth and appeal beyond the core demographic who rushed out right away.

Among other records, The Hunger Games’ gross is the highest for the entire spring season and for March, which easily eclipsed the equally stunning $116.1-million take of Alice in Wonderland from 2010. The good times continued to roll internationally as the dystopian action flick snagged an additional $59.3 million, which brings its worldwide tally to a sensational $211.8 million. A harder drop is guaranteed next weekend simply because of all the up-front business, but the odds should be in its favor to score a domestic total north of $300 million.

After opening stronger than expected last weekend, 21 Jump Street held up well, dipping by 44 percent to $20.5 million. This brings its two-week take to an excellent $70.2 million ($86.2 million worldwide), and as such it is currently outpacing Superbad through the same period.

Despite debuting in limited release, abortion drama October Baby broke into the top 10 with $1.7 million and a decent $4,405 per-theater average. The faith-based crowd showed up for the film which was marketed by Samuel Goldwyn, the same company that had success in 2008 with Fireproof.

The final gross of note came from The Raid: Redemption, which attacked 14 theaters and scored a solid $213,785 and a $15,270 average. Great reviews and a marketing campaign that was more aggressive than usual for a foreign-language flick meant that people showed up despite The Hunger Games being available.

There will be no new champion next weekend, but two new wide releases enter multiplexes. Leading the way in a very-wide 3,500 theaters is sword-and-sandals sequel Wrath of the Titans and though it will certainly gross less than its predecessor, it should do gangbusters overseas. Secondly is revisionist fairytale Mirror Mirror, which will stare down 3,200 theaters as it attempts to connect with the family crowd.