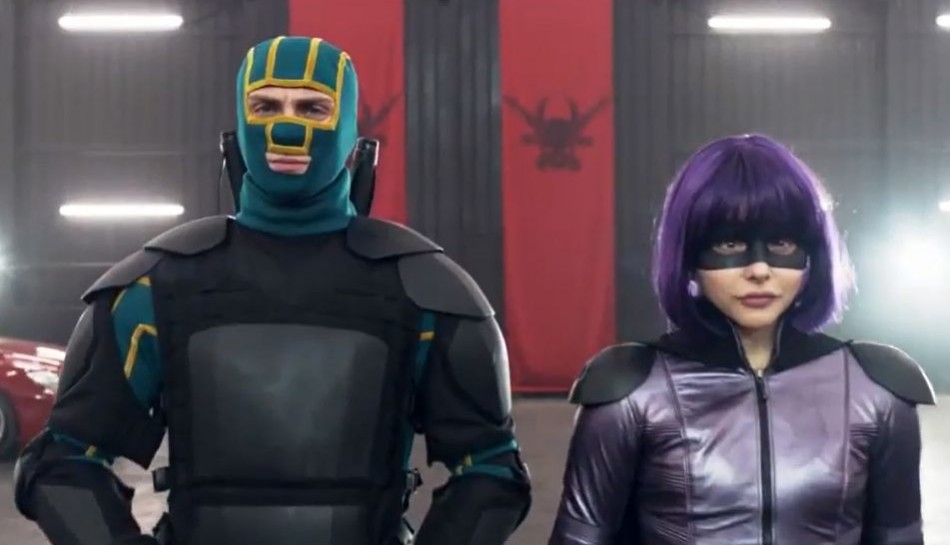 Opting to come out of the gate with (an often literal) bang, the first trailer for superhero satire Kick-Ass 2 goes the red band route, and delivers on the subversive, foul-mouthed humour that made the original a cult favourite.

Despite the departure of director Matthew Vaughan (in favour of Never Back Down’s Jeff Wadlow) who left the sequel to work on another superhero property, X-Men: Days of Future Past (which he ironically left as well) the Kick-Ass canon seems to be alive and firing. Many of the elements that made the original a success – cast, comic book-basing, over-the-top violence, foul humour – seem to remain intact, and together deliver a fantastically ntertaining trailer.

All of the principles are returning here, including Aaron Johnson as the titular nun chuck-wielding teen, Chloe Grace Moretz as the petite but deadly Hit Girl and Christopher Mintz-Plasse as the baddie-formerly-known-as-Red Mist. Clarke Duke also returns as Dave’s best buddy Marty.

Added to the mix are the likes of John Leguizamo, Donald Faison, Morris Chestnut and Lindy Booth (not featured in this trailer however) and most notably Jim Carrey who finally unveils his highly anticipated character of Colonel Stars and Stripes – and what a character.

We’ve seen the famous comedian test his comfort zone with dramatic roles in films like The Truman Show and Eternal Sunshine of the Spotless Mind and with some voice work roles, but we’ve never seen Carrey like this. Aside from reading the actual cast roster, if you said you knew it was him simply from the trailer, well, you’d be lying.

Hitting theaters on August 13, Kick-Ass 2 will find our heroes banding together with other vigilantes to defeat the deadly villain know as The Mother F---er who has assembled his own league of evil to enact his revenge.

Let us know what you think of this raunchy first look in the comments below.