"Almost ten years later, Twilight Princess gets the HD treatment "
By: Jeffrey Dy | Wii-U Reviews | March 9, 2016
In November 2006, Nintendo released The Legend of Zelda: Twilight Princess as a Wii launch title and a month later as the GameCube's swan song. For many Nintendo fans, it was a "hardcore" introduction to motion controls while Wii Sports attracted the casual audience and the rest was history with that. Controlling with the Wiimote and Nunchuk felt fine at the time, but many still prefer traditional controls that the GameCube version had. Almost ten years later, Twilight Princess returns in HD form on the Wii U. The new additions are not as drastic as The Wind Waker HD, but it's still a great Zelda game despite it's lingering flaws. 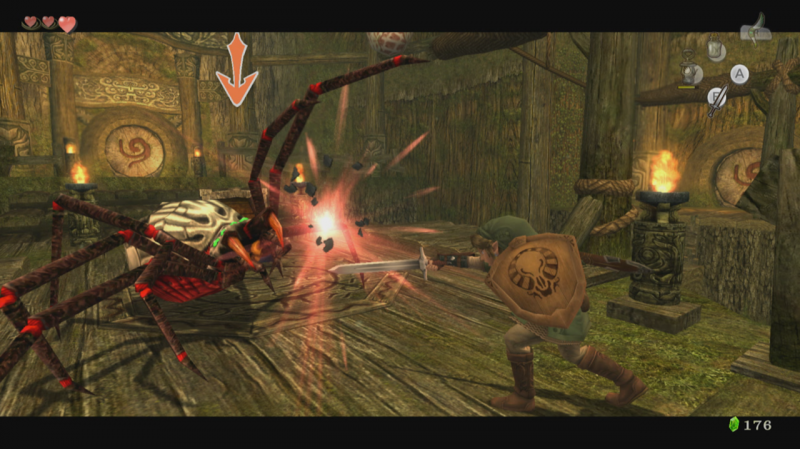 Hyrule is covered in twilight thanks to a new enemy Zant and it's up to a forest boy none other than Link to save the kingdom from complete darkness. The twilight has it's twists and turns because Link's first confrontation with it turns him into a wolf. A new sidekick named Midna finds Wolf Link and form an alliance to take down Zant and save Hyrule. Since it's still a Zelda game, of course Princess Zelda and Ganondorf are thrown into the mix as well. The main story for Twilight Princess HD still holds up for the series with the characters you know and care about, but the supporting cast are still an afterthought ten years later. I didn't care about the Ordon kids then and still now. Midna however is still one of the better sidekicks Link has ever had and I enjoyed how their relationship evolved through the course of the game. Zant is a good menacing threat and him being unorthodox is also what the series needed. When Twilight Princess HD was first announced, my reaction was well, why not. Wind Waker needed the HD remake more than this because the cel-shaded visuals would shine on a more powerful console than the GameCube and it did on the Wii U. In addition, the gameplay changes were more drastic than what we got with Twilight Princess from faster sailing and the shorter Triforce hunt. My big wish for Twilight Princess HD was to shorten the slow intro at the forest and I didn't get that. The beginning still takes a while to get going being a slog to play through, but once you turn into a wolf the game does take off in expected Zelda fashion. At least the tears of light collection sequences were shortened in this Wii U version and that's a worthwhile change. 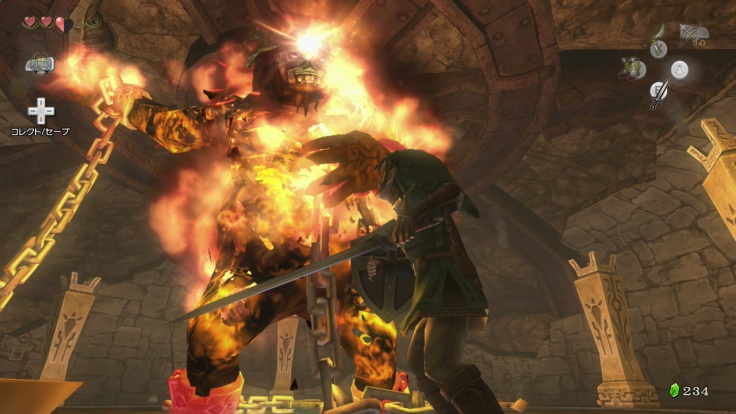 The Wii U version's gamepad implementation works great. Selecting and assigning items to the face buttons on the touch screen are better than dealing with the cluttered circle on the original versions. Gyro aiming is fine just like Wind Waker HD and the 3DS Zelda remakes. The biggest addition for the gamepad personally is being able to change back and forth between human and wolf Link when you get that ability instantly without talking to Midna. Dealing with less menus in general for something like that is a big improvement for this HD upgrade. Hero Mode is also selectable from the get go especially for experienced Zelda players wanting more of a challenge because the original back then wasn't that difficult to beat and the new version is the same case. Other incremental additions and changes range from stamps to collect, a new lantern that makes finding Poes easier, starting with a bigger rupee wallet and improved mobility when climbing or swimming. While the new additions are welcoming, there are however new issues in Twilight Princess HD. 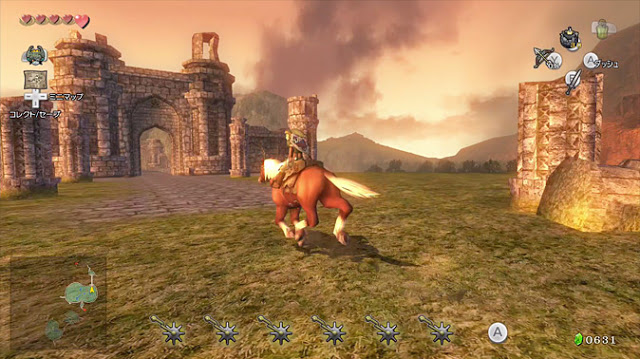 Controlling Epona in the original versions felt fine, but somehow the developers of the Wii U version made them worse. One slight turn with the analog stick and all of a sudden Epona is missing a jump gate. That has been my experience with her and the forced horseback sequences from the bridge battle to the escort mission are more frustrating when you're fighting the controls more than enemies to the point I rather travel around in wolf form than use her. Other than the intro still being boring, this is my other major issue with Twilight Princess HD. Also the camera can be bad in more hectic moments or freaking out at random times. Despite all of that, Twilight Princess is still a great Zelda game ten years later even though this was the one I felt the formula was starting to get stale. From getting the dungeon item and using that to beat the boss of that said dungeon, the overall structure of the game, minigames to get more upgrades, and heart pieces to find throughout Hyrule. Even the familiar names of locales and music for them relied on Ocarina of Time nostalgia a bit too much. What stood out positively for this entry in the series is the one of the better dungeon designs, the fun toys Link gets to use from the Gale Bommerang, Spinner, Dominion Rod and having two hookshots, the sword combat and Wolf Link's interesting spin to the gameplay. 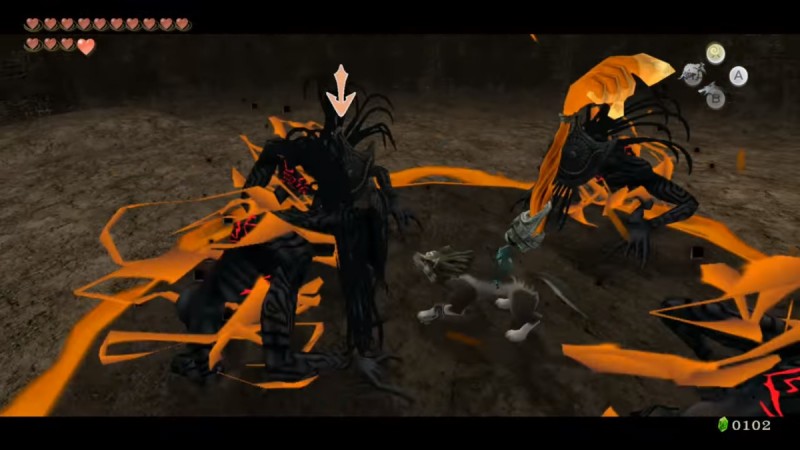 There is actually amiibo support for Twilight Princess HD. The Link/Toon Link ones refill your arrows, Zelda/Sheik refill your health and Ganondorf doubles the damage you take from enemies (try this in Hero Mode!). All those performs those tasks once per day, but the big one is the new Wolf Link that is bundled with retail copies of the game. The Wolf Link amiibo introduces a new "dungeon" called The Cave of Shadows. Yes, it's a dungeon in air quotes because it's more of a survival mode with only Wolf Link and no healing items unless you use the amiibos I mentioned above. The Cave of Shadows is basically the Cave of Ordeals from the main game with only the wolf because it looks exactly like it. It's an interesting challenge, but the reward for it is not much of a necessity. Another problem is how it's structured. You can only play the first few rooms when you first activate it, but you have to progress through certain points in the main game to reach the later rooms. Plus, you have to replay those first rooms again to access the later ones which makes this more repetitive than it should be. As the biggest new feature for the Wii U version besides the gamepad implementation, it's underwhelming. The HD upgrade to Twilight Princess does look great. The main characters do look better and this version's take on Hyrule Field has some spots for breathtaking visuals especially with the day/night cycle. However it's still a ten year old game despite it's improved rendering and resolution so some areas may look a bit off. Also, the forest kids are still the worst looking humans in the series. The music and voice acting are unchanged for the most part as the soundtrack still shines in the middle part of the game. 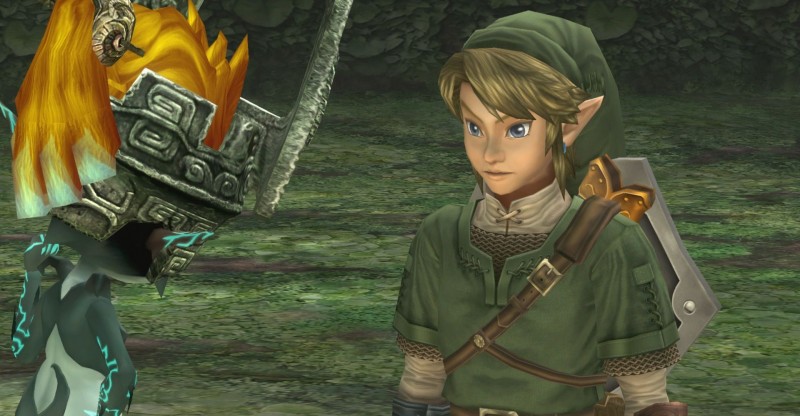 The Legend of Zelda: Twilight Princess HD is a great game despite it's lingering issues from the original versions. From the combat, dungeon design, gamepad implementation and little changes that made some sections easier, it's still one of the better entries of the series. However, the slow intro remains unchanged which remains a chore to play today, Epona controls are way worse than they were before and the camera can be a problem in more hectic situations. This was also the Zelda game that relied on the formula too much, but being the one between Wind Waker and the motion-controlled only Skyward Sword, Nintendo going back to basics to get fans back after the cel-shaded backlash was the safe choice to go with. Twilight Princess did try some things different with the Wolf Link stuff and Midna being more of an important sidekick, but not enough to shake up the entire franchise then. The amiibo functionality is also underwhelming. specifically the new Cave of Shadows. For those itching to play a Zelda game before the new one is out on Wii U (or also the NX), Twilight Princess HD is worth playing again for fans and also a good one to start with for first timers.
Rating
8.0
Pros