"An Addictive Show So Bad You Won't Be Able to Stop Humming or Tweeting Afterwards"
By: Erik Walker | TV Reviews | January 5, 2019

Give 'em the old razzle dazzle Razzle Dazzle 'em Give 'em an act with lots of flash in it And the reaction will be passionate Give 'em the old hocus pocus Bead and feather 'em How can they see with sequins in their eyes?

What if your hinges all are rusting? What if, in fact, you're just disgusting?

(from  “Razzle Dazzle in Chicago, The Musical”)

It’s a show with strange costumes, blaring music, clumsy choreography with unnecessary backup dancers, and a heck of a lot of cringe-worthy moments. And it’s taking America by storm.

No, I’m not talking about season 2 of MTV’s “Ex on the Beach” (that review is coming up next week), but an immediate pop culture and ratings sensation.

Peacock vs Hippo, Monster vs Unicorn and Deer vs Lion. Who will win?

But more importantly: What celebrity is behind each mask?

These are some of the questions you may find yourself asking if you are watching The Masked Singer and taking it seriously. The show, that technically belongs to the musical reality competition genre,  debuted this week and airs Wednesdays at 9 Eastern/8 Central or can be streamed online here: https://www.fox.com/watch/54074345bfce9b3069c4523fb673a41a/

Of course, if you’re like most of Americans, and are watching the show much less seriously, more pressing questions may pop into your head:

“Are the judges really, really that dim?”

“Are those real feathers on that costume?”

“Am I still watching this?”

“Did I get hit that hard at the gym. What are the symptoms of a concussion? Do unicorns sing?”

“Is the host, Nick Cannon, actually flirting with costumed creatures on stage?”

Executive producers Craig Pletis (Minute to Win It) and Izzie Pick Ibarra (Dancing With the Stars) have already dazzled us with a cacophony of costume, sound, dance, and razzle-dazzle that is so distracting it seems to take us away from the lack of traditional competition show substance: quality contestants, informative judges, and some degree of discipline. 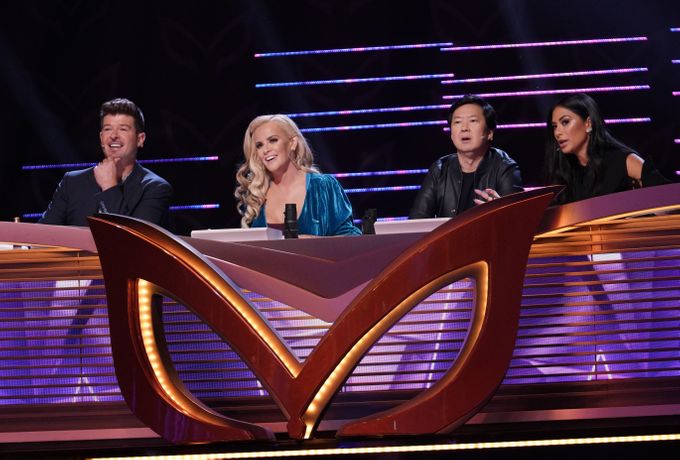 Forget everything you know about singing shows like American Idol, The Voice, or America’s Got Talent. In many ways, I honestly think this show is meant as a half-satire, half-mockumentary of such things. But whether you take it seriously or can’t stop laughing, one aspect of the show is likely to set this show apart from those other TV musical competitions and it’s not the costuming and masks: it’s an interactive hit: your ability to watch the show live and join the most-trended on twitter conversation will make you part of a larger audience and pull you into a hysterically funny national conversation that occurs in real-time.

What works here when those other singing competition shows have become formulaic is that there are two equally compelling storylines in this bizarre show: We are glued to the television trying to out-guess the judges and our fellow TV watchers about the identity of each “masked” singer while we are also lulled into rooting for some of the masked animal/creatures to defeat the other ones in their singing battles and “move on” in the competition.

There are 12 masked celebrities and one will be eliminated each episodes (although only 6 appeared in the first episode, so perhaps in the initial episodes of the show we will only be visited by six dancing, singing animorphs in each episode).

In the premiere, when Unicorn got more votes than Monster, for example, I was briefly nervous the Internet would break with outrage. I was half-expecting the President to tweet immediate disapproval or announce a government intervention.

But in 2019, the year of The Masked Singer, the election results are less important than checking in with your social media friends and frenemies. The immediate interactive nature of this show is unparalleled in that tens of thousands (of the millions of Americans who are watching live) tweet. They tweet their guesses of who each masked creature is, they tweet their support or disapproval of the quality of their voice and/or song, they tweet comments in support or against the judges, and they share humor and memes that are even more entertaining than dancing unicorns and hippos.

The judges are good TV precisely because they aren’t good judges. This “celebrity panel” (as host Nick Cannon refers to it) is made up of Robin Thicke, Jenny McCarthy, Ken Jeong, and Nicole Scherzinger and they seem more competent at providing commentary on musical prowess than they are at guessing the celebrities behind the furry costumes.

They do not have the insight of Katy Perry of American Idol or John Legend of The Voice. My hunch is some of their poor guessing is producer-created (they don’t want to accurately guess the contestants the first night since these contestants will stay on the show awhile) but they also are really, really bad guessers. I think they are genuinely baffled and confused. But they have enormous fun shouting compliments to the dancing masked creatures or making seemingly-astute comments like “That deer is huge! He can’t be a jockey!”

Still, the judges are somewhat appealing. McCarthy is more reserved than her oft-obnoxious crowd-wandering self in her annual New Year’s Rockin’ Eve and Jeong’s humor works in any situation on the show. Thicke and Scherzinger try to be more serious and discuss tonal qualities of voice and whether or not the singers miss notes, but it doesn’t seem anyone else on the panel or in the audience is paying much attention to their analysis.

The celebrities are promised to be a combination of “Emmy winners, Grammy winners, and star athletes” according to Cannon. Still, it’s uncertain whether the studio audience will vote for the best voice or the best dance or the best costume.

But remember, I don’t think it matters.

The show is meant to entertain. So whether you’re guessing the identity of the singer, enjoying the performances (amazingly bad in some cases, surprisingly good in others), or simply watching live to see the creative online memes and tweets floating through cyberspace, there’s a bit of something for everyone. 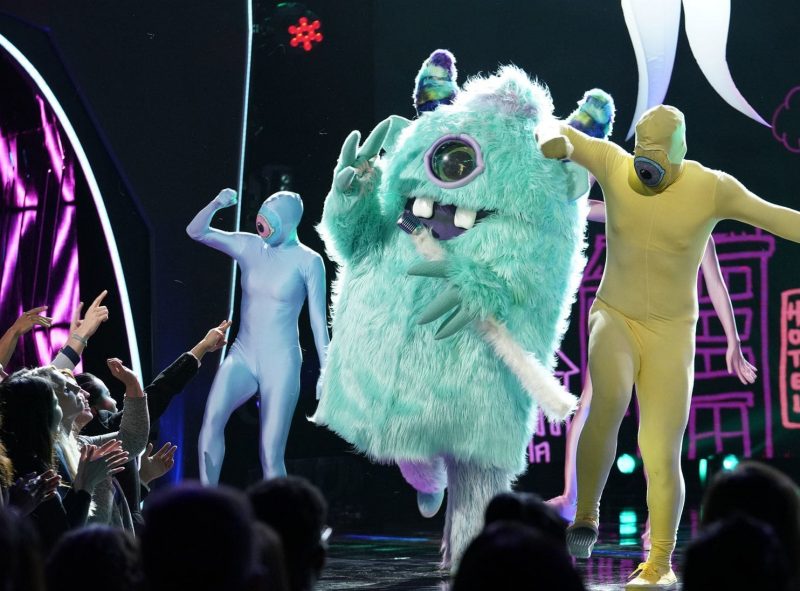 And it’s something only live TV can do. Bring us together watching a show and interacting online at the exact same moment in time.

Near the end of the premiere, I muted a commercial, and my old batteries in the remote apparently didn’t have enough energy left to un-mute the show when it came back on. For several disorienting seconds, I had to watch the show on mute, unable to change the channel or add volume. Yes, I’m a professional…staring at the TV while a giant deer is dancing on a stage and a panel of judges are giving strange looks to it. I wondered if I was in Narnia. I wondered if I was concussed. Was I perhaps suffering the initial stages of a migraine-induced stroke?

This is one of many out-of-this-world experiences you, too, may suffer from if you dare to watch the show. It’s crazy. And strange. But with or without the broken batteries (in my remote), I really couldn’t stop watching it. And today I couldn’t stop talking about it.

And like Billy Flynn, the Chicago character who uses every bell and whistle to distract the jury from the guilt of his clients, Fox has successfully distracted us from the quality of this show. And yet we can’t help but root for the show—in all its terrible glory. We know it’s bad. But we can’t help but we can’t cancel the late doctor appointment, avoid our new year’s resolution of going to the gym, or telling our friends to meet us on twitter next Wednesday. Because our reality fix is calling to us. And it’s The Masked Singer.

Show 'em the first rate sorcerer you are Long as you keep 'em way off balance How can they spot you've got no talents? Razzle Dazzle 'em

And they'll make you a star!