As the Genoa story continues to build, this latest episode of The Newsroom features a plot based primarily on the story and the aftermath. More evidence is finally revealed in relation to the trial and audiences see more of the news team being interviewed by Rebecca Halliday and the other lawyers. The other lawyers even begin to speak up more, raising the intensity for everyone on the show. This story seems to be hurting everyone involved with the station and audiences are finally able to learn that the trial was brought on in the first place by Jerry after being fired. This episode is spot on and one of the most well-done of the series, as it truly dives into the psyche of each of the characters, forcing each of them to admit things about themselves. The writing, along with the performances of each of the actors involved, is excellent in a very intense episode, never losing the interest of the viewer.

In the first briefing interview, Don reveals more information about the case and lets viewers know that the network is being sued for wrongful termination because of the way that Jerry was let go. This is the first that we have heard about Jerry being let go, although it certainly makes sense given the way he conducted himself during the story and broke all sorts of ethical codes. It was hard to relate to the character of Jerry, who simply wanted to get this story at all cost. It seems that he has pretty much dismantled the network at this point which also makes audiences wonder...did he plan this whole thing in order to sabotage the network? Much of the first part of this episode is designed to show the interviews that each of the members of the team are forced to endure when they meet with Halliday. There is also another red team meeting with Jerry and the rest of the team in which the finally decide that it is okay to go ahead and report the story. 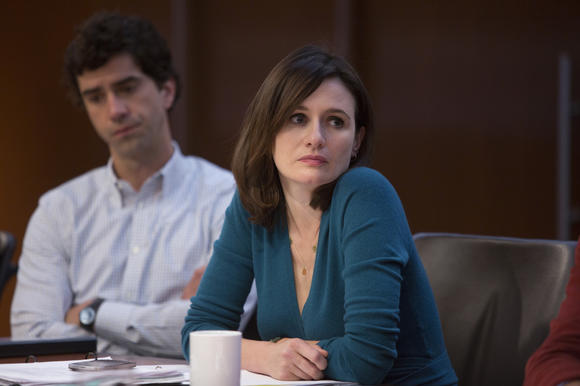 The briefing room scenes in this episode are simply brilliant. Each of the characters is on edge, and their anxiety is filmed in a way that gets the viewers hooked. Their acting is excellent as usual, especially the performances that we get from Sloan and Don, who have each become increasingly more powerful characters as of late. Jim is extremely nervous throughout his briefing, as they each proceed to question him about how he got involved with the Romney campaign in the first place, asking if he was the only or most qualified person for the job, which of course he was not. They are simply trying to figure out why had left the team at such a critical time, but left Jim in a very uneasy state, forcing him to admit that the reason he had to leave was due to Maggie. Neal is interviewed in a very awkward interview, with Halliday questioning him about the evidence presented, and he insists that he does not have credibility to judge on the quality of that evidence, since he is not a reporter.

The team finally decides to go with the story and give it airtime, while interviewing Sweeney on air. Sweeney is the first witness they found regarding the story, and although they examine his account of what happened, something unexpected forces the team to re-examine his credibility as a witness. Sweeney reveals on air that he has a traumatic brain injury, which does wonders for his credibility. Don essentially gets scared of what could happen if the questioning continues, and when he advises their new anchor to get out as soon as possible, they cut to a commercial. After this tragic episode of News Night, one that seems to have crushed the careers of everyone involved, it appears that Will's ratings were at the highest they have been in a while, pulling in 5.8 million viewers. To take a bit of the attention away from Genoa just briefly, the team is shown covering the protests that happened in Cairo of September 2012, which then led to Libya shortly after. 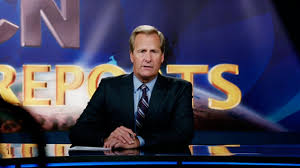 The team meets late at night in order to discuss what happened with Sweeney on air and where they can go from there. Jerry is continually portrayed as a man under attack, and due to the briefings set to be conducted in the future, we know that things do not end well for him. Jerry feels like everyone is against him simply because he is the new guy, but we can all see that Jerry did not have enough information and took drastic measures in order to get the story that he wanted. Due to an interesting conversation that Mackenzie had with Will earlier in the episode about sports and the shot clock, she is able to discover that Jerry edited the tape to essentially have General Stomtonovich say what Jerry wanted him to. She plays the tape over and checks the times, realizing that when he said "we used sarin" it was obviously edited and she is able to confront Jerry immediately after this and fire him.

After Jerry is finally fired, we can finally see story going somewhere. He tells Mackenzie he's been fired, and we all know that he will be back for more. It seems that somehow he is right in his attempt to sue because the entire team was responsible for a story going wrong and he was the only one who was let go because of it. I wonder if he planned to destroy the network from within when he first came to work for ACN. In the final scene, we see Will, Charlie and Mackenzie all go to Leona Lansing in order to resign, but she refuses to accept their resignations and all of a sudden Halliday appears out of nowhere and we hear Leona referring to her as Becca. Jane Fonda gives an incredible, Emmy-worthy performance as Leona in this scene. She is fired up about the situation and Charlie even questions whether she is high given the way she's talking. She just keeps going on and on about Daniel Craig and how much she loves him after attending the premiere of Skyfall. All of the pieces are starting to come in to place in the trial and after Jerry finally getting fired, we will see where the creator of the series, Aaron Sorkin takes us from here. What does everyone think will happen? Why did Jerry keep pushing for this story? Did it really happen or what?

-- Neal: "Will was the only one in the room who had not heard the story before, no emotion." Neal seems to be confused as to how Will could not be showing any emotion after seeing Sweeney's tape. He tells this to Halliday and the other lawyers, before being pestered by them about the evidence.

-- After the ratings surprise following Will's broadcast, he tells Charlie, "Those are I Love Lucy numbers. That's great." Good job Will, too bad they were all for nothing and News Night is now hurtling over a cliff.

-- Jerry: "Why would he lie about a story that wasn't true?" Interesting point, but because he had a brain injury, apparently. This is in reference to Sweeney, who is obviously unreliable at this point. Who really knows if Genoa even happened...Jerry certainly can't prove it.

-- Don smartly responds to Jerry with, "He lied about an injury where the most common symptom is memory loss." Don continues to impress with me with his strong and very aggressive statements.

-- In an incredible close to the episode, we see a very dramatic scene that takes place between Leona, Charlie, Will, and Mackenzie. Charlie admits that they have lost credibility with the people when he says,  "We no longer have the trust of the public."  Leona aggressively replies, "then get it back," and the credits begin to roll...

-- It seems that anything could happen in the final episodes of this very intense season. We have an interesting return from Fonda's character, who has been absent most of the season. She certainly returns with a bang and puts on a strong act in the short couple of minutes that she appears on screen, being very key to the plot.