When the unsurprisingly vague trailer for Matthew Weiner's Mad Men follow-up The Romanoffs dropped this past summer, it made viewers wonder just what, exactly, the anthology series would be about. After watching the first three episodes released for critics (of eight total), I'm still wondering. While critics were presented with the typical Weiner list of things we aren't supposed to discuss (Mad Man screeners were infamous for coming with lists of the most mundane things critics couldn't touch on in their reviews), I'll try to enlighten you all as to why The Romanoffs misses the mark more than it hits it.

Each of the first three episodes of The Romanoffs is (mostly) self-contained, with a unique cast of actors telling varied stories - with the one through line being that a character in each episode believes (with varying degrees of earnestness) they are a descendant of the former ruling family of Russia. For example, episode one, "The Violet Hour," is set in Paris, stars Aaron Eckhart, Marthe Keller, Inès Melab, and Louise Bourgoin, and focuses on the family drama surrounding the inheritance of a spectacular apartment (with a connection to the Romanoffs). Episode two, "The Royal We," explores the struggles of a marriage (with a connection to the Romanoffs) and stars Corey Stoll, Kerry Bishé, Janet Montgomery, and Noah Wyle. While episode three, "House of Special Purpose," follows shooting of a miniseries about the Romanoffs (with a bit of a supernatural element), and stars Christina Hendricks, Isabelle Huppert, Jack Huston, Mike Doyle, and Paul Reiser. So, lots of different stories with varying connections to the title family. But, despite some really wonderful performances, each episode lacks any real compelling narrative to make one want to recommend the series. 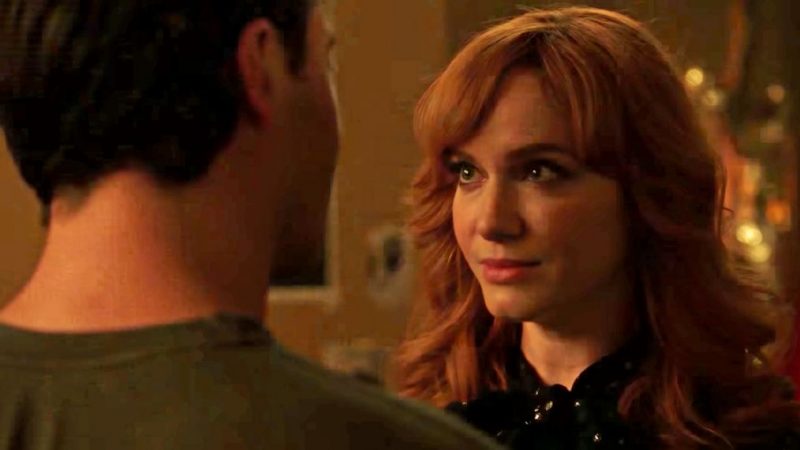 The difficulty with anthology stories is that, by the nature of having an anthology, some episodes will be stronger than others (see also Black Mirror). And that's certainly the case here. "The Violet Hour" starts with an interesting conceit and fails to see it through to the end. One half of "The Royal We" is great, the other side of the story, less so. And "House of Special Purpose" has a lot of interesting elements, but fails to coalesce into the story it could be by taking the easy way out.

But these first three episodes all suffer from the same major problem: running time. Each clocks in at around 1.5 hours (feature film length), and could have easily been cut down to an hour without losing anything. Additional installments will vary in time from an hour to an hour and a half, but the bloated running times of the first three episodes do not bode well for brevity in future episodes. And sure, I'm just as happy as the next person to spend an hour watching the excellent Kerry Bishé shine (after watching "The Royal We," I desperately wanted to watch Bishé again in the far superior Halt and Catch Fire), or watch Christina Hendricks and Isabelle Huppert face off (seriously, I'd watch the hell out of a film starring these two with a stronger story). But each episode dragged too much to make me want to recommend any of them (with "House of Special Purpose" comes closest to telling a complete story).

As a fan of Mad Men, it's particularly disappointing to have Weiner fall so short on his follow-up. Perhaps the problem is that he's so used to telling strictly serialized stories, where characters have the chance to grow and audiences have the chance to fall in love with them, flaws and all. Or that the Romanoff through line just isn't enough to hang an entire anthology on (I never felt truly transported into any of the three stories, despite the massive production values and strong actors inhabiting the landscape). The audience isn't called upon to make any real emotional investment in the characters, which in turn leaves us feeling like we're on the outside looking in. And that's a plain shame.

The first two episodes of The Romanoffs will be released Friday, October 12 on Amazon, with subsequent episodes released to the streaming service weekly.