The Top 10 Most Awesome Moments From Pacific Rim

The release of Guillermo del Toro’s has been a long time coming for a number of moviegoers, be they fans of the director, Mecha and Kaiju genres or those generally looking for a fun blockbuster time at the movies. Here at Entertainment Fuse Pacific Rim went over immensely well with a number of our writers and essentially, we can’t stop talking about it. So to control some of the overflow, here are the top 10 best moments from this past weekend’s monster-machine throwdown. 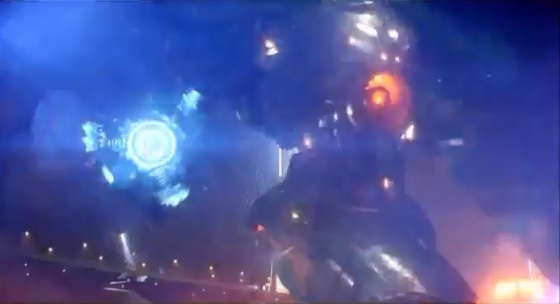 10. Checking For a Pulse

Easily one of the film’s most immature moments, Raleigh and his hulking Gipsy Danger take some extra steps to make sure the latest Kaiju they bring down stays that way. Zombieland reminded us how important the “double tap” is when it comes to dispensing of the undead, but when it comes to towering, other-dimensional monsters excess is never a poor option. Plasma cannon: 1. Kaiju brain: 0. 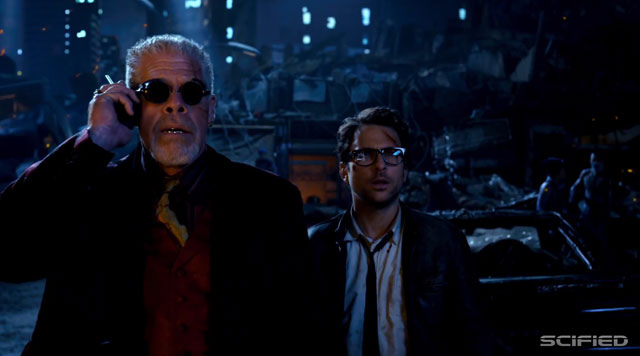 They say first impressions are everything and for Charlie Day’s Dr. Newton Geiszler, following his initial encounter with black market organ dealer Hannibal Chau, he certainly has an impression of a switchblade on the inside of his nostril. Both Day (and Ron Perlman who portrays Chau) provide some of ’s finest comedic relief and when paired, and seeing their personalities clash, it’s certainly a tonne of fun.

Just when it looked like Gipsy Danger may have finally felled the mighty class four Kaiju, the one they call Otachi pulls out a little trick, busts out some mighty wings and carries the Jaeger to what should be its certain doom. This scene continues to speak to the diverse nature of del Toro’s creations, never sticking to one design for too long before treating the audience to something new. 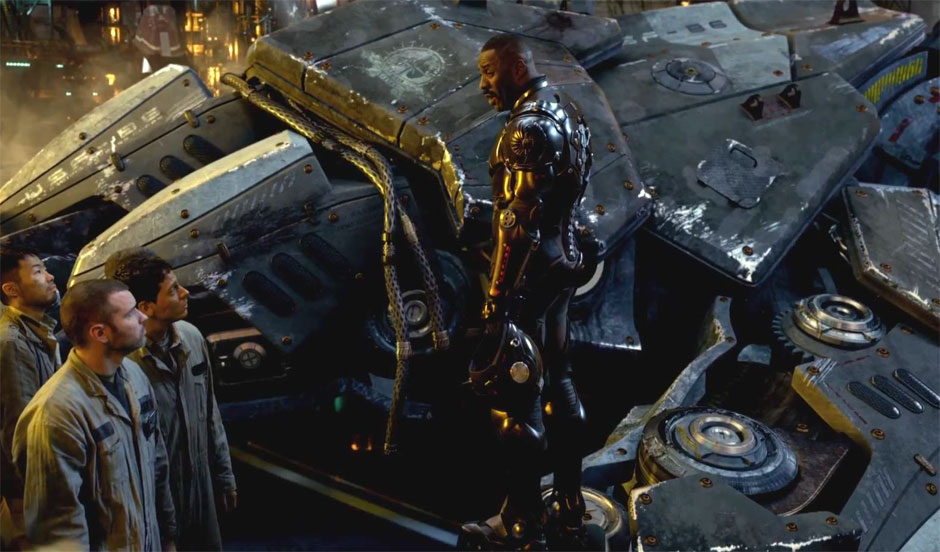 Everything Idris Elba’s characters do seem to be inherently epic but seeing him strut down the runway in his combat suit after years on the sidelines instils in all of us a big f*** yeah! The fact that he is going to his certain demise just makes it all the more heroic, not to mention he must say goodbye to adoptive daughter which again ties in the emotional element to it all. Stacker Pentecost gets his final punches and goes out in a blaze of epic glory.

Another moment of giddy action goodness comes after the defeat of Jaegers Cherno Alpha and Crimson Typhoon after the first ever double event, once again leaving Gipsy Danger to save the day. In a slick bit of piloting the Jaeger boosts up above Leatherback, grabs its shoulders and then swings back down tossing the creature over its head and far across the bay. It’s but one part of the extended set piece but it’s by far one of the most creative. And P.S. I couldn'd find an image of that particular scene so enjoy this awesome GIF. 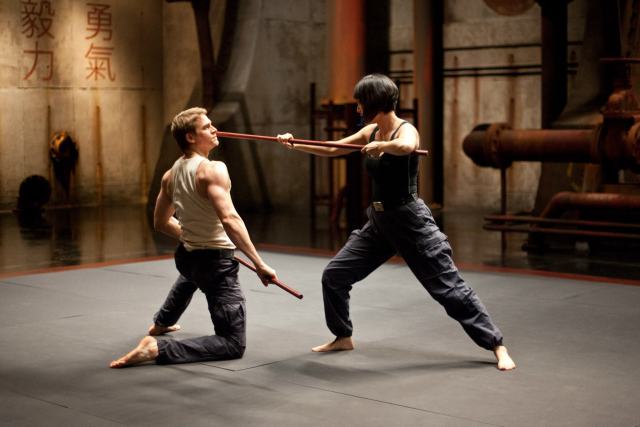 Not of all of ’s impressive fights is between gargantuan beasts but also take the form of some slick smaller skirmishes, chiefly the Asian inspired duel between future co-pilots Raleigh and Mako. Not only is the choreography of this duel slick as hell but it certainly helps build the bond between these two main characters. The result may be more or less a tie between them but for the viewer, we all win. 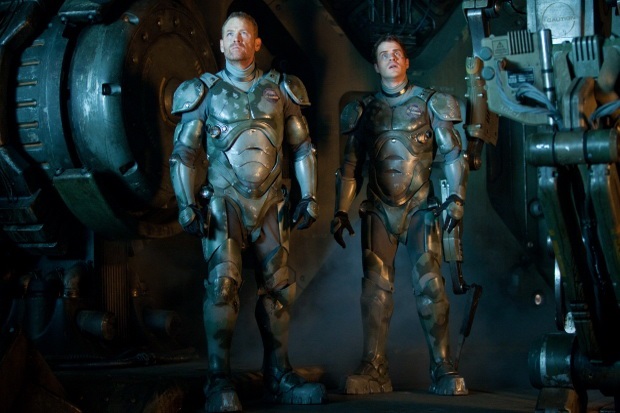 One of the most welcome surprises of was how the human element wasn’t dismissed and furthermore how emotionally potent the relationships between some characters were (not to mention how heavily some of their grave decisions weigh). The strongest example of this and one that plays on the common formula occurs when the Hansen men – father and son – have to be separated for the final battle. With Herc wounded and unable to pilot the Jaeger, it’s up to his son Chuck to ride – or in this case stride – into battle resulting in a teary-eyed goodbye. Typically we see the father sacrificing himself to save his child but with this reversal, the effect is even more searing.

Featured prominently in much of the film’s promotional material (and justifiably so) Gipsy Danger dragging an ocean liner through the streets of Tokyo before using it as a club is both effective in adding to Pacific Rim’s already off-the-meter coolness and in a way to further convey the scale of this battle. To cap things off, the way the vessel comes to rest in the end is just another little geeky treat from a director who had given us so many already. 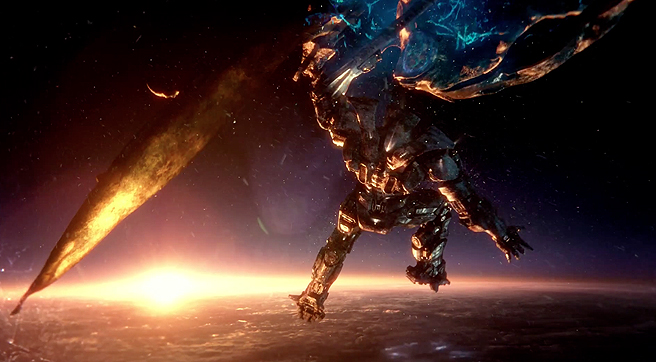 Both the conclusion to part one of the film’s incredible, action-packed finale and the best, most badass moment of the film, the winged Otachi’s high altitude slaying was also a visual highlight from del Toro. From the composition and angles to the colour scheme to the use of sound (and what was ultimately only a brief moment of safety) everything about this sequence exudes awesomeness.