The Top Three Problems with Game of Thrones

After ten weeks of exciting storytelling, Game of Thrones's second season bowed out with a couple of episodes that ramped up the action and brought the proceedings to an appropriately enticing resting place. Although the sophomore season of the popular HBO series was arguably better than the first, at PlayerAffinity TV, we have decided to take a look at the show from a more wary perspective. We set out to round up those areas that could be improved, areas that might ultimately be responsible for its demise, or at least for a drop in popularity/quality.

The Pace and Number of Characters and Storylines
When I first started watching Game of Thrones, I had never heard of G.R.R. Martin or A Song of Ice and Fire book series. I have since then took to reading the books and it made a world of difference. Reading the novels is not required before watching the TV series, which stands on its own, but it sure help paint a better picture of Westeros, its powerful families, and the myriad of characters. About characters, although the showrunners are parsimonious in their introduction of new ones, the show still has one of the largest casts on TV today. That fact translates into several concurrent storylines with characters that do no appear frequently enough to become familiar to those who haven't read at least one of the books. Additionally, the very nature of a TV adaptation leads to some expedited storylines or scenes that don't have enough exposition to easily convey their original meaning. I still fail to see, for example, Osha sleeping with Theon Greyjoy was necessary for their escape from Winterfell.

There is also the need for the story to find the right balance between major characters' storylines. The showrunners did something which, to me at least, was remarkable during the second season: they carved out a storyline for Robb Stark and introduced a character alien to the books (Lady Talisa Maegyr) to excellent effect. At its best, the storyline worked very well because it provided a sense of normalcy (and an appropriate high-born style courtship) in a story dominated by human frailty. Unfortunately, not all choices were as effective. Daenerys Targaryen and Jon Snow are personal favorites, but the time devoted to them had a direct impact on the amount of time left for others such as Sansa, Arya, and even Stannis as well as people in his group. 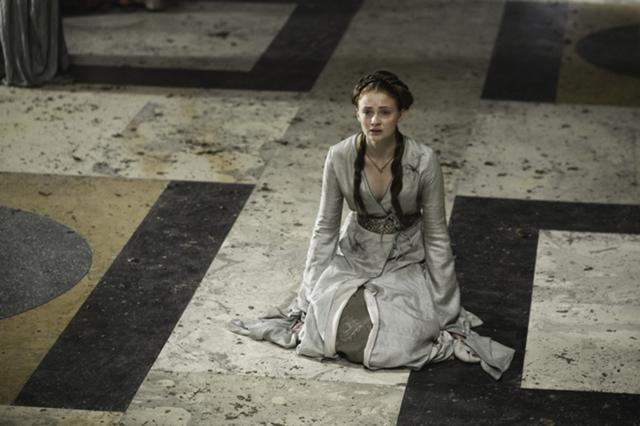 We now have a clear sense of the fiery Targaryen princess and a good measure of Jon's sense of honor, but Sansa largely remains an elusive character. In the finale, we saw her rejoice when Joffrey freed himself of his promise to marry her, but we also saw her refuse to accept Littlefinger's offer of sneaking her away. Unfortunately, we didn't see enough of her during the season to know whether she has plans of her own or if she just doesn't trust Lord Baelish. Similarly, characters like Davos and Stannis could have had more screen time in episodes leading up to the battle of Blackwater. It would have saved us from those repetitive scenes about Joffrey being an ass, Tyrion being cunning, and even to some degree, Arya learning from Tywin. All this makes questioning the wisdom of sticking to only ten episodes understandable. The showrunners argument was that there wasn't enough material for more, but as discussed, some of the quick resolutions toward the finale seem to suggest otherwise. Quick conclusions like Tywin showing up with the Tyrells at King's Landing instead of attacking Robb.

The Regressive Social Framework
A lot has been said about Game of Thrones and its treatment of women, and to a lesser degree of men. While it is true that women are often "wenches" and nude, they were also arguably the cornerstone of most of the best episodes this season, which featured remarkable new female characters in Melisandre, Yara Greyjoy, and Brienne of Tarth. My issue is with the general portrayal of the social framework that overuses sex and violence. Complaining whenever a nipple shows up or a head (or any other body part) is chopped off is ridiculous, but tolerating the overabundance of sex/nudity just because we don't want to be labeled as "puritan" is not better.

We could argue that Daenerys's sex scenes were integral in conveying the power shift from Khal Drogo to herself. We could argue that the initial brothel scenes involving Tyrion helped in establishing his character (considering his first "marriage"). We could even argue that Littlefinger's initial "sexposition" were crucial to our understanding of the man who would later betray Ned Stark. But, when such things are established, repetition is a waste of frame, or worse, an attempt to drag down a series from the lofty heights of epic fantasy with a certain ambition. Season two was filled with wasted frames, from Littlefinger spying on his customers and wiping an employee's lips, to Joffrey's bedroom exploits (in sadomasochism) when we already know he is a lost cause. 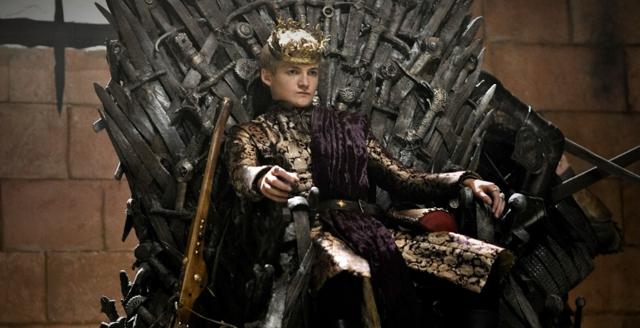 The Lack of Direction
Finally, there was a time when epic fantasy was a business involving quests. You would have your basic hero (say, a Frodo Baggins) with a clearly articulated mission (say, cast the stupid ring into the Cracks of Doom!). I understand things can't always be so simple, but so far HBO's Game of Thrones has been a collection of storylines featuring heroes and anti-heroes on some sort of quest that is far from being obvious or sometimes even clear. Their missions (for those who had one) all but disappeared throughout the season only to reappear in the finale in quick resolutions. Arya remembered she needed to get reunited with her family (before killing all those people whose names she recites), Sansa remembered nothing because we don't know what she wants, Daenerys got some gold for a ship to plan her return to Westeros, Stannis is ready to kill half the kingdom for his vision to come true, etc. As you see, things are not always clearly articulated. Simply enjoying the ride is alright ("Blackwater" was good entertainment), but if we must linger along the way, it helps to be reminded as often as possible why we have embarked on the journey in the first place. Martin himself might not know where his wonderful characters will lead him, but it would help if each season had a beginning, a middle, and an end for all the main characters.