“Isolation,” the third episode in The Walking Dead’s fourth season continues to maintain the delicate time balance between character development and action. While it is not one of the greatest hours in the show’s history, it serves its purpose of propelling the show forward, while still taking the time to ensure each character takes a step forward (or, in some cases, backwards) as well.

When new showrunner Scott Gimple stressed that the fourth season of Dead would focus on character development and still maintain the action sequences fans love, I was admittedly skeptical. One of the biggest knocks against the show is that it is unable to keep the balance between action and character, often sacrificing one for another. Well, so far, this season has been the perfect blend of the two. I’ve written at length regarding the revitalized female characters, but this episode also took steps to flesh out some of the forgotten male characters as well. 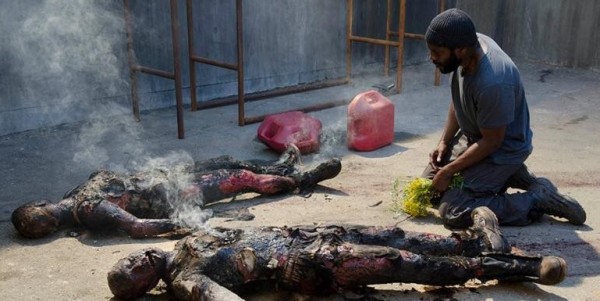 When Tyreese joined the show last season I was thrilled at the possibilities the character presented. Even if the show veered away from his comic storylines, he still represents a powerful physical force that the prison gang sorely needed. When the entire season came and went with almost zero character development for Tyreese, I was crushed. After all, when the season ends and I’m not entirely sure if Sasha is supposed to be his sister or girlfriend (just in case you were wondering the same thing, she’s his sister), you know something is wrong.

This season, we’ve been given a lot more of Tyreese. But, it’s still not enough. I didn’t care when Karen died because I knew next to nothing about her. The show is now asking us to care about her death because Tyrese cares, but that doesn’t work unless we care about Tyreese. “Isolation” gives us the first real look into what makes him tick. We see his sense of justice and his passion to right wrongs. We see the deep love he has for his sister, and his need to protect those he cares for. We also see that he has a volatile temper, but that he is also an asset on missions involving zombie killing. In the span of a single episode, we learn more about Tyreese than we learned in an entire season.

That being said, there is still quite a ways to go before Tyreese endears himself to us on the level of Daryl or Rick. I would love to see who he was before the apocalypse hit. How he and Sasha made it to the prison, and what they had to do to survive. The show has hinted at Bob’s past in small flashes, so it’s not too much to ask to see the same for Tyreese, right?

The look into Tyreese’s character is a pleasant surprise, but the episode really belonged to Hershel. I wrote in my notes at the top of the episode, as Rick and Hershel began yet another heart to heart, “I’d really like Hershel to do something beyond counsel Rick.” It looks like my wish was answered, as Hershel emerges from the shadows to take the lead at the prison in a huge way. And, in doing so, likely signs his own death certificate. 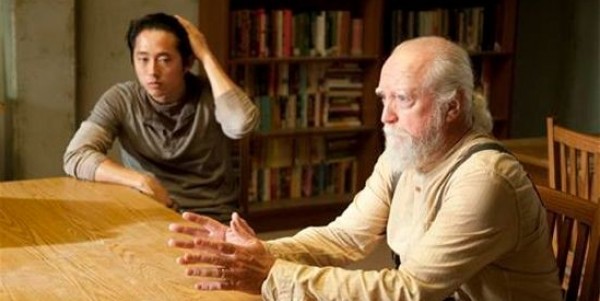 Hershel has been a problematic character since the gang left his farm and headed to the prison. On the farm, he represented an obstacle for Rick to conquer. By obtaining Hershel’s trust, Rick secured safety for his family and his gang of survivors. Once that was accomplished, Hershel took over the role of sage advice giver upon the death of Dale, as well as the occasional doctor when needed. But, frankly, he didn’t have all that much to do. This only amplified when he lost his leg and then became a physical liability to the group.

So far this season, Hershel has had an increased presence largely due to his role on the council. But, until “Isolation,” he was still on the sidelines. Seeing him come into his own while leading the group was wonderful. Hershel has always possessed a level head and his ability to look at all angles before acting often puts him at odds with the more rash Rick. The council defers to Hershel in the face of the virus outbreak, knowing he will take into account all options before presenting the best one for the group.

He recommends the veterinarian hospital (the first time his profession has truly helped the group) as a potential salvation. He also takes it upon himself to not sit on the sidelines while those around him die from disease. Seeing Hershel choose to administer to the sick, even though we all know it will likely kill him, brought a bit of a lump to my throat. I’ve never really given much thought to the character. He always struck me as two dimensional, and a waste of Scott Wilson’s great talents. But, as Dr. S coughed blood onto Hershel, infecting him with the virus, I couldn’t help but think that if this is how Hershel goes out, it’s a fitting and noble end to the character. That being said, I’d love to have more time with this newly formed character and see how much more he can grow throughout the series.

From a story prospective, the episode was a stepping stone. We learned the answer to one of last week’s mysteries, as Carol admitted to killing Karen and David in an attempt to stop the virus from spreading (which, while a small shock, wasn’t all that surprising considering the hard line Carol has drawn this season in terms of protecting the children). We still don’t know who is baiting the walkers, but considering they aren’t a big problem this week, I’m guessing this person is sick at the moment. But, as it stands, the virus is raging on, the kids are in quarantine, and Daryl, Bob, Michonne, and Tyreese are off searching for medicine to save the prison. Things are set up for a strong story arc, and if the show continues on this path, a great season. 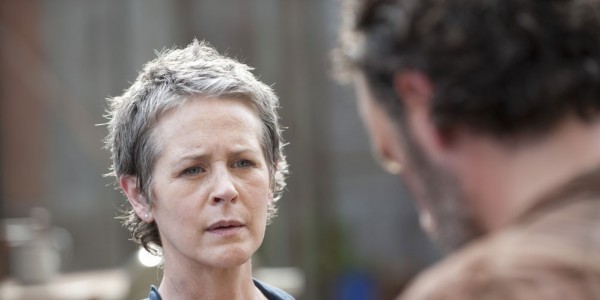 -- Seeing Sasha come down with the virus hit home much more than seeing Karen, Dr. S, or any other redshirt become infected. I chalk this up to the time the writers have spent in the past two episodes giving us a glimpse into her character. Perhaps the writers can do the same with some of the other new faces?

-- The brief return of unstable Rick is particularly nice to see. Similarly, I like seeing that Carl can restrain himself from killing walkers. It gives me hope for his future.

-- Melissa McBride has had a hell of a season so far. Carol is shaping up to be one of the show’s most interesting characters.

-- Still waiting for the Michonne backstory. And the Bob backstory.

-- I’d be more worried about Glenn if I thought for a second the show would kill him off at this point. I’m much more worried the virus will take out Sasha and Hershel.