"The highest rated show on television returns with an episode that is manipulative at best, plain uninspired at worst"
By: Jean Henegan | TV Reviews | October 26, 2016
First up, a bit of housekeeping. Apologies for this review being so late- I'm currently on vacation in South America, and it was a bit hard to find a copy of the episode to watch. But, now that I've had a chance to check out how Scott Gimple and company decided to work their way out of the corner they painted themselves into last season, well, I'm almost sorry I had to sit through this episode. It's not just that "The Day Will Come When You Won't Be" isn't a good hour of television. It certainly isn't, but that is not the major problem with the episode on the whole. It's that all of the ridiculous trickery practiced by the show's production team throughout season six served to cheapen what could have been a major turning point for the series. Instead, Glenn finally got the death slated for him in the comics after a horrifically executed fake out midway through last season, and Abraham was finally put out of his misery (and Michael Cudlitz, a really wonderful actor, now gets a chance to play a role worthy of his talent- check out his run on the underappreciated Southland if you don't believe me). Oh, and we got the joy of spending almost an entire hour seeing how their deaths affected one person: Rick. [caption id="attachment_89754" align="aligncenter" width="600"] 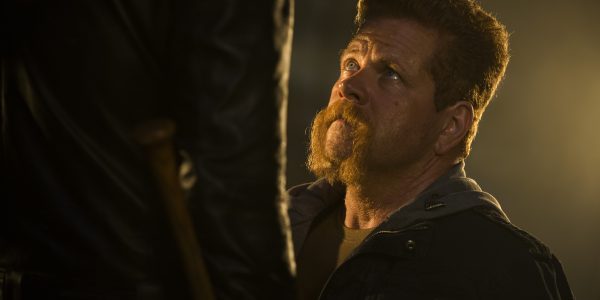 Michael Cudlitz as Sgt. Abraham Ford - The Walking Dead Season 7, Episode 1 - Photo Credit: Gene Page/AMC[/caption] And that is what I find most egregious about this episode. I've been complaining for months that The Walking Dead has a problem fleshing out supporting characters, often only deigning to do so right before they are planning to meet their maker. Instead, we spend countless hours watching the same three or four characters work through issues, while the rest of the cast circles around them. Glenn was once one of the most interesting characters on the show, yet in recent seasons he has had almost nothing to do. And poor Abraham has had it even worse. His relationship with Rosita was hardly fleshed out, and his sudden interest in Sasha seemed to come out of nowhere. Yet, when Glenn and Abraham were viciously murdered in front of their current and former lovers (and, of course, Eugene), who do we spend the episode watching process their deaths? Rick. [caption id="attachment_89757" align="aligncenter" width="600"] 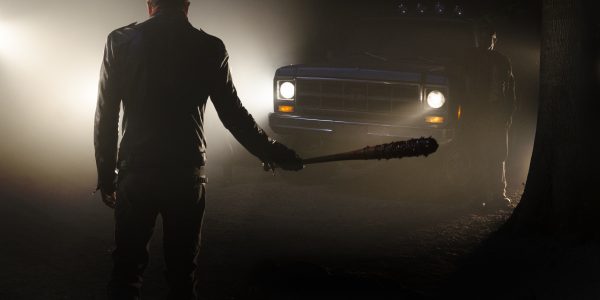 Jeffrey Dean Morgan as Negan - The Walking Dead Season 7, Episode 1 - Photo Credit: Gene Page/AMC[/caption] Sure, Rick, at one time, had a particularly close relationship with Glenn. But Maggie needs to become a linchpin character on the series moving forward. I wanted to spend time watching her grief manifest (a single speech about revenge that happens hours after the death of her husband is not the same as watching her work through those initial stages of grief). Not watching Rick chop through a series of walkers. If the show wants us to ever care about Sasha or Rosita, giving us a chance to watch them process Abraham's death would be a damn fine start. We don't need close-ups on Rick's baby blues multiple times in an episode to know that this has affected him. If you want to show us that Negan has broken Rick, well, that sequence with Carl was pretty damn effective, wasn't it? We also don't need an episode that is 75% Negan monologues to understand that Negan is a sociopath, albeit one with a great grasp on language. I wrote in my review of the sixth season finale that it would take a lot to bring this show back to my good graces. Well, this episode wasn't it. It continued the awful trend of the writers manipulating the audience without any regard for the quality of the story. A lot has been made in the recent days about the extreme violence of the deaths, particularly Glenn's, and that didn't bother me nearly as much as the void of a good narrative. A good show makes us care about all of their characters- even those we are supposed to hate. Right now, The Walking Dead has failed at this. I remember back in season four, when the gang was walking to Terminus separately, how strong that run of episodes was because the show took time to make us care about individual characters. If The Walking Dead wants the show to get back on track, it needs to get back to character driven storytelling. And it needs to do so quickly. [caption id="attachment_89756" align="aligncenter" width="600"] 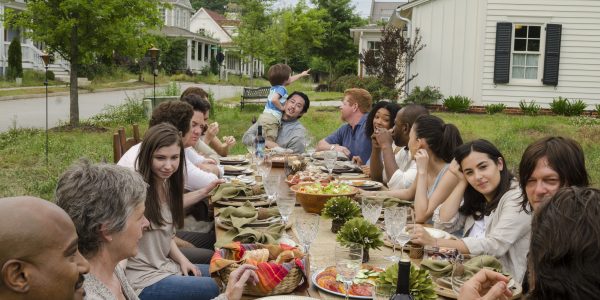 Andrew Lincoln as Rick Grimes, Danai Gurira as Michonne, Norman Reedus as Daryl Dixon, Alanna Masterson as Tara Chambler, Christian Serratos as Rosita Espinosa, Lennie James as Morgan Jones, Sonequa Martin-Green as Sasha Williams, Michael Cudlitz as Sgt. Abraham Ford, Steven Yeun as Glenn Rhee, Lauren Cohan as Maggie Greene, Austin Nichols as Spencer Monroe, Josh McDermitt as Dr. Eugene Porter, Ross Marquand as Aaron, Katelyn Nacon as Enid, Chandler Riggs as Carl Grimes, Melissa McBride as Carol Peletier, Seth Gilliam as Father Gabriel Stokes - The Walking Dead Season 7, Episode 1 - Photo Credit: Gene Page/AMC[/caption] Final Thoughts -- A know a number of people felt extremely manipulated by the "happy dinner" dream at the end of the episode. I wasn't one of them, although I was already pretty annoyed by the episode, so perhaps I just didn't have any more anger left to give. -- Why kill two characters at Negan's hand? Killing only Abraham would have, almost certainly, been seen seen as a cop out by fans and an unsatisfying death. Killing just Glenn, while sad to a number of fans, still left many fans cold after all that happened last season (and that the death was a carbon copy of his death in the comics). Frankly, I'm sticking with my statement that the only way the show could have salvaged itself after that awful finale was to kill characters that mattered to all fans- either Daryl or Michonne. -- As I did last season with Arrow, I'm honestly not sure how much longer I can go on writing these reviews. When a show becomes a chore to watch and I cannot find anything nice to say about it, I generally throw in the towel. I know how great this series can be when the writers get out of their own way and just write for their characters, but I wanted to let you know my thought process going forward.
Rating
4.0
Pros