A Twin-Stick Shooter of Doom

From the brilliant mind of Jeppe Carlsen, the former lead gameplay designer at Playdead, comes the twin-stick shooter dubbed THOTH. However, this game has very little in common with Carlsen's previous titles Limbo and Inside. Or at least on the surface that might appear to be the case. Aesthetically, THOTH is similar to 140, Carlsen’s previous award-winning game also published by Double Fine. But don’t let the game’s bright colors and simple geometric shapes fool you. If the soundtrack gives any indication, it’s that this game is out to get your little white dot. And it will. A lot. [embed]https://www.youtube.com/watch?list=PLIhLvue17Sd7uv4iN_Ui5yebl9HroUFiP&v=RCYXmnno3S0[/embed] If you do a quick Google search for THOTH, the first thing that pops up is the Wikipedia page for the Egyptian god who invented writing. It makes the title an interesting choice for a game that contains no text or narrative whatsoever. Perhaps that’s the point? From the moment you boot up THOTH, the game communicates nothing to the player in terms of what to do. Some might find the lack of direction frustrating, but it can also be seen as a game mechanic.

In an interview with Rolling Stone, Carlsen mentions one of his favorite design constraints from his time at Playdead was that of non-verbal communication. In the case of THOTH, you are left to figure out how to control your white dot, and the logic behind the game’s various geometric enemies. This means you will die a lot. Unless you’re better at play the game than I am, which maybe you are, but if not, expect death. I told you THOTH had more in common with Limbo that you might think… 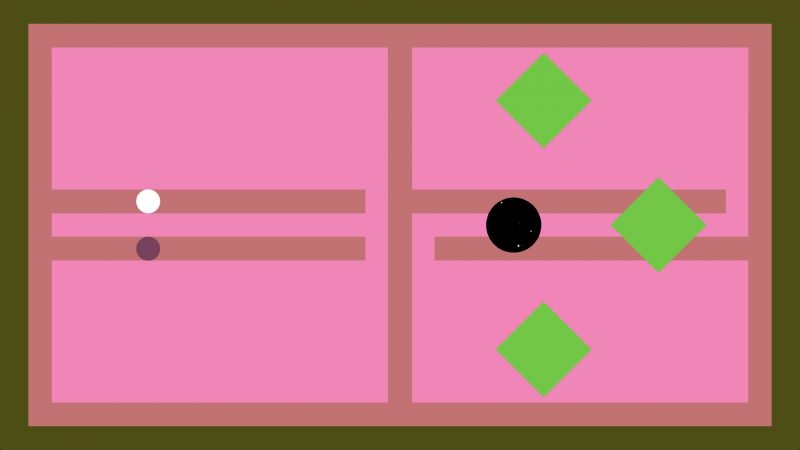 The game is made of sixteen main levels comprised of four stages, giving a total of 64 stages for you to play. After completely the main levels, you gain access to four additional levels, as well as procedurally generated levels so that the game never ends. Similar to puzzle games like Portal, each level introduces new enemies with a new logic you must figure out. You will literally die trying to figure out the new logic, which can get a little irritating. The game only saves after you complete one of the main levels. This means you will have to replay some stages over and over again until you beat the “boss stage.” Fortunately this is a fast-paced game, where sitting still isn’t an option. If you fail in THOTH, you fail fast, but with the lack of a kill screen, you get right back into the action. 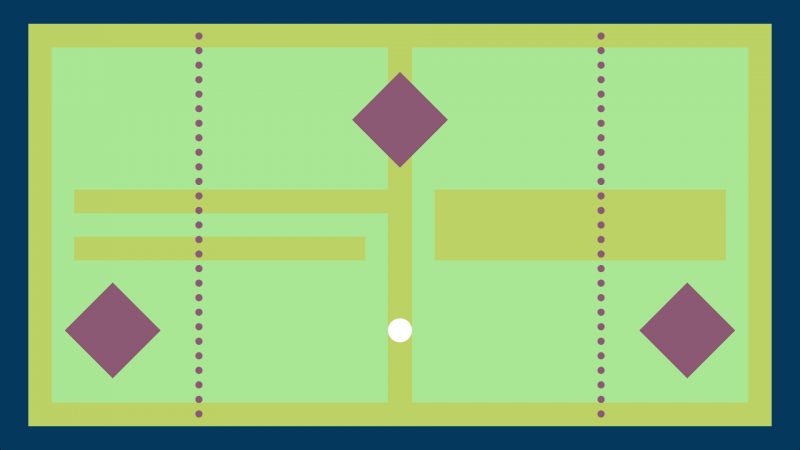 Music of the Void

Not only does the game’s fluidity save it from inducing a rage quit emotional state, but so does its soundtrack. Composed by the electronic musicians Cristian Vogel and SØS Gunver Ryberg, the music in THOTH makes you feel as if you’re playing a strangely tranquil deep-space horror game. The atmospheric robotic tones suck you in rather than amp you up. They also add to the mystery of this game, especially since when you shoot your enemies and deplete their color, they turn into killer voids of space that hunt you down. Oh, that’s right. The enemies don’t die in THOTH, only you do. Once your enemies become killer voids of space, they become faster too. This forces you to constantly change your strategy. Additionally depleting an enemies color triggers other elements in the stage to change, such as killer walls disappearing or reappearing. The best way to describe THOTH is game where you have to pat your head, rub your stomach, and play hacky sack all at the same time. It’s a game where multitasking is a must, but you don’t really have time to multitask. Luckily you die a lot, so through trial and error you eventually develop semi-strategies. However, the truth is you’re never safe. There’s always the chance you’ll get boxed in by some squares, or get shot by a projectile. You’ll probably curse when you do. 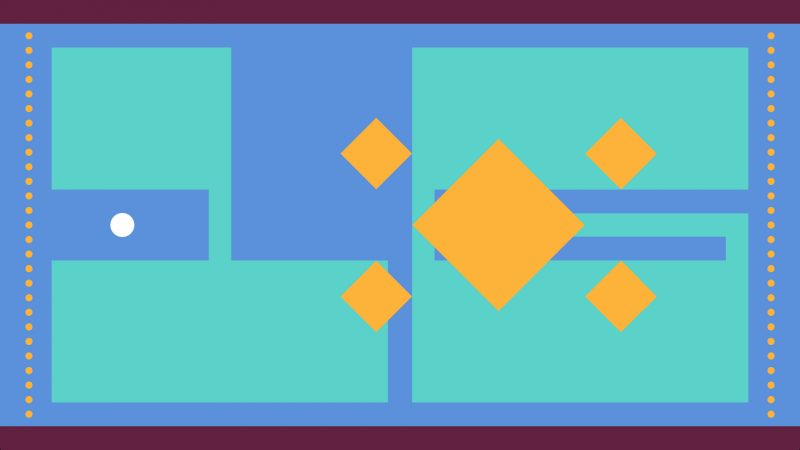