As the old saying goes, if it ain’t broke, don’t fix it. Such could be argued for the frequent collaborations between director Tim Burton and muse Johnny Depp, who have emerged as one of the most recognizable and bankable actor/director teams in movie history.

With seven cinematic partnerships to their name spanning more than 20 years, the real question in all of this is if this odd-couple was ever functioning to begin with. Gothic comedy Dark Shadows –  number eight in the canon – debuts this Friday, so let's look at the sometimes ghoulish (and always kooky) duo. 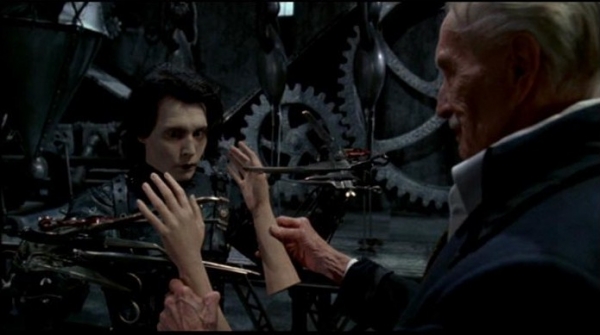 In itself, the notion that both Burton and  Depp have been active verging on 30 years makes one feel old, with Burton making his way through the short film circuit in the late '70s and Depp making his first appearance (followed by a quick demise) in A Nightmare on Elm Street in 1984. In addition to that Wes Craven classic and despite scoring roles in high profile films Platoon and in television series 21 Jump Street, it was Tim Burton who gave his soon-to-be best bud the push he needed toward stardom.

1990’s Edward Scissorhands was a commercial and critical success, with both Depp and Burton receiving praise for their dedicated performance and ingenious style respectively. The film also received an Oscar nomination for Best Makeup, which when considering how Depp is “prettied” up in their future collaborations, perhaps it was a shot of confidence a tad too early on for the filmmaker.

The good times continued to role for their next two projects. 1994’s Ed Wood was also received very well, winning two Oscars, and their 1999 adaptation of The Headless Horseman titled Sleepy Hollow gave each man his first of many $100-million hits. What makes these early alliances so worthy of note is the fact that Burton had a story to tell, and Depp acting oddly was yet to be his typecast. For Ed Wood in particular, Depp slid into the role with total commitment and an offbeat charm, and one would be hard-pressed to find a better fit of director and material. I mean, who better to chronicle a notoriously eccentric director than a notoriously eccentric director? 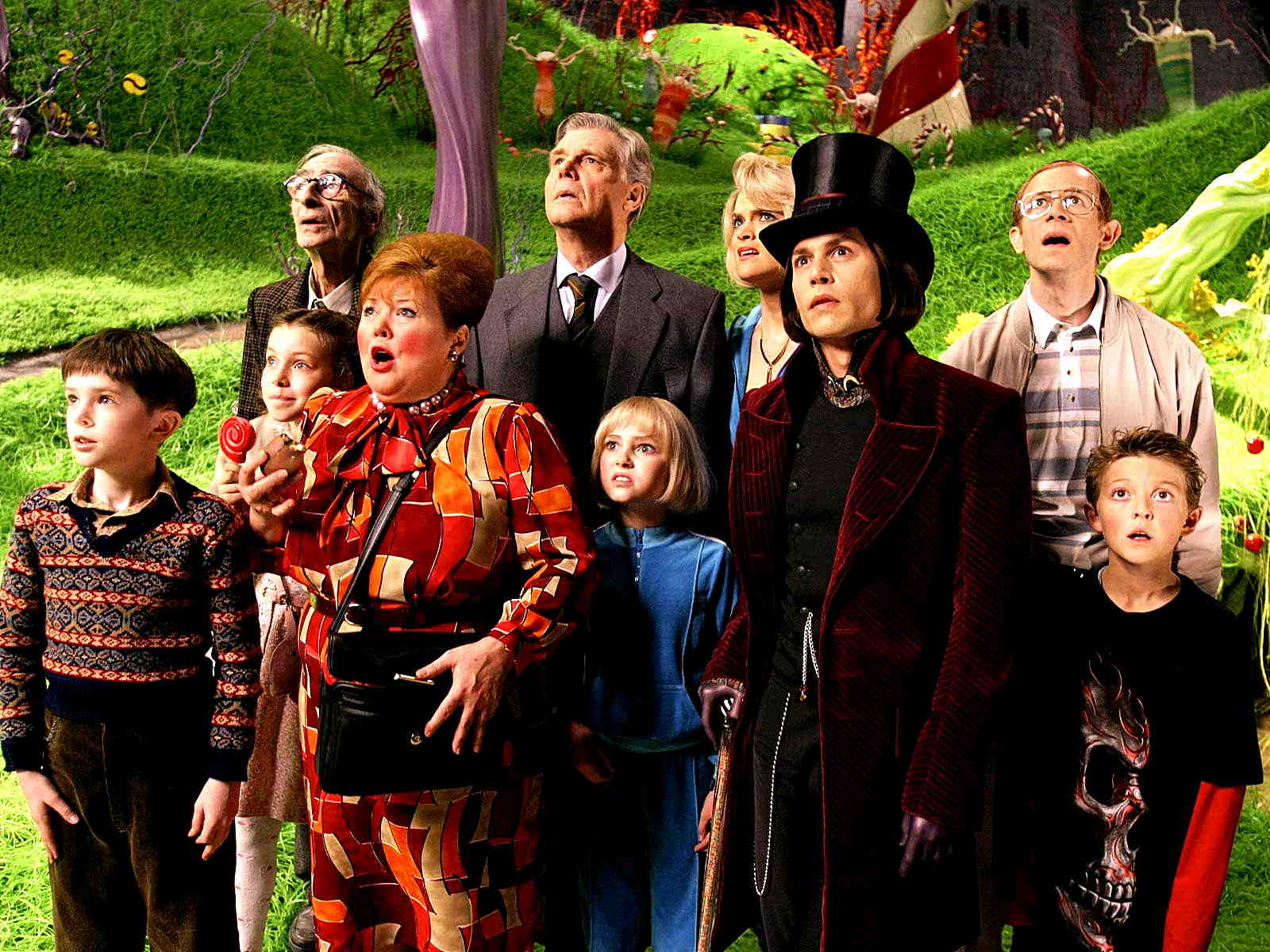 Joined at the Hip

And so began the “shoehorn” phase, where it seemed as if Burton and Depp were so desperate to work together once again, they started partnering for projects that did neither of them justice when it came to the finished product. Where was the passion?! It was after Sleepy Hollow that Depp entered his heartthrob phase, which was solidified by his swashbuckling role of Roux in five-time Oscar nominee Chocolat and as a charming bad-boy drug kingpin in Blow. It was these successes that landed him the lead in Pirates of the Caribbean: The Curse of the Black Pearl, but also that made him a very busy man – too busy to team up with Burton until 2005 where they made up for lost time in a big way.

Depp stepped into Gene Wilder’s shoes as the excessively peculiar Willy Wonka in Charlie and the Chocolate Factory and leant his pipes to Victor in macabre stop-motion love story The Corpse Bride. It was almost as if Depp’s roles had been too “normal” recently, so they opted to craft the creepiest version of Wonka possible. In that case, it wasn’t quite as much a fault of Depp’s performance but more Burton’s obsession with the outlandish (and miscasting in general).

Such was the same for Corpse Bride, which features dozens of talented voice actors that could have delivered a more memorable performance than Depp’s meek delivery (though he was well suited to Rango). What it comes down to in the end is both were rather thankless for Depp, and wound up hindering what could have been more exciting casting directions for Burton. 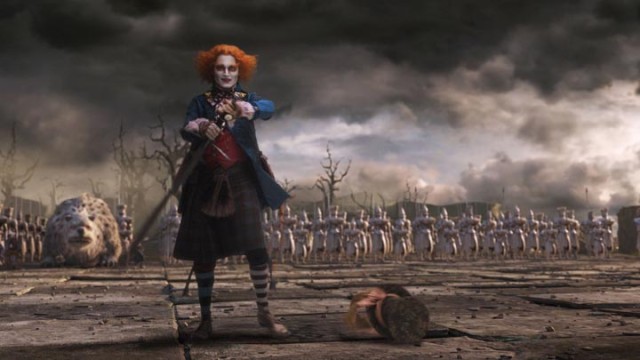 So began the age of the “Burton/Depp sigh,” the involuntary eye roll that accompanied further announcements that the two would be teaming up once again. Puzzlement certainly set in when it was announced Depp would be the lead in a musical, but his commanding performance in Sweeny Todd garnered him a Best Actor nomination at the Academy Awards and showed he had some decent pipes after all. Sweeny Todd was more or less a return to form for the comrades, evident in the fact that Burton actually wanted to bring the musical to the big screen, not that it was just something to do in his spare time.

And then we got Alice in Wonderland, which was easily a career low for Burton and Co. and an embarrassingly bombastic exercise for the majority of its cast (particularly Depp as the Mad Hatter who was once again smeared in makeup). The product nevertheless grossed more than $1 billion worldwide proving that their popularity in the right circles hadn’t waned, but for those paying closer attention, it was rather exhausting.

Without counting his stint as Captain Jack Sparrow, Depp will have worked with Burton on eight of his 34 feature films. That’s 24 percent of his career spent under the guide of one director. This is far from the first time a filmmaker and thesp have teamed up frequently (Scorsese and De Niro, Bergman and Von Sydow, Ford and Wayne to name a few) but it seems to be the one that yields the most uneven and monotonous results. 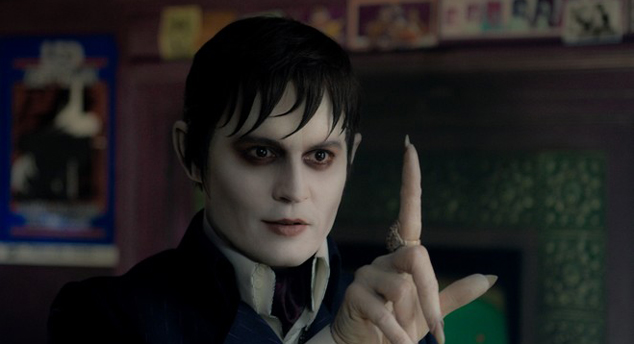 If you believe that Dark Shadows is going to be the final time Burton and Depp find themselves on the same set then you’re just plain stupid. The only sensible question to be posed is how long will this partnership last before every last person on earth is sick of their shtick. Both Depp and Burton are both extremely talented individuals and that’s reflected in some of their more recent solo projects. Personally, I do believe there is still latent potential in their alliance, they just need to wait for the right material and not jump into a project together simply because they miss they way one another smells.