You’re certainly not alone in the world if after departing a showing of Looper you felt as though someone went to town on your brain with an egg beater. The complex root philosophy of Looper blended with intentionally unanswered questions and multiple timelines all amount to one hell of a mind-bender.

After much self-inflicted pain trying to work everything out, I’ve made enough sense of it all to at least stave off the nightmares. So let’s go through this step by step shall we? (Or, at least how I see the events of Looper having gone down). Oh, and spoilers obviously. 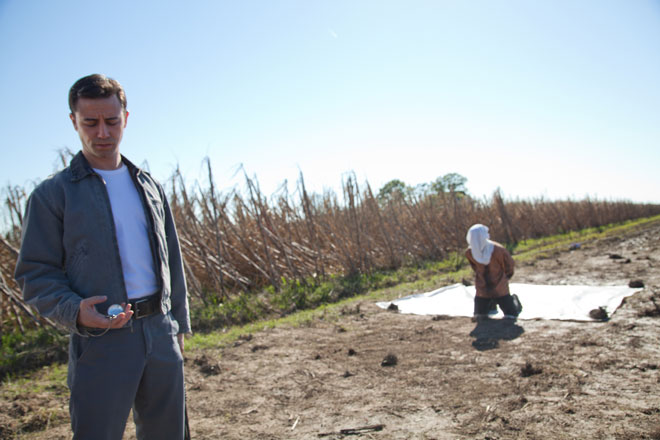 Let's begin with a little bit of extrapolation, supposing an original timeline exists in which Joe never becomes a Looper. Abandoned by his mother, he grows up in a life of crime (we already know he was on such a path thanks to his chat with Abe), likely wrongs the mob and is sent back to be killed in the past like any common scum.

Abe is eventually sent to the past to run things, and aware of Joe’s fate, takes pity on him, tracks him down (in the midst of a robbery if you recall) and makes him a Looper, thus altering his fate. Abe seems to possess a rather fatherly connection with Joe (at least far more than the other men at his disposal) that wouldn’t make sense without something deeper behind it.
Abe also drops the tidbit that he should not go to France but rather Shanghai, again, aware that Joe will find happiness there. Joe grows up as a Looper and one day, as per his agreement, kills his older self, thus closing his loop. Free from his Looper contract and with Abe’s morsel of information embedded in his brain, Joe goes to China, grows old and meets the love of his life. 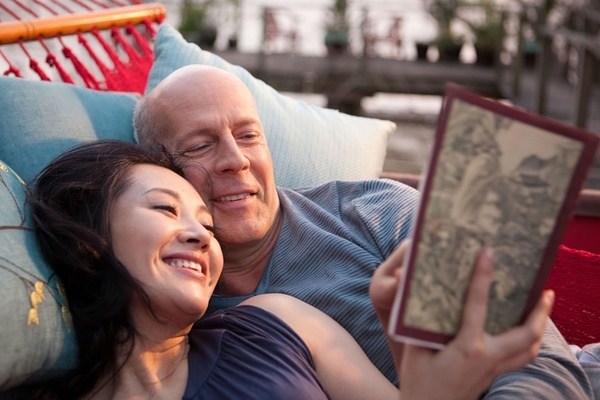 However, 30 years later, as he is set to be on the other end of the blunderbuss, his wife is unintentionally killed by Chinese gatmen. Joe breaks free of his captors, knocks out his younger self upon arrival in the past and sets off to kill the young version of the future crime lord, Cid, in the hopes it will alter the outcome of his future.

The original fate of the scenario would likely be that “Old Joe” kills Emily Blunt’s Sara, Cid flees, “Young Joe” kills Old Joe shortly after Sara is gunned down and Cid inevitably becomes The Rainmaker in the future.

Young Joe would likely go to China, but in 30 years would be tracked down by the mob and sent back and will be killed by his younger self. His younger self will then close his loop, go to China meet the love of his life, see her killed, etc – all cyclical. The only thing that breaks the pattern is Young Joe killing himself at the finale of the film. 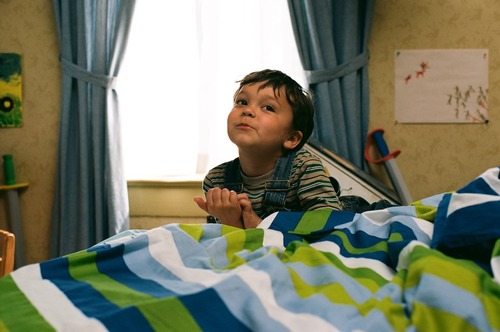 Old Joe’s actions very likely ensure things will not turn out the same in the future, as Young Joe now knows everything that is going to happen. But as we know, Old Joe’s manipulation of the past is all part of “what is supposed to happen.” Say Young Joe grows into Old Joe, does meet his wife, they fall in love, and one day he is sent back in time after seeing his wife killed, escapes, etc. But who then is the Joe that does get killed by his younger self? There has to be “another Joe” out there, which is why Joseph Gordon-Levitt’s Joe is destined to either never meet his wife or to prevent her death. This version of Joe will be sent back and be successfully terminated by his past self.

If Joseph Gordon-Levitt’s Joe witnessed Sara’s death, grew up, went to China, married and then went back in time to change things he should have known exactly how everything would turn out having already lived it. It’s obvious the Old Joe in the film is unaware of any such past. We know it is all part of one preordained cycle (Joe coming back) and even though it appears to be Old Joe changing things, it isn’t (hence why Young Joe can’t grow up to become the heartbroken Old Joe).

Well now that I’ve confused you more check out the timeline I created below because as they say a picture is worth a thousand words.

Although extrapolating somewhat, I feel my theory is sound. That being said, the one thing my explanation cannot account for is how Young Joe’s actions alter the memories of Old Joe, because as I hypothesised, there is no way Young Joe could grow into the Old Joe who loses his wife. In Rian Johnson’s universe, it seems like the actions of one version of a person caught in a time loop (as Joe is) ripple around the cycle and can impact different timelines and versions of that person. How, specifically, you ask? You’d have to pose that query to the man behind the madness.

Also a perplexing question that stems from that tricky area of time travel paradoxes is what made the final version of Young Joe kill himself to eliminate the loop, when we know in the past he did not and Old Joe inadvertently succeeded in making Cid into The Rainmaker. If this entire ordeal is one extended loop, past versions of Joe should have figured out committing suicide would prevent the destruction of the future. 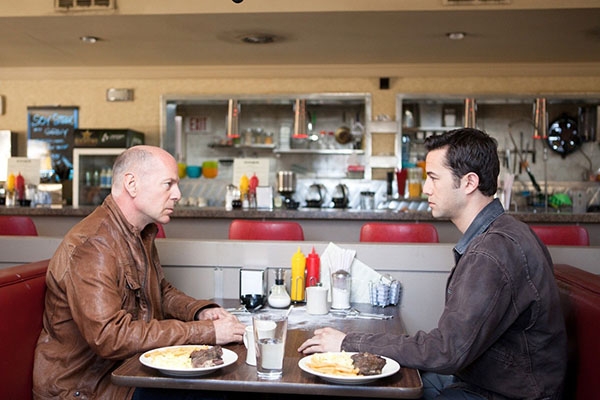 Another interesting thing to think about is that when you boil everything down, it’s ultimately Abe that creates The Rainmaker by making Joe into a looper in the first place. If Abe had allowed Joe to follow (what I believe to be) his original course he would never have been able to turn Cid into the villain he becomes. Johnson also indirectly explains why all the loops are being closed. After The Rainmaker takes power he would likely harbor some severe ill will toward the looper profession seeing as one named Joe killed his mother before his eyes. He would use his influence to eradicate all loopers from his time out of revenge.

For every solution, Rian Johnson’s Looper offers up five more puzzling questions, but in the end it’s what makes his film such a triumph. Nobody can get a perfect handle on Looper and even if they claim to do so, someone else will come along and poke holes in it. Looper is a perfect example that sometimes cinema is more fascinating and ultimately entertaining for the things it doesn’t present outright.