"A soulless story that wastes a strong stable of actors"
By: Jean Henegan | TV Reviews | August 22, 2018

I'm not a big fan of action movies. I love a good spy thriller, but I can't stand a movie that is just about explosions for the sake of explosions. I want a plot that moves and makes sense. Most of all, though, I want compelling and motivated characters. Without them, well, I end up very disappointed. Which is why I tend to prefer television to films: spending 8, 10, 13, even 22, episodes with the same characters allows the audience to watch them grow and change; to understand what makes them tick and why they make the decisions they do. Of course, that only works when the writers actually spend the time building characters. Otherwise, you just spend weeks wasting your time.

All of that is a precursor to this: I have only ever seen a single Jack Ryan film. It was Hunt for the Red October, and I don't recall all that much about Alec Baldwin's portrayal of Ryan (I recall being more intrigued with Sean Connery playing a Russian). I liked the film, but it isn't one I've really wanted to see again. So, I've never seen Harrison Ford, Ben Affleck, or Chris Pine's takes on the role. I've never read any of Tom Clancy's novels. When I sat down to watch the six screeners of Tom Clancy's Jack Ryan provided for critics by Amazon, I was a pretty blank slate. By the end of episode six, I was a pretty disappointed viewer.

There's a lot to be frustrated with in Jack Ryan, starting with the titular character himself. Casting John Krasinski as Ryan wasn't a bad move on the part of the show- he's a gifted actor who won over hearts with The Office and who has proven himself to be a solid action star in film. However, casting Krasinski for this particular version of Ryan was a misstep. Fans of Krasinski's other work (The Office, A Quiet Place) will know that one of his most bankable traits is his charm. Hell, even when he's silent in A Quiet Place, tormented by monsters, he manages to be utterly charming. He's also a master at using his highly expressive face to convey key character beats. So, one would assume this Jack Ryan would be a charming, interesting character the audience can't help but root for. Well, yeah, that's not the case. Rather than play to Krasinski's strengths, the writers have opted to make Jack Ryan a cipher who lacks any describable charisma or tact. When they finally allow Krasinski's personal blend of self-deprecating humor to emerge (in a single scene), it's like a rainbow after a storm, and fades just as quickly.

That isn't to say that Jack Ryan isn't the Jack Ryan from Clancy's past works. The series has made certain to check all the necessary biographical boxes: Ryan rowed crew at Boston College, served a tour of duty in the Middle East (where he was the sole survivor of a military engagement and where he injured his back- two things that are shown throughout via flashbacks a a series of shirtless moments, but aren't discussed at all in the initial six episodes), got his PhD in economics, worked in Wall Street, is an analyst at the CIA, and uncovers a terrorist cell. Oh, and he also rides his bike to work every day and has a body carved out of marble. He's the most perfect man in America. Just without any real personality to speak of. Krasinski does his best with what he's given (which is a lot of long stares at computer screens, furrowed brows, and the occasional moment of Arabic- a language Ryan speaks), but it's really hard to care about this mission to save the world (I'll get to that in a minute) when the series doesn't care enough to provide us with a multi-dimensional hero. 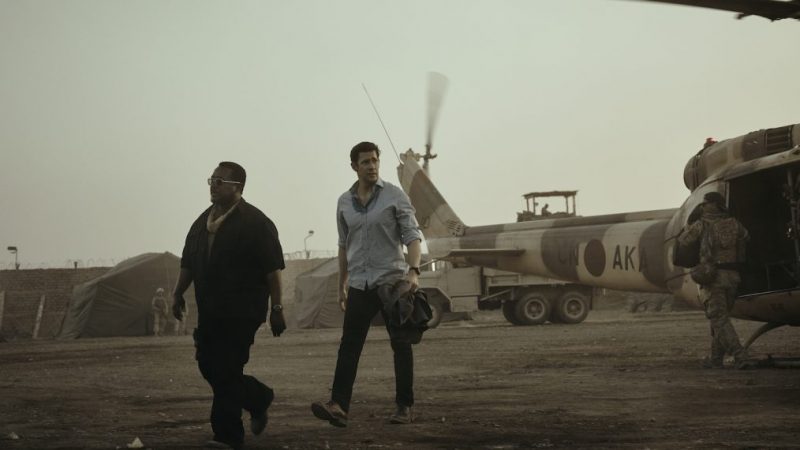 The saving grace for a series without a compelling lead is its villain, and while there are flashes of an interesting character in the series premiere, the show quickly pivots, turning the leader of the terrorist cell, Suleiman (played with remarkable restraint by Ali Suliman, an actor I would love to see have a chance to play a compelling character at some point), into a classic Islamic terrorist character. The reasons for his radicalization are textbook. His treatment of women the same. He even has a younger brother he has sworn to protect, and who is the most important person in his life (after his children, although it's heavily implied that he cares more for his son than his daughters). The only hint that there's a man under the methodical madness are the few instances where he and Jack Ryan go head-to-head (three guesses who comes out victorious in those battles). Suleiman, on paper, appears to be a strong villain to face off against our patriotic hero. In practice, there's no sense of danger in his machinations. There's no tension that he will outsmart Ryan.

And, perhaps most troubling of all, after six episodes, we don't really know what his plan is (to be fair, we're at the same point as Ryan at this stage, who also doesn't quite know what Suleiman is planning). The series more than hints at the why, but it doesn't get into the what. There is a financial aspect, something involving creating an Ebola outbreak (seriously), and a highly planned out terrorist attack in France. But, as Jack Ryan would likely point out, there's no clear pattern, no clear sense of what his goal is (Ryan is, after all, a CIA analyst- something he repeatedly stresses while running around with a gun and dodging explosions- and it's his job to determine Suleiman's pattern). Maybe that's a positive- the series has resisted having the villain give a speech about what his evil plan is- but it just feels sloppy and poorly plotted. Knowing exactly what's going on might help us to get into Suleiman's head. Without an engaging lead and a complex, layered villain, do we really care all that much about what horrible thing is about to be unleashed on the fictional world? 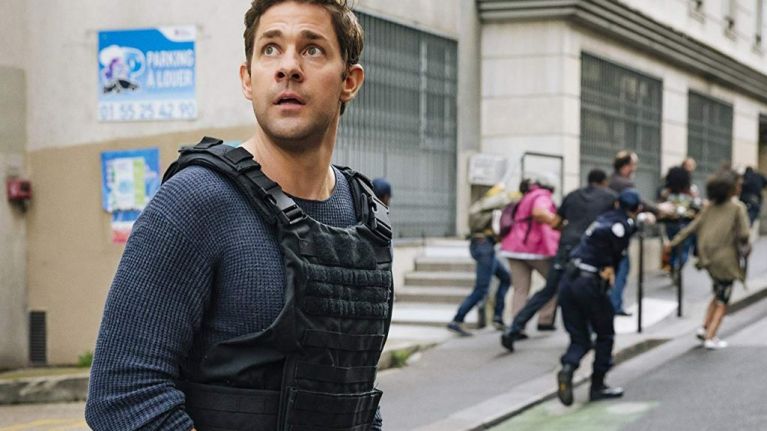 At the end of episode six, I could say, with complete confidence, nope. And that's what annoyed me the most about Jack Ryan. This could have been a great show. Television has proven itself to be a good medium for exploring the dynamic between terrorist and spy (the first season of Homeland was spectacular, and early season of 24 managed to maintain a great balance- and even had a hero named Jack!). It allows time to create a worthy adversary to our hero, to get into his or her psyche, and perhaps even empathize with their reasons. Jack Ryan resists every one of those impulses and goes for the simplest set-up: American hero is good, Muslim villain is evil (there are a few ham-handed attempts explain that all Muslims aren't evil through the use of Ryan's boss, James Greer, played by the great Wendell Pierce from The Wire, but they reek of teachable moments and fall flat).

And it's not just the central characters that are bland. The scripts aren't much better. Normally, with the amount of television I watch, I will be able to see a plot "twist" coming. But it's only with the laziest shows that I can, with regularity, see complete swaths of dialogue coming. With Jack Ryan, I was repeatedly able to finish lines, speeches, and even scenes. I expect more from a series run by Carlton Cuse. The show also spent a great deal on locations (they look pretty convincing), but boy, did they cut corners with their wig and beard budget. There are some really rough ones.

If you're looking for some mindless action (the action set pieces are a highlight of the series, doing a lot on a smaller, TV-level budget), this is probably the show for you. Jack Ryan doesn't do anything particularly special, outside of give Amazon a recognizable IP to play with. But it's not a complete travesty, and will be enjoyable if you aren't looking for too much in terms of plot or characters. It's just disappointing that, instead of creating something new and interesting, the show is content to tread on the dull and familiar.