Top 10 Movies Based on Stage Musicals 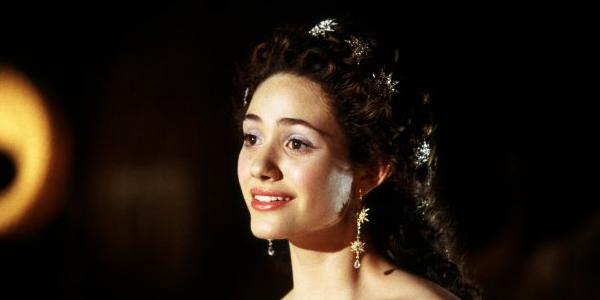 In this take on the timeless Andrew Lloyd Webber musical, Emmy Rossum tackles the role of the vocal star Christine with more effort than necessary, giving the seemingly stock lead some depth, and whatever one might say about the raspy quality of Gerard Butler’s vocals, his interpretation of the misunderstood Phantom serves the film adaptation well (though he’s clearly not cut out for Broadway). Yes, Joel Schumacher’s adaptation carries many flaws – the iffy editing and awkward pacing provide no favors – but despite its many problems, its fusion of lavish period-appropriate costumes and sets with the powerful soundtrack and score from Webber never fails to impress. 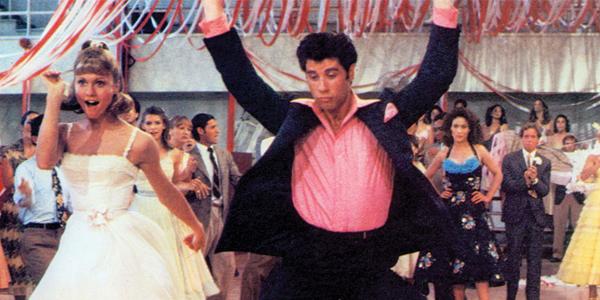 The tunes of this still-popular musical sound more like Elvis Presley hits than Andrew Lloyd Webber compositions, but believe it or not, this pairing of Olivia Newton-John and John Travolta derives from a popular Broadway musical. The film’s just as campy as it is legitimate fun, and its rock-and-roll numbers beg you to sing along with its vibrant soundtrack. Newton-John and Travolta capably lead as the summer lovers whose social statuses threaten to keep them apart during their senior year at Rydell High, but it’s Stockard Channing as social pariah Rizzo who steals the show with her brash turn and performance of the heartfelt ballad “There Are Worse Things I Could Do”– despite playing a teen while in her 30s. 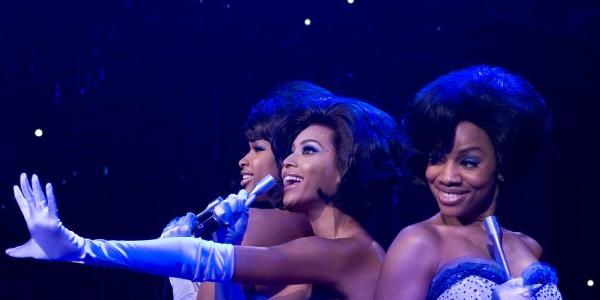 As it opens, Dreamgirls focuses on three friends: Deena Jones (Beyoncé), Lorrell Robinson (Anika Noni Rose), and Effie White (Jennifer Hudson), hoping to make it big as an R&B girl group as it opens. But as the narrative of Bill Condon’s film unfolds, pride and the hunger for fame forge some serious rifts between them. The tunes written specifically for the film are nice, but they don’t touch the soundtrack transferred from the stage production. From the up-tempo “Move” to the touching “It’s Hard to Say Goodbye,” the film’s numbers help move the story forward while also showcasing a variety of subgenres and providing background on the changing tides in the music industry as it progresses. Superstar Beyoncé leads the narrative – and does so rather capably – but American Idol alum Hudson and the underrated Anika Noni Rose anchor the film with their phenomenal work. 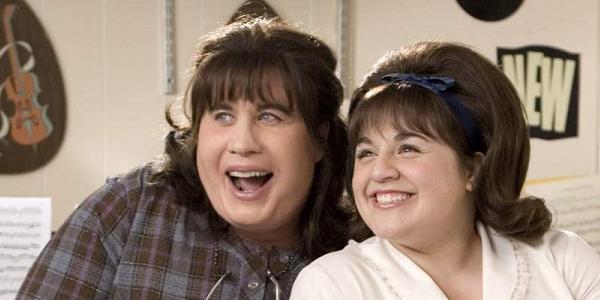 Expect most cinephiles to shudder when they hear the words “director Adam Shankman.” Yes, he made the awful Bringing Down the House and completely mishandled Rock of Ages earlier this year, but to his credit he’ll always have Hairspray. The John Waters film from 1988 inspired a Broadway musical, which was then adapted for the silver screen by Shankman.  A bit more on the nose about its conservative-vs.-liberal message than the Waters film, Shankman’s Hairspray still incorporates a lively soundtrack of many styles that moves the story along with bogging it down in preachy messages. It also boasts an energetic debut from Nikki Blonsky as the overweight wannabe dancer Tracy Turnblad and a terrific turn from Travolta as her also overweight mother. 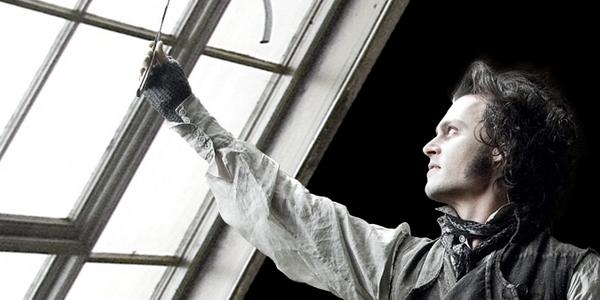 Tim Burton’s understanding of the macabre helped make this adaptation of the Stephen Sondheim musical into a modern masterpiece. Given the story about a wrongfully convicted barber seeking vengeance – and using any tools at his disposal necessary to do so – this horror-tinged black comedy isn’t your typical song-and-dance tuner. But Burton thankfully nails the choreography and selected the perfect actors for the tricky roles of Sweeney Todd and Mrs. Lovett. I didn’t say he made an original choice, however. Johnny Depp and Helena Bonham Carter are Burton’s go-to actors, but their voices, despite lacking range and consistency, feel tailored specifically for these roles. Of course, they’re performing from a flawless array of songs that allow them to highlight their skills. You might cringe once or twice while watching Sweeney Todd, but try to hold back the laughter even as you wince. 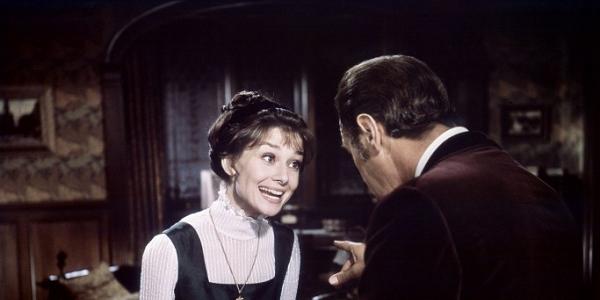 Inarguably one of the greatest film musicals ever, this adaptation of the Broadway show of the same name (in itself a take on the straight stage play Pygmalion, a template for seemingly any and all ugly-duckling-turned-beautiful-swan narratives) sees Henry Higgins trying to make a lady out of the cockney Eliza Doolittle. It’s not only a great albeit now-overdone story in itself; it’s also a terrific vehicle for its leading performers to shine. Rex Harrison commits to the screen a deft performance as Higgins – his “speak-singing” being of more credit to the film than one might think – but Audrey Hepburn, despite her literal lack of a vocal presence (Marni Nixon sings almost all of Doolittle’s songs), matches him well as Doolittle, with her brash voice and mannerisms in addition to her eventual transformation into, well, how we naturally think of Hepburn: proper, demure, and elegant. 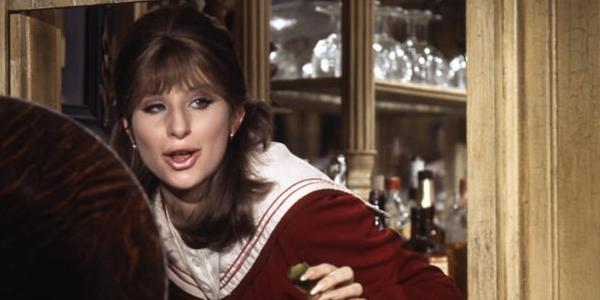 We now know Barbra Streisand as an all-round entertainer, but it was after her big break in music that she made her film debut in 1969. Babs took the stage musical Funny Girl, for which she had earned a Tony Award nomination, to the silver screen, reprising her role as real-life entertainer Fanny Brice. It’s no surprise that Babs, whose Oscar-winning performance incorporates both her trademark wit and incomparable vocal skills, makes Funny Girl such a success. In fact, it’s because of her efforts that “Don’t Rain on My Parade” might be one of the best musical sequences ever committed to film. 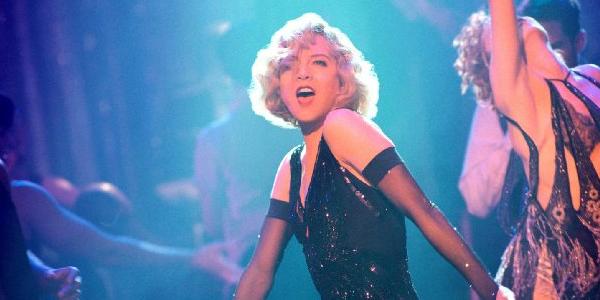 Rob Marshall’s film debut inspires lots of Internet vitriol upon the single mention of its name. What a shame since this take on the acclaimed Broadway musical so brilliantly satirizes the entertainment industry and how some will do anything to get publicity. In this film, Renée Zellweger in a brilliant and often underrated and misunderstood turn as wannabe star Roxie Hart and a scene-stealing Catherine Zeta-Jones as jazz sensation Velma Kelly represent such empty obsessions. The razor-sharp lyrics of the songs make you laugh and in one instance (John C. Reilly’s appropriately wobbly rendition of “Mister Cellophane”) threaten to make you cry. But it’s never about the emotion here — it’s all about that struggle for fame and fortune and how it can turn you as quickly as you can shoot Fred Casely. Marshall’s juxtaposition of real-life happenings with characters’ often grand delusions failed in Nine, but it perfectly works alongside the jazz tunes of Chicago. 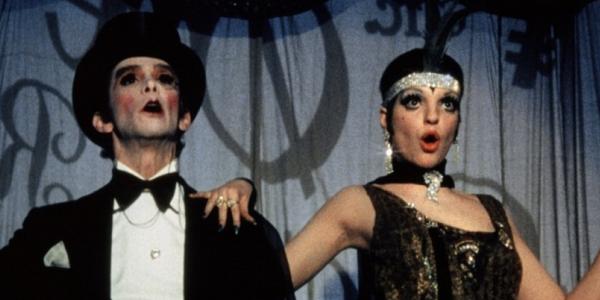 To think that Bob Fosse’s gorgeously shot, masterfully performed Cabaret almost won the Best Picture Oscar over Francis Ford Coppola’s gorgeously shot, masterfully performed The Godfather. Too bad it didn't happen. To challenge one of the greatest films ever made being the top dog of 1972 might sound inane at first, but take a look at Cabaret before jumping the gun. Fosse not only brings to life dazzling stage performances from Liza Minnelli, who carries the weight of this heavy film on her shoulders as singer Sally Bowles, and Joel Grey as the Master of Ceremonies without making them seem “stagey”; he also takes these musical numbers and places them alongside the dilemmas and situations of the characters – namely Minnelli’s Bowles and Michael York’s Brian Roberts – in a gripping way. Through these juxtapositions of stage performances and happenings in the world outside of the cabaret, this film’s scenes can be as disturbing as they are humorous. 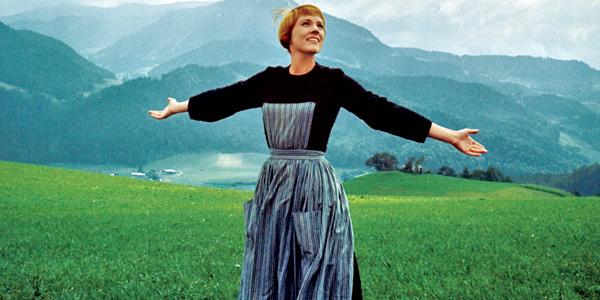 How can you write about great musicals without including this classic about Maria tackling nanny duties for the von Trapp family? The Sound of Music provides a lovely story of romance, a poignant story about family, and a story of triumph all in one, and its timeless music – everything from its title track to “My Favorite Things” (now a standard for the holiday season for maybe two if its references – but any excuse to hear this song is fine by me) to “Something Good” – takes this powerful journey to even greater heights. Also, Julie Andrews’ iconic leading turn as Maria might be one of the greatest performances ever, and Christopher Plummer turns in a fantastic, perhaps career-best performance (that the Oscars somehow overlooked) that, despite his verbal hatred of the film, gives humanity to what could have easily been a one-note character. 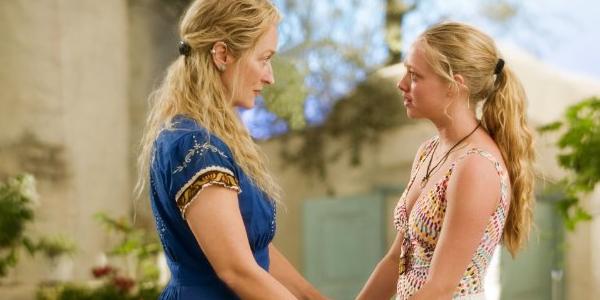 Just kidding. I figured I’d mention Phyllida Lloyd's adaptation once since its lead, Amanda Seyfried, also stars in Les Misérables. But on Mamma Mia!: It’s clear everyone in the film’s having fun, but it’s certainly less exciting for those of us out of the picture. Not even Seyfried’s bubbly yet balanced performance and the ABBA tunes prevent you from exclaiming, “Mamma Mia!” when all is said and done.