This Friday, The Man with the Iron Fists is setting off to put the “F U” in Kung Fu with a Spaghetti Western, martial arts mash-up unsurprisingly presented by Quentin Tarantino and produced and written by his buddy Eli Roth. The kung fu film has had an unquestionably monumental impact on action filmmaking, especially since Hollywood took note of what the art had to offer cinematically.

The discipline of kung fu speaks to overarching fighting styles that have developed over centuries in China. During the first half of the 20th Century, even non-Chinese styles such as karate and taekwondo have influenced the broader label. As is always the case when a style makes its way to the West, trademarks are tweaked, genres are blended and archaic techniques find themselves in modern or even futuristic settings. When you think about it, such manipulation and amalgamation is all very loyal to what kung fu stands for. So, without further adieu, let’s run down the 10 best revisionist kung fu movies. 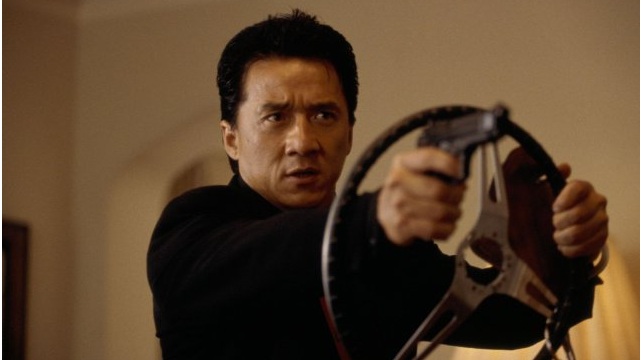 Although Hong Kong star Jackie Chan had been prominently acting for decades, it was 1998’s Rush Hour that made him a viable leading man in North America. Audiences ravenously devoured the buddy cop/martial arts shtick despite the genre clichés (from both groups) that still remained. It’s safe to say it wasn’t Chris Tucker who drew in the crowds but of course Chan’s cinematic presentation of Wushu and Wing Chun Kung Fu which he learned at the Chinese Opera House. The fact that Chan was not discovered because of his fighting talents but thrived because he mastered them for the screen is the very essence of a new generation of martial arts.

On the outskirts of what one could consider kung fu, Equilibrium took the traditional Kata and doused it in gun powder – the Gun Kata was born and Kurt Wimmer’s debut effort fused a dystopian future with the honor, concentration and fighting style of a civilization long since past. Whatever faults this film has (many critics would cite “a lot”) the fight sequences are stunning (preposterously so) and slick and propel the coolness factor higher with every round fired. Wimmer would try and duplicate this success in his follow-up, Ultraviolet, though it’s safe to say that was somewhat of a disaster. Equilibrium is a cult film right in the vein of your old school kung fu flick. 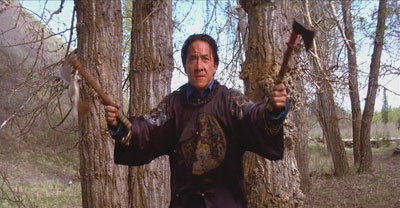 About as close to an overt Spaghetti Western as one can get, Shanghai Noon is essentially Akira Kurosawa’s Seven Samurai blended with its remake, The Magnificent Seven, with, of course, a healthy dose of the trademark Jackie Chan slapstick martial artistry. Daring stunts meet the six shooter and Chan meets Owen Wilson and the result is a gleeful, cheeky and hugely entertaining romp that hinges on the clashing of cultures and a strong chemistry between the pair. Although riding on the success of Rush Hour and its Asian-American fusion, Shanghai Noon had its own style and frankly, Wilson was a significant improvement over Chris Tucker. The Karate Kid, Segal and Van Damme may have brought martial arts to the attention of Westerners, but it was films like this that made the lasting impact. 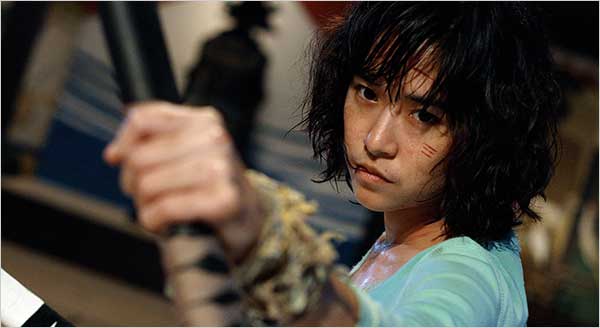 Another “presented by Tarantino” flick, the little-seen Chocolate (not to be confused with its French-pronounced romance counterpart) finds an autistic girl who after watching martial arts on TV all her life, sets out to settle her mother’s debts with a ruthless gang. The film itself is bizarre and seeing a young girl in these violent situations a la Kick-Ass or Hanna could be off-putting to some, but the fight choreography is beyond reproach and as a whole is certainly unlike any film you’ve seen before. Although far more comedically slanted, Chocolate is closer in approach to Chan-wook Parks Sympathy for Mr. Vengeance and the distinction between this and other Thai martial arts films is readily apparent.

Very loosely based on true events, though still told in autobiographical style, Ip Man tells a tale revolving around the life of legendary Chinese martial artist Yip Man (also known as Yip Kai-Man) who was the teacher of the equally legendary Bruce Lee. Although it significantly departs from historical fact in places, Ip Man has been celebrated as a genre triumph and features some stunning fight choreography. Storytelling eventually dissolves into kung fu-driven mayhem in the second half as Master Ip punishes a whole lot of Japanese who are occupying his town and home. Ip Man spawned both a prequel and a sequel thanks to its smashing box office success and from a quality perspective, it’s easy to see why. 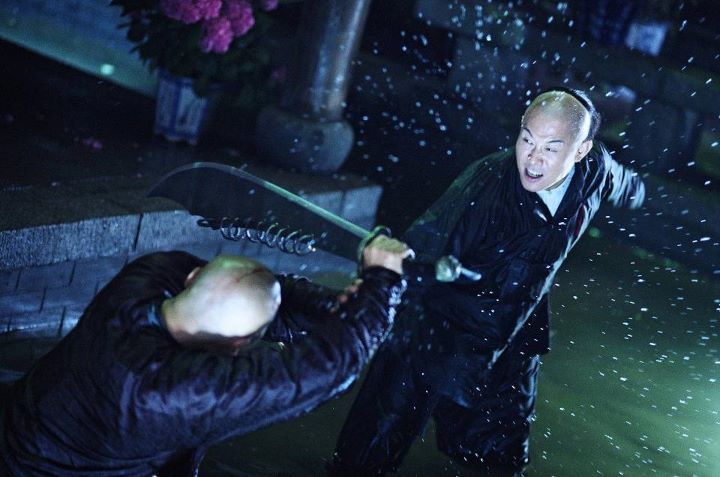 Claimed to be the last traditional marital arts film for Jet Li (it wasn’t), Fearless is based on the life of Huo Yuanjia, who was the founder of the Jin Wu Sports Federation. Set during the late 1800s to early 1900s in China (of course), the fights in this movie are realistic and tense, and the story is tasteful and more than makes up for the wholly average bevy of American films that Li had appeared in previously. If you want to see what Jet Li is capable of, then this is the movie to watch and I don’t just mean from a physical perspective. Li gives a fantastic performance in what is a far meatier role than some of the marketing would have you believe. Fearless is simultaneously heart-breaking and uplifting. 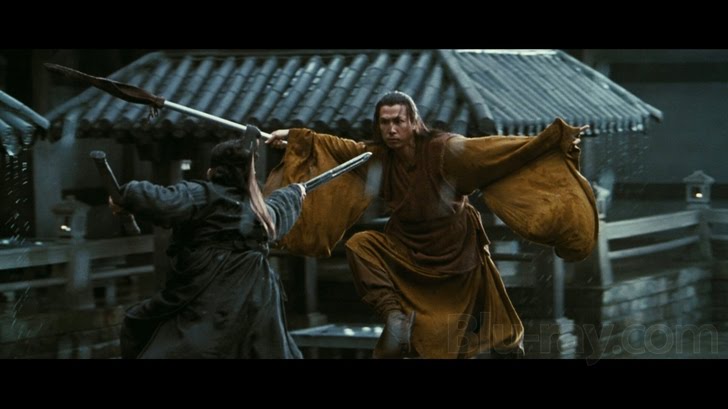 Presented by (you guessed it) Mr. Tarantino, Hero is poetry in motion. Set during the Warring States period, Jet Li plays a warrior known as “nameless” in a tale based on Jing Ke’s assassination attempt on the King of Qin in 227 BC. Sitting in the king’s throne room a set number of paces away, the warrior and the king trade stories of the downfall of conspirators that the warrior has pursued. With each convincing story, Li’s character is allowed so many more paces closer to the king. But is this man here to reminisce or has he arrived with more malicious intent? From Critically acclaimed Chinese director Zhang Yimou, his wuxia epic is easily the most artistic and visually striking martial arts movie made to date. From fight sequences that skirt between heavy action and surreal fantasy to the color-coded vignette structure of the narrative, it’s a pastiche of pastels, whimsy and bloodshed.

Sweeping and mystical, this Oscar-winning film (which is still the highest-grossing foreign language film in North America) combines the tragic sensibilities of Shakespeare with the kinetic, over-the-top style of a John Woo movie. Yes, in 2000, Ang Lee formally introduced the mainstream West to the world to the Chinese period epic, and suffice it to say that the world was immediately gobsmacked. Truly only a martial arts movie insofar as The Lord of the Rings is “just” an action movie, Crouching Tiger artfully blends its gripping action with gorgeous cinematography, heartfelt and often tragic drama, and an epic historical setting to craft a fully immersive tale that resonates even with those unfamiliar with the genre.

Keanu Reeves’ Neo knows kung fu and The Wachowskis known Wire-Fu, and together they know the art of crowd-pleasing, having given us one of the most subversive and inventive spins on the martial arts film, well, ever. You can see the adoration of the genre in every vein of The Matrix from the fight choreography to the wardrobes right up to the less subtle kung fu smackdown between Morpheus and Neo. Its sequel would even go one step further, actually featuring a period-set duel in a Chinese tea house within the matrix that comes off as something ripped from the world of Kill Bill. The Matrix was a trend-setter, a success both critically and financially and presented a tweak to the genre in North America a full year before Crouching Tiger would give us the real thing. 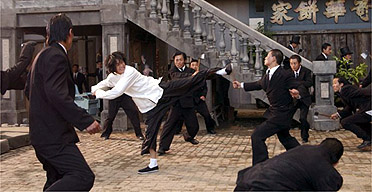 Blending the visual gags of Looney Tunes with traditional fist-to-fist action, Kung Fu Hustle is directed, written, produced by and starring Stephen Chow and is a heartfelt homage as much as it is a slick and exuberant exercise in mayhem. Chow thought enough of the genre to bring back a number of retired Hong Kong actors from the 1970s. Kung Fu Hustle stands as a stark departure from the shortly-lived trend of lavish historical epics such as Hero and Crouching Tiger, Hidden Dragon. While a number of martial arts films evoke laughter of the unintentional, campy variety, Kung Fu Hustle embraces the schlocky nature of it all, polishes the visuals and brings us a film more in the vein of a horror parody than a Rush Hour-style action comedy. Against all odds, domestic audiences actually responded to what Chow was serving up and Hustle became a tidy sleeper hit in 2005. Other films on this list may be better instances of pure martial arts, but no film knows the genre better or spun it on its head with more panache.