Have you finished Bioshock Infinite and still find yourself wanting to feel the wonder and excitement held in air city of Columbia? The fine folks at Irrational Games have no doubt created a sense of wonder and beauty, but they've had some help through some cinematic inspirations for the entire Bioshock series. While there's no Bioshock film coming out, not yet at least, here's a few entertaining films that should transport you to the worlds of Rapture and Columbia! 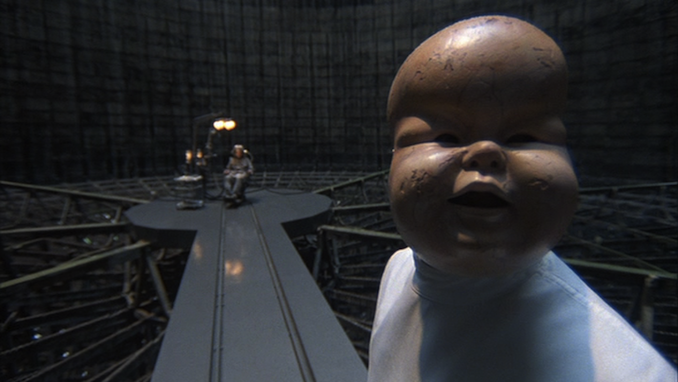 Terry Gilliam's Brazil is a wonderful look into a dystopian retro-future universe, where the state keeps a watchful eye on everything. Sam Lowry (Jonathan Price) plays an office bureaucrat for the Ministry of Information, who makes a fatal mistake and places the wrong man in prison. This leads him down a rabbit hole, where he encounters an interesting air conditioning man, Harry Tuttle (Robert De Niro), who happens to be a renegade against the Ministry of Information and goes on an insane adventure. From meeting the literal woman of his dreams to fighting a giant samurai in his nightmares, Terry Gilliam's classic film shows plenty of stylistic choices and flair that have laid the foundations for many different films and video games over the years.

Containing a mad scientist, a talking brain, a bunch of identical clones and Ron Perlman, there's no way you could not like The City of Lost Children. The brain child of Marc Caro and Jean-Pierre Jeunet, this steampunk fueled adventure is filled with wonder and awe for every single frame and deserves to be seen many. Krank (Daniel Emilfork) is a brilliant scientist, whose managed to create many wonders, but has only nightmares that plague his slumber. He decides to kidnap many of the children from the local city, with the hopes of stealing each of their dreams and utilizing them for his own personal greed. One of the children he kidnaps is the younger brother of One (Ron Perlman), a circus strongman that begins a quest to stop the evil madman and get his family back.

Way ahead of its time and containing telekinetic powers, much the ones you get from plasmids and vigors in the series, Dark City is most certainly an inspiration for the Bioshock series as a whole. John Murdoch (Rufus Sewell) wakes up in a hotel bathroom with amnesia, and finds a dead body in the bedroom. He flees the scene, with his newfound telekinetic abilities, only to have a mysterious group of men, called The Strangers, trying to capture him. With its fascinating script, impressive sets and its fusion of many great elements of science fiction, Dark City is one film that should not be missed!

While its certainly the least appealing film on this list, there's no denying that Sky Captain is still a visual masterpiece and should at least be seen once. One of the first films to be shot entirely on green screen, the film finds its roots in the old pulp serials of 30's and 40's to create a nostalgic sense of adventure. Jude Law plays the titular Sky Captain, who commands the private air force, the Flying Legion. Along with Polly Perkins (Gwyneth Paltrow), a quirky reporter try to find a mysterious scientist who is trying to build the robotic “World of Tomorrow”. 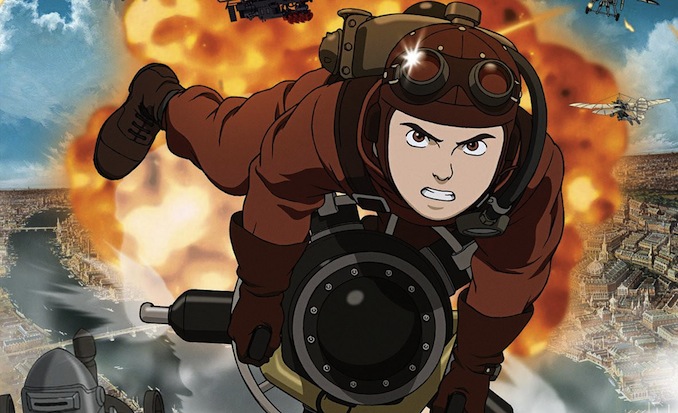 Ten years in the making and utilizing over 180,000 drawings, Katsuhiro Otomo unleashed his second major animated film with Steamboy. Set in 19th century England, the film follows Ray Steam, a young inventor trying to follow in the footsteps of his father and grandfather. When he comes back into contact with them, after they've been away doing research on steam engines, he's drawn into a major struggle between them, where Ray's own father has created a major weapon of mass destruction that he wishes to unleash upon the world. While the film is somewhat lacking in plot and character development, the animation and the rich steampunk setting make it checking out.

While there's no solid plans to get the Bioshock film off the ground anytime soon, hopefully these films can tide you over until it eventually gets made!