Receiving a formula tweak once again after 12 years on the big screen, Dom, Brain and the gang return in the trailer for Fast & Furious 6, which finds our merry gang of adrenaline junkies burning rubber in Europe. Thanks to the Super Bowl, we also witnessed some fresh footage for two of this summer’s biggest blockbusters: Iron Man 3 and Star Trek Into Darkness. Lastly, bringing yet another twist to the vampire film genre is from director Neil Jordan (starring Saoirse Ronan). 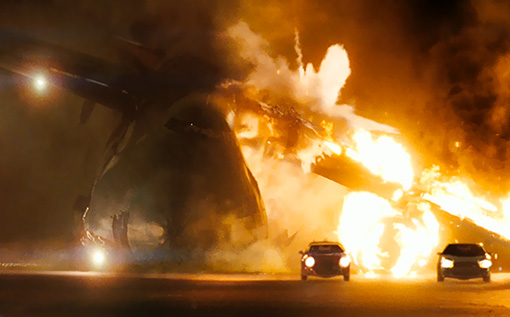 Following a resurgence of its own for installment number four, Fast Five introduced the heist element to the racing franchise and saw not only record grosses but also largely favorable reviews from critics. Director Justin Lin doesn’t seem to be playing it safe and is opting for a retread for Fast and Furious 6 by ramping up the automotive carnage. We follow the gang to with a new foe, new goal, and old flame.

If Fast Five did anything right it was its execution of the over-the-top action set pieces. From a highway tank chase to an assisted plane crash, this follow-up is not looking to rely on the muscles of Vin Diesel or curves of Michelle Rodriguez to thrill patrons. Well, not entirely anyway.

Continuing to impress with its promotional material (even with golden boy The Avengers standing as the overarching protector for all Marvel fare) Iron Man 3 and the Super Bowl have brought us some thrilling footage of a crashing Air Force One, tumbling bodies, and an overloaded superhero. Though director Shane Black is mostly known for the gritty, stunt-oriented action and the pyrotechnics of the Lethal Weapon series, it’s pretty clear with this clip he has a sure grasp on lavish GCI spectacle as well.

With more crumbling cities and Benedict Cumberbatch as Kahn, Star Trek Into Darkness is shaping up to be one of the most mature and thrilling offerings of summer 2013. The short spot didn’t bring us too much new footage, but its crisp, effective marketing, heightened greatly by the menacing voiceover of Cumberbatch, promises to add another great villain to the list that’s been growing for blockbusters of late.

From the director of The Crying Game and Michael Collins, Neil Jordan steps into unfamiliar territory with , a sprawling vampire film which draws its name from the ancient Greek city. Outside of those who have been treated to this film on the festival circuit, not much is known about how this movie aims to tweak the formula of the vampire film. With a cast that includes Saoirse Ronan, Gemma Arterton and Johnny Lee Miller, at the very least we’re in for some strong acting and arresting visuals.