Precious things are back this week with the second trailer for Peter Jackson’s The Hobbit: An Unexpected Journey, the first film in his (now) trilogy which rockets us back to Middle Earth. Also returning with a second trailer is Sinister, but this time it’s come fully prepared to freak-out, offering up utterly disturbing footage that promises to make this the must-see horror film of the year.

We’ll follow up with two smaller offerings, beginning with Special Forces, an action-drama starring Dianne Kruger and Djimon Hounsou and then Beautiful Creatures, the adaptation of the fantasy novel of the same name and starring the likes of Jeremy Irons, Emma Thompson and Emmy Rossum. 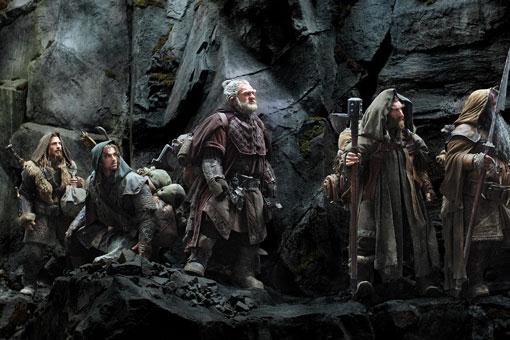 The Hobbit: An Unexpected Journey

Taking both a light and comedic tone while giving us some extended looks at the dark and gritty fantasy action that made The Lord of the Rings trilogy such a triumph, this second trailer for The Hobbit: An Unexpected Journey takes us to the misty mountains amidst conflict and every fantastical creature one could imagine. In addition to the visual splendor that vividly showcases the advancements in GCI since Peter Jackson since ventured to Middle Earth, Bilbo Baggins (Martin Freeman) and Gollum (Andy Serkis) once again have prominent appearances (not to mention a very funny little discussion).

With the aforementioned lighter tone at a number of points in the trailer, it will be interesting to see if Jackson takes the same route as he did with The Lord of the Rings films and gradually ramp up the bleakness as the stakes grow ever greater. At this point there is nothing to suggest that The Hobbit in its three-film entirety won’t be just as magnificent as its literary successors.

These days it’s only the very best horror offerings that can get a rise out of me (if they’re lucky), be it through a well-executed jump scare, disturbing revelation or good imagery. The red-band trailer for Sinister certainly takes the latter approach, featuring some skin-crawling sequences depicting mass suicides, particularly the unlucky families that had inadvertently unleashed the demon known as Bagul. Be sure to check out the official trailer for Sinister for more exposition plot-wise, but for those who already anticipated Scott Derrickson’s eerie little horror entry, this trailer will get you pumped as much as it will chill you to the bone.

Being called a stark departure from the normal film you’ll get out of France, Special Forces is a visceral, Afghanistan-set war film that tells the rather straightforward story of a kidnapped journalist who is the subject of a rescue mission by a team of elite soldiers. But as is the case in films of this ilk, of course, nothing goes to plan. There is nothing overtly compelling-looking about Special Forces, but seeing a French take on this oft-told tale (along with the acting talents of Dianne Kruger and Djimon Hounsou) could make for a decent thriller.

Beautiful Creatures is the latest in the current sensation that is adapting young adult novels, this time a supernatural drama centered on a teenager and the new girl in town who both uncover dark secrets about their families. The trailer certainly seems interesting (if far from a film I would rush out and see on opening weekend), but just because the film is adapted from a best-seller doesn’t mean it’s worth the feature-film treatment (quite a few recent offerings have proven that). Still, the film, which picks up cast members the likes of Emma Thompson, Jeremy Irons, Emmy Rossum and Viola Davis, certainly hint at something worthwhile.