Snitches may get stitches but The Rock gets locked — and loaded in the first trailer for Snitch, also starring The Walking Dead’s Jon Bernthal. Then, putting an alien spin on the haunted house/exorcism flick comes Dark Skies (not to be confused with Falling Skies) from the director of Legion and Priest.

After being pushed back to 2013, Bryan Singer’s newly titled Jack the Giant Slayer debuts its second trailer, one that showcases quite a bit more of its bigger stars (chiefly Ewan McGregor) and epic, effects-packed storyline. Lastly is the first full trailer for Blue Sky Animation’s Epic starring the voice of Amanda Seyfried as a girl thrust into a magical world of warring creatures. Know what else is epic? Trailer Tracker. 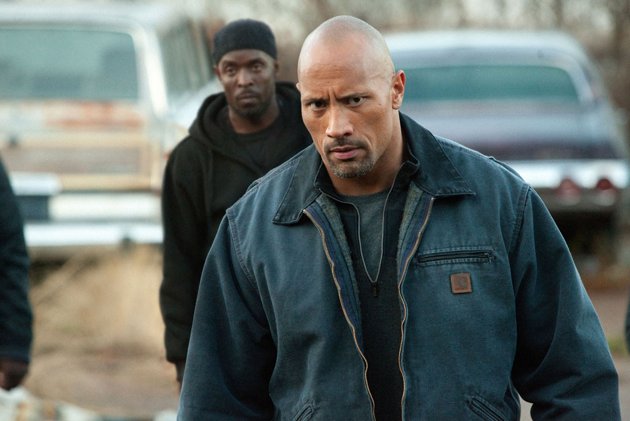 Dwayne “The Rock” Johnson is having a bit of a landmark run. After stumbling with some family fare and subpar post-Scorpion King string of action flicks, he added a hilarious cameo in The Other Guys and blockbuster success in Fast Five and Journey 2: The Mysterious Island. With the delayed G.I. Joe: Retaliation, The Fast and the Furious 6 and Michael Bay’s Pain and Gain still to come in 2013, his streak is not looking to cool anytime soon. However, flying a tad more under the radar is Snitch, his only immediately forthcoming solo film which finds a father switching to the rat life to turn State’s evidence against those who put his son in prison.

Joining The Rock are Susan Sarandon, Barry Pepper, the great Michael K. Williams and The Walking Dead’s Jon Bernthal who has lately become a hot commodity soon to star in Marton Scorsese’s The Wolf of Wall Street and headline another TV series L.A. Noir. As for Snitch, it certainly seems like your standard-order action flick though it does come from the fan-adored director of 2008’s Felon. Along with the apparently crisp action, I do like the filmmaker's attempt to put a little more substance behind why this man is doing what he's doing. Whether that comprises just five minutes of the overall film remains to be seen, but the ensemble is certainly intriguing. Snitch is looking for the same early-year success that met Contraband with its Feb. 22 release.

Strange marks appear, people start behaving oddly, birds go insane and E.T. is closer than you think: such is the world of the horror film. In Dark Skies, this horror film is transplanted into the lives of a suburban family comprised of mom (Waitress’ Keri Russell), dad (Josh Hamilton from The Bourne Identity and J. Edgar) and son Dakota Goyo (Real Steel).

Although being “from the producers of Paranormal Activity” has little clout these days, two things about this film intrigue me (if not send me into a tizzy). Firstly is the sticking to the still-fresh formula orchestrated by Insidious and Sinister where known, but under-the-radar leads are cast in a haunted house film with something at play other than a ghost. Secondly are those very leads that have proven to be immensely talented in their previous endeavors. On the flip side, Dark Skies is written and directed by Scott Charles Stewart, the man behind Legion and Priest. Two against one ain’t bad, I guess.

It’s Beast from X-Men: First Class and young Obi-Wan Kenobi versus CGI beasts in Bryan Singer’s Jack the Giant Slayer, a twist on the classic fairytale Jack and the Beanstalk. Formerly titled Jack the Giant Killer, the film stars Nicholas Hoult and Ewan McGregor who team up to rescue a princess from the realm of the giants and stop Stanley Tucci’s Lord Roderick from striking a deal with the creatures that would allow them to return to Earth. Slayer looks like a fun adventure that should strike a solid balance between comedy and action and likewise blockbuster crowds and families. The CGI needs a bit of tuning up, but Singer has had an unbroken streak of solid films so there is no reason to doubt the man this time around.

Based on The Leaf Men and the Brave Good Bugs by William Joyce (the author behind the book that turned into the recently released Rise of the Guardians), Epic comes from Fox’s Blue Sky Studios and boasts the voice talents of Amanda Seyfried, Josh Hutcherson, Colin Farrell, Beyonce Knowles, Christoph Waltz and Aziz Ansari. In Epic, a young girl is thrust into an extraordinary realm where tiny mythical creatures secretly fight for the survival of mankind. Although Blue Sky has had a spotty history and has not reached anything close to the level of Pixar or DreamWorks, visually speaking, Epic looks like a step up and the fact that they are adapting the story instead of just going for the "gang of colorful creatures" approach is refreshing.