Just two months out from its summer release, Marvel’s The Avengers isn’t holding any punches with its second theatrical trailer featuring more Hulk, more explosions, more alien menace and all round more epicness. Just released is also the teaser trailer for upcoming ensemble comedy Neighborhood Watch with Ben Stiller, Jonah Hill and Vince Vaughn about a group of overzealous dads who stumble onto a much bigger issue than loitering teens. Director of American Psycho Mary Harron is back to her twisted ways with The Moth Diaries, a psychological horror thriller set in an all-girls boarding school (but it’s not as kinky as you may think). Finally we have the official and (off-the-walls ridiculous trailer) for campy horror sequel Piranha 3DD. It’s not going to be anybody’s secret (not even Victoria’s) that this one will be one messed up B-movie. Hold onto your dingy – it’s Trailer Tracker. 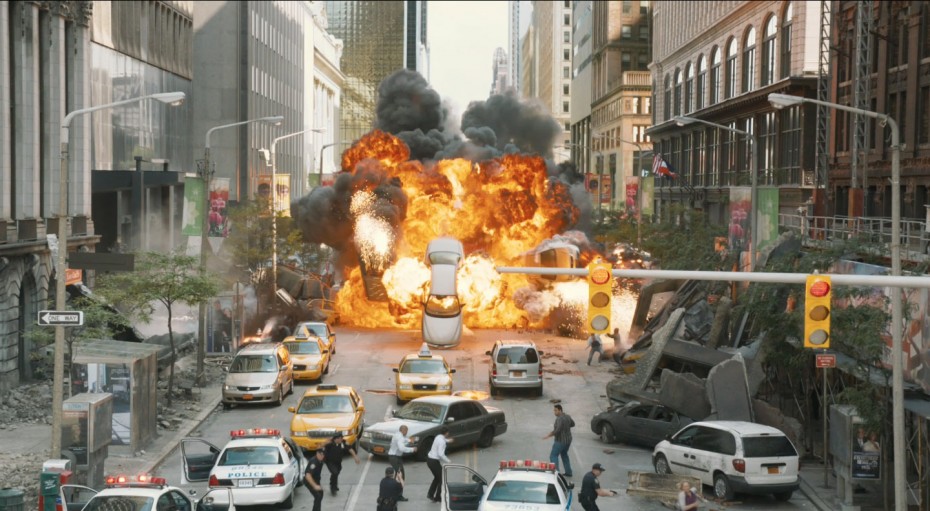 If the teaser trailer for The Avengers gave us the ingredients, and the initial feature-length look was the pie, then this second theatrical snippet would be said pie thrown aggressively in your face. As more and more is revealed surrounding this summer’s massive superhero undertaking, it is becoming more and more clear that this is going to be the event for which Marvel has been praying. Frankly at this point, I don’t see how it could fail. We’ve got the starpower, multiple popular brands combined and now the promise of grand CGI spectacle and gripping action (and yes the first hints of an actual plot).

The action set pieces we have seen in the past were certainly more than enough to whet any blockbuster-lover’s appetite and now we have The Hulk catching a tumbling Iron Man, a massive alien mothership, Hawkeye shooting his bow while falling through the sky, a warring Iron Man/Captain America/Thor, a foreboding Loki, scattering civilians, overwhelmed armies—and I just wet myself. Blind gushing aside, early word from screeners is that director Joss Whedon has not forgotten the plot and characters amidst the spectacle and that while he may be a tad out of his league when handling such extensive CGI, it is one of the most entertaining movies in recent memory.  Let’s hope that’s true.

Throwing more effort than necessary into their neighborhood watch group, four fathers (Ben Stiller, Vince Vaughn and Jonah Hill along with The IT Crowd’s Richard Ayoade) use the meetings as an out to spend some time away from their significant others.  On one such patrol, however, they stumble upon a little ‘ol alien invasion plot that could mark the end of the world. Bummer. It is then up to the oddball team to thwart the extraterrestrial menace.

Although they have worked with one another on more than one occasion, this will mark the first instance in which Stiller, Vaughn and Hill have collaborated as a threesome, and frankly it seems like a well-advised grouping. The sci-fi elements are not revealed in this teaser trailer, but what little of the actual comedy that is displayed I found to be quite hilarious (especially the dialogue between Stiller and Hill as they drag a young punk down to the police station). It remains to be seen if this genre hybrid directed by The Lonely Island member Akiva Schaffer and written by Seth Rogen and Evan Goldberg will work as well as say, Paul from last year, but the talent is certainly there to make this a very successful outing.

Director Mary Harron made waves with her double-shot debuts of I Shot Andy Warhol and American Psycho, and now after a stint writing and directing on the small screen she is back with the dark thriller The Moth Diaries. Starring relative unknowns Sarah Bolger (The Tudors), Lily Cole (The Imaginarium of Dr. Parnassus) and former “Underworld” lead Scott Speedman, The Moth Dairies is based on the 2002 novel by the same name. The central conflict (in addition to a general aura of dread and gothic tension) is if Cole’s Ernessa (the new arrival at a boarding school for girls) is a vampire. This effort will certainly not connect with mainstream audiences (minus the vampire thing), but when looking at Harron’s past works and the impeccable trailer, it could be a 2012 indie effort worth looking out for.

The world got its first look at sequel to Alexandre Aja’s tongue-in-cheek horror comedy Piranha 3D at last year’s Scream Fest, and now for your viewing (dis)pleasure we have the official trailer. If you found that the outlandish elements tossed to us initially raised your brow (an appearance by David Hasselhoff, gratuitous shots of voluptuous woman, the inexplicable return of Ving Rhames and his shotgun legs, etc.), well prepare for shock and awe. The original Piranha succeeded because it never tried too hard and was organically absurd, but this next instalment simply feels like it’s trying to one-up its predecessor to a fault. That being said, I will certainly give this one a chance because it’s just too bat-shit insane to pass up.