Trailer Tracker: The Mortal Instruments, The Host, Oz the Great and Powerful and More

The Twilight Saga concludes this Friday with the last half of the final book in Stephenie Meyer’s mega-successful series, and studios are already rushing to fill the void (and profitable market) that will be left for teenage girls. Two such films have debuted their trailers this week, the first of which is would-be franchise starter The Mortal Instruments: City of Bones and the second another Meyer book adaptation titled The Host.

Then for those at the polar opposite end of the spectrum is the splatter-filled red band trailer for horror anthology The ABCs of Death, which isn’t for the faint of heart. Last off, we have the second trailer for Sam Raimi’s Oz: The Great and Powerful, which teases a bit more of the plot and characters along with the visual splendor. This is Trailer Tracker. 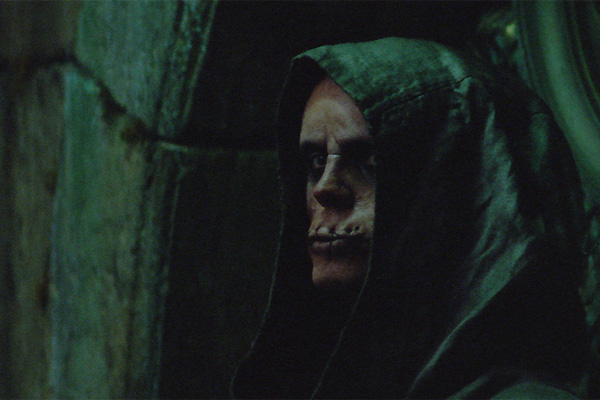 The Mortal Instruments: City of

A series of six young adult sci-fi fantasy novels that begins with, as you can likely guess, City of Bones, author Cassandra Clare’s series has risen to the status of international bestseller and spawned a sequel and prequel series from the novelist. Essentially what I’m saying is, this series is primed for franchise material and you can bet Sony is keen to make this one the recipient of everyone’s buzz phrase “the next Twilight.”

Starring Mirror Mirror’s Lily Collins along with the likes of Lena Headey, Jonathan Rhys Meyers, TV’s Robert Sheehan, Twilight’s Jamie Campbell Bower and Jared Harris, City of Bones follows a young girl as she discovers a hidden world of darkness and demons – one that she may have a closer connection to than she realizes. Harald Zwart (The Karate Kid) directs from a screenplay from I. Marlene King, best known for the television show Pretty Little Liars.

The talent across the board is certainly fresh, with many on the cusp of breaking out, but if the Edward and Bella crowds will turn out is another question entirely. The Percy Jackson series, which was heavy on mythological lore, was met with moderate success though other similar properties in The Sorcerer’s Apprentice, The Spiderwick Chronicles, Eragon and The Seeker were mostly non-starters. It certainly looks interesting and should have some crossover appeal to men, but only time will tell who wins the battle of the next big YA franchise.

Another prime contender, Twilight author Stephenie Meyer’s The Host, has two big things going for it: the author's name and the fact that it’s far heavier (promotionally at least) on the romance. However, both of those elements are also a hindrance when it comes to dragging guys to the theater. The fact that The Host will be directed and written for the screen by Andrew Niccol and starring the talented Saoirse Ronan is certainly a plus, though we’ve seen talented filmmakers try their luck at Twilight without much luck.

The Host follows Melanie, one of the few remaining humans on an Earth, which has been taken over by an alien parasite. After finally being captured/infected, instead of becoming just another zombie, she bonds with the parasite and sets out to free mankind and reunite with the man of her dreams. Is it a romantic version of Invasion of the Body Snatchers? Perhaps. We’ll just have to see if those involved are able to bring it home without too much unintentional laughter.

The ABCs of Death

The horror anthology approach was met with some solid success with V/H/S earlier this year and now 26 filmmakers will tackle 26 different stories of, well, death, across different genres and mediums. These blokes range anywhere from unknowns to Ti West (House of the Devil) and Xavier Gens (Hitman), and their work has garnered some solid early word since its debut at the Toronto International Film Festival. The trailer makes it pretty clear — this is either your kind of thing or it isn't.

Oz: The Great and Powerful

Witches and flying monkeys are all on display in the second trailer for Sam Raimi’s upcoming fantasy adventure and prequel to The Wonderful Wizard of Oz. The visuals continue to pop with eye-melting vibrancy as too does the impossible-to-avoid comparison to Tim Burton’s Alice in Wonderland. Some polishing has certainly be done since the debut of the first trailer (which was a heaping pile of “meh”), though this adaptation still has a long way to go to convince me to buy a ticket.