“Dead Meat,” True Blood’s eighth episode of its sixth season, serves as a bit of a filler episode, moving pieces into place for next week’s penultimate episode rather than advancing the story very far. While it does manage to bring one of the season’s more mind numbing storylines to some semblance of a close, it also manages to give us even more confusing and out of character actions by Sookie, which signals potential trouble for the series as a whole.

After eight long episodes, it appears that the Alcide/Sam banishment into the land of pointless storytelling has ended. And, not surprisingly, it ends with a whimper. It’s as if the writers realized the corner they were writing Alcide and Sam into and opted to scrap the whole thing rather than continue pushing until there was nowhere to take the characters. What ultimately angers me the most about the storyline is that we spent so long going down a path that lacked a satisfying pay-off.

Granted, in the final two episodes, shifters and weres could reveal themselves to the world, potentially making some of what happened in the tangential storyline matter. But even that realization would seem hollow compared to the vampire storyline, which has its weaknesses, but has managed to weave a good story throughout the season. My only solace with the current Alcide/Sam story is that they now have a chance to redeem Alcide and possibly make the character likeable once more. 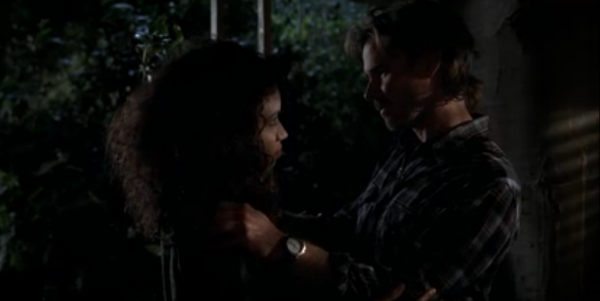 My main issue with this week’s episode is one that has been building slowly over the course of the season. True Blood is certainly an ensemble show. However, our protagonist is Sookie. She has been our window into the world of the supernatural throughout the course of the series. One of the reasons we’ve never seen her really in danger of getting turned is that she’s the touchstone for the audience - she’s one of the few human characters left, and if we lose that, we won’t have anyone to really relate to.

Yes, she’s spent the past six seasons wavering between the various male characters on the show, but she’s always proven that she’s just as strong and resourceful as them. Sookie possesses an inner strength that allows her to overcome the odds against her and thrive in the crazy world in which she is often embroiled. With that in mind, it was so refreshing to hear her start this season saying she wanted to have time for herself and stay out of vampire and were politics.

Now, we all knew that wouldn’t last long, but I really hoped she would spend the season without a love interest. It would have been great to see her existing on her own within the supernatural world. So when the Warlow relationship goes from 0 to 60 in under five minutes during the graveyard hook-up, I'm truly disappointed. Sookie has always been very careful and calculating in her romantic choices, so this spur of the moment hook-up is nothing like the character we have watched over the course of six years. 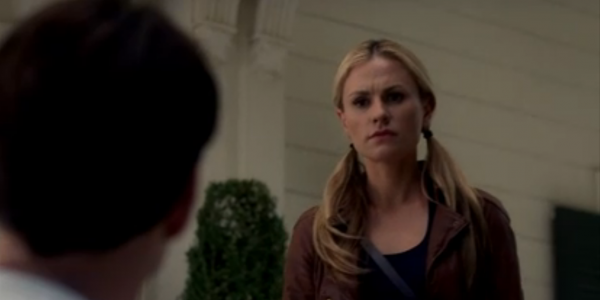 Further complicating matters is her reaction to Warlow afterwards. We’ve never seen Sookie be nonchalant about sex. Not that there’s anything wrong with that attitude, but there is nothing to suggest that Sookie has changed her personal views on sex and relationships, or that she went into it with the attitude that it would be just a one-time thing.

But what really has me scratching my head with what’s happening to the character of Sookie is her scene with Sam in this week’s episode. Sookie has always known that Sam has feelings for her. We’ve all known it as well, even since the first season. She’s let him down carefully in the past, but knows he still carries a torch for her. So with that in mind, why would she be so callous as to insinuate that she’s always assumed they’d eventually get together in the end? Is she just worried about the Warlow/Billith situation, so she’s fine with messing with her good friend’s head?

Sookie isn’t a saint, but the character isn’t cruel either. This Sookie - the one that would tell Sam she’s ready for him after six years of ignoring him in favor of whichever guy was the most dangerous (a brilliant reading of Sookie’s romantic past courtesy of Sam) - isn’t the character we’ve watched the past six years. I’m all in favor of character development and arcs that turn good guys into bad (or, as least morally ambiguous). But those changes shouldn’t materialize in the span of two episodes. That’s simply poor writing. 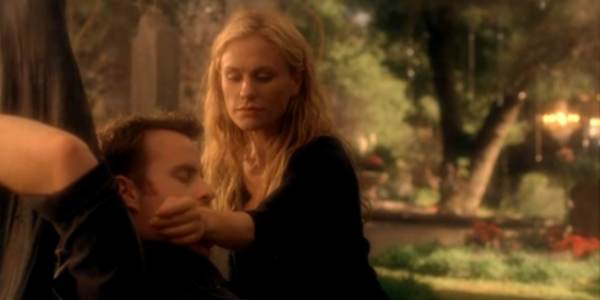 -- I really like seeing Bill and Eric face-off, with Bill finally being stronger than Eric. I am a bit confused about Eric’s endgame, however. I’m guessing he hopes to free Pam and company before they meet the sun, rather than get them Warlow’s blood - which means he has to move pretty fast to get it done.

-- So Sam got Nicole pregnant, and now they’re in love with each other? It’s only been like a week or so, right? Way to be super irresponsible with the birth control Sam!

-- Violet, the number one vampire who claimed Jason, is interesting. I hope we get to find out her story. Ditto for James.

-- Sarah Newlin has really gone off the deep end. And I love it.

-- I hope Steve makes it out alive. It would be a shame to lose him now!

-- So Warlow’s blood lets you walk in the sun forever? Because that’s a real game changer for the show and should probably get more than a throwaway line from Bill.