After last week’s disappointing outing, True Blood is much more on target this week. With its sixth episode of the season, the show says goodbye to one of its main cast members, sees the consummation of a new relationship, and gives us a look into one phase of the “endgame” in the human war on vampires.

Let’s start with the good. This season’s vampire storyline has been moving at a fast clip, and it takes several more steps in the right direction with this week’s advancements. Set to battle to the death in last week’s episode, Pam and Eric manage to work together, destroying several guards before they are separated. However, Eric’s insolence costs him, as Governor Burrell poisons Nora with a deadly (at least he claims it's deadly) strain of hepatitis. But the governor underestimates Eric, and he escapes from his cell with Nora and Willa, and manages to discover the governer's true, sinister plan: lacing all new TruBlood exports with the deadly hepatitis virus.

This episode also (finally) introduces Billith into the vampire/human war, as everyone’s favorite (possible) god finally realizes (with some help from Lilith, since Billith is the worst father ever) that Jessica has been captured and imprisoned. Throwing an immortal vampire (who is now impervious to the sun - at least until Warlow’s blood wears off) into the mix certainly seems to tip things in the vampires' favor (although, if that TruBlood gets out, things will get really bad really fast). 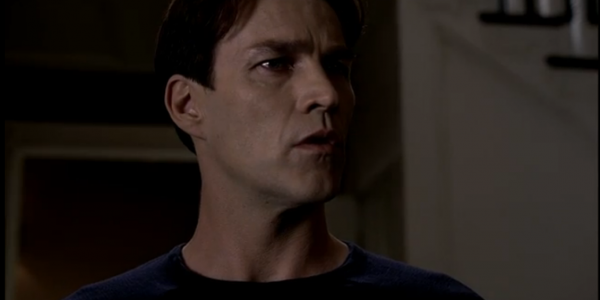 As much as I’ve railed against Billith at times, now that he’s integrated into the season’s central storyline in what appears to be a permanent manner (after all, he does off Governor Burrell with ease - something not even Eric managed to do), Billith seems to be serving a clear purpose within the story (and he appears to have regained some moralistic center, making him slightly more Bill than Lilith). I am intrigued to see how Billith reacts to the new developments in the Sookie-Warlow relationship. I have a feeling that moralistic center will fly right out the window.

Speaking of the new developments, the consummation of the Sookie-Warlow relationship, while completely inevitable, seems a bit out of character for Sookie. Yes, I expected her to save Warlow from the evil Billith, but after hearing her speech about her reputation as a “Danger Whore,” the last thing I expected was for Sookie to say, essentially, “Well, I guess everyone was right! We might as well hook up, since I tend to sleep with every vampire that crosses my path!” Remember the Sookie from the season premiere, the girl who was adamant that this time she would stay away from all the bad boy vampires that darken her doorstep? I really miss her. . . 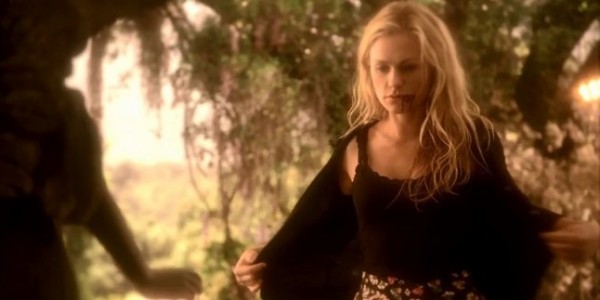 Finally, this week’s episode brings about the death of Terry, which we knew was coming based on his conversation with his Marine buddy last week. My one major complaint about the way the show goes about killing off Terry was that it can't, for some reason, manage to give Terry a simple death. Rather than letting us see Terry wrap up his life, the show had to manipulate more emotions out of us by having Arlene wipe Terry of his painful war memories via a convenient encounter with a vampire. Knowing Terry’s death is imminent, giving the audience a few scenes with Terry as a normal and well-adjusted adult, after six years of seeing him as a haunted war vet, feels cheap and manipulative.

The show doesn't need to try to wring the extra emotion out of us - we already care about Terry and have spent significant time with the character. And changing the character at the eleventh hour into what he “could have been” only cheapens our connection to him. The Terry we’ll remember is the broken man, not the happy family man of his last few hours. While I am sad to see anyone leave, the writers never really knew how to fit Terry (and, by extension, Arlene) into the fabric of the show, so his death is really addition by subtraction. 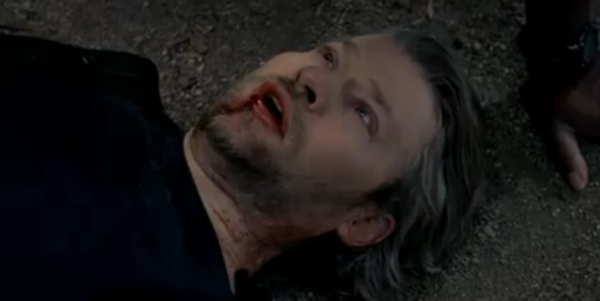 -- Jason trying to outwit Sarah Newlin can only end badly, right? As much as we all love Jason, he’s not the sharpest knife in the drawer, and the savvy survival instincts of Sarah are bound to crush Jason eventually.

-- Speaking of Jason, did Warlow’s blood cure his headache/brain tumor? Or will we be coming back to that storyline?

-- Now, I’ve never really trusted Lilith, but after her less than joyous meeting with Billith, I’m trusting her even less. How long until Lilith finds a way separate herself from Bill and make Bill once again mortal (at least vampire mortal)?

-- I’m glad faerie child Number 4 finally has a name. Although it certainly is a strange one.

-- Willa is growing on me far faster than Nora did. Her resourcefulness (thanks in great part to Tara) is great to see. And I won’t be too sad if Nora bites it.

-- At this past weekend’s Comic Con, True Blood executive producer/showrunner Brian Buckner stressed that the show was going to return to its roots as a vampire show set in the small town of Bon Temps. This, in my opinion, is fantastic news, as the show has really grown in all the wrong ways the past few seasons. Hopefully the rest of season six sets us on the right path so that season seven brings things back to where they need to be.