True Blood’s penultimate episode, “Life Matters”, boils the season’s storylines down to two: the climax of the vampire-human showdown and Terry’s funeral. While it's nice to see some of Bon Temps’ most colorful citizenry once again (something that has been sorely missed this past year), once again it is the vampire story that rules the day with action and story development.

Now, I admit I enjoyed the character of Terry as much as the next person. But I can’t help but wish that we had been given the chance to get to spend this much time with Terry before he died. Furthermore, as nice as it is to have time for Terry’s funeral, spending an entire episode on the funeral of a peripheral character really isn’t the best use of time. I would have much rather have used the time to develop Warlow (one of the season’s biggest disappointments). 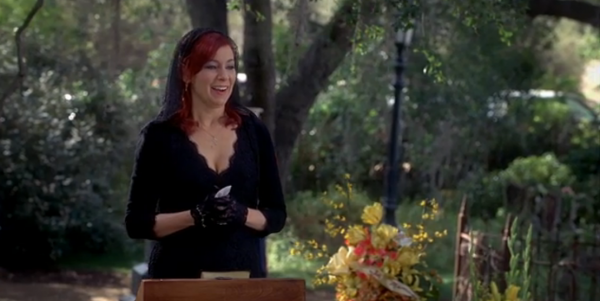 As for the vampire storyline, things finally come to a head, with Eric breaking the vampires out of their cells and Bill managing to save all of our favorites before they met the sun (courtesy of Sarah Newlin). Unfortunately, Steve Newlin’s luck finally runs out, as Eric refuses to let him drink from Bill and poor Steve is left to burn up - but not before declaring his love for Jason Stackhouse one last time. I’ll certainly miss Steve in future seasons.

After feeding the vampires and allowing them a chance to walk in the sun (and allowing those actors the chance to work outside during the day for the first time in years), Bill is left weakened and being summoned from the world by Lilith’s naked messengers. Luckily for him, he manages to call Jessica, and she and James rush in to feed Bill, thereby saving his life. I think it’s safe to say the old Bill has returned. I’m interested to see if this is the end of the Lilith story, or if it will fully wrap up next week. 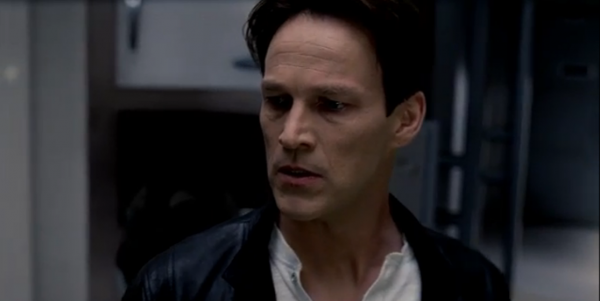 The rest of the vampire storyline is all about revenge, with Eric killing the doctor who infected Nora (in a particularly gruesome way) and Pam killing the therapist (after an irate Eric serves him up for her on a silver platter ). Even Jason had a chance at revenge, but stopped short of killing Sarah Newlin - a decision that will surely come back to haunt him later.

But the most intriguing development comes in the episode’s final moments, which sees the vampires heading off to Bill’s for a party, with Eric staying behind. After being noticed by Pam, who begs him not to leave her, Eric shoots off into the sky with a sad smirk on his face. Where is he heading? And how much bloodshed will there be in his wake? 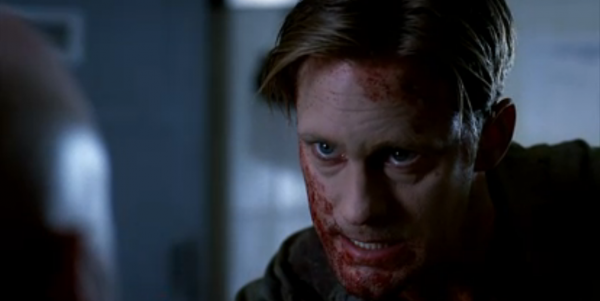 -- As much as I’d rather the show have shown us these different sides to Terry when he was alive, it is nice to see some of the season’s most underused actors get a chance to shine. If I could only have one wish for next year, it would be that Lafayette gets a chance to do something.

-- Looks like Jason has a new vampire girlfriend. That cannot end well for anyone.

-- Speaking of Jason, next week has to have a sex dream with Eric, right?

-- I love having Ginger back, but can we make a rule she only gets to scream once an episode? Twice if it’s really called for.

-- So are those vamps in Hawaii stealing the TruBlood or destroying it? Because if the drink does get to the vamps, it could still be a major problem.