"A raw look at the realities of motherhood"
By: Russ Matthews | Movie Reviews | March 19, 2018
Motherhood offers different shared experiences like the birthing process and sleep deprivation, but for most women, their child-rearing journey does prove to have aspects that are unique to them. It is a bittersweet part of life that provides great days of celebration and can deliver exceptional heartache for most mothers. Despite these extreme highs and lows, the vast majority of ladies would not give it up for anything. Many of the stories of mothers depicted on the big screen tend to be unrealistic or even offensive, but every once in a while there is a film that touches on the realistic aspects of maternity that manages to lead to laughter and tears while tapping into the beauty of the relationship between mother and child. 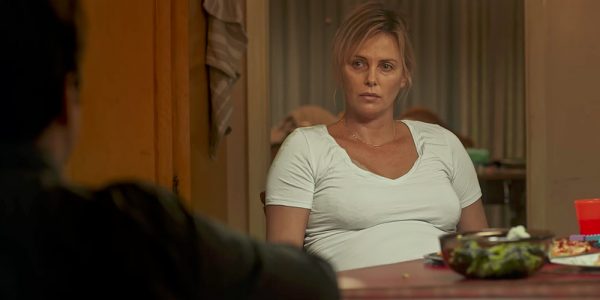 Marlo (Charlize Theron) is overwhelmed with life and she feels like she is on the non-stop treadmill of being a mother and wife. She and her husband, Drew (Ron Livingston), have two elementary school aged children and with another on the way, they are just trying to make things work within their humble existence. Having a range of problems that range from their kindergartener struggling with being on the spectrum, not knowing how they will make ends meet when their baby comes into the world and the disconnection they have in their marriage all seems a bit much. Then one night over dinner, Marlo’s wealthy brother offers to hire a night nanny for his sister. At first, the couple does not like the idea of having a stranger in their home through the night, but after an exasperating day, Marlo accepts the offer of help. Upon arrival to the family home, Tully (Mackenzie Davis) proves to be more than a nanny. Her familiarity and free spirit are disarming and unconventional, but she becomes an invaluable part of the family until the revelation of her true identity. 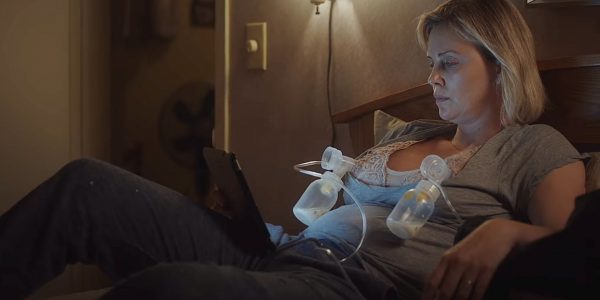 Tully is difficult to summarise, except that the script comes from the creative team behind Juno and Young Adult. With the offbeat stylings of Academy Award-winning writer Diablo Cody and director Jason Reitman at the epicenter of this inventive story, this becomes a cinematic journey that delivers a divergent point of view. This collaborative pair has no problem drawing back the curtain on some of life’s taboo topics and allowing audiences to laugh at those aspects that are usually only shown in more dramatic films. With this venture into motherhood, they prove that the chasm between some of life’s most significant pain and funniest moments is not as vast as one would think. This description is meant to provide all who choose to attend this film with a means of bracing themselves for a combination of confronting and biting commentary combined with exceptionally endearing and tender moments. The harsh realities presented in the script work on screen because of the commitment from each member of the cast. Charlize Theron and Mackenzie Davis embody each of these roles with a convincing reality that manages to convey an air of uncertainty paired with a desire to see them prevail in all that comes into their lives. Their relationship touches on the raw nerves of a mother's existence and pushes to expose the inner desire for friendship that can provide an escape from this world of normalcy. 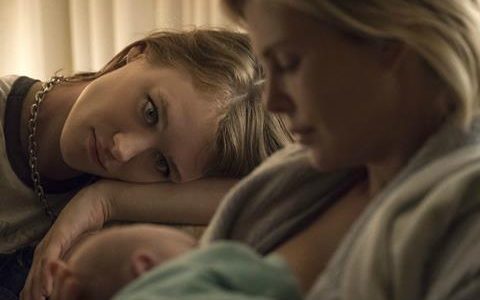 Audiences will be disappointed if they go to see Tully and expect it to meet the conventions of traditional comedies or a dramatic depiction parenthood. Another group that will have an issue with this film are those who want a feel-good movie where all things get wrapped up at the end instead of an unorthodox means of storytelling. It is indeed for the fans of the Cody/ Reitman combination to enjoy but will connect with the microcosm of middle-class parents who just want to make things work out in the lives of their family. Most of the humor would be difficult to appreciate unless you have experienced the realities that unfold on the screen. This tale proves to be a disturbingly, brilliant film that will make audiences laugh, cry and stretch their perspectives on life.
Rating
9.0
Pros