"Hollywood Faces Are Doing More & More Video Game Voices"
By: Zack Zwiezen | PC Features - PS3 Features - PS4 Features - Xbox 360 Features - Xbox One Features | August 31, 2014
Bethesda released a new video showing off the upcoming The Evil Within’s voice cast. Like previous games that have released similar videos the whole thing rubs me the wrong way. It feels so fake, but so does most marketing. What’s worse is it feels so desperate too. Before even watching the video I knew what was going to happen. These videos are all the same. Actors and actresses are shown doing some voices while we talk to them about their character and the process of doing voice work for a video game. This usually goes two ways. The actor talks about some game they use to play, to show us that “hey they play games too!” or they talk about how different it is from anything else they have done before and how they want to do it again.

The Evil Within video is funny because they start talking about how Shinji Mikami is like Martin Scorsese. I laughed pretty hard at that point in the video. I love Resident Evil, I love it a lot. But comparing the games he made to films like Goodfellas, well it feels like delusional ramblings of someone trying REALLY hard to prove games are as “good” as movies. Not to say Mikami has made "bad" games, its more the idea of comparing video games to movies in general.
That's one of my big issues with this. Its the same issue I had with games trying to “look” more and more like movies, games like Uncharted. The problem is that by trying to emulate or compare themselves to film, games end up feeling less distinct. The best games I have ever played wouldn't work as movies. Games like X-Com, which use your decisions and interactions to change the story and the world. Games shouldn't be chasing movies. They should be trying new things and taking advantage of what they have. Being able to interact with the game is something a movie can never do, yet so many games don’t use that advantage in any real or meaningful way.


What Does A Big Name Actor Add To A Game?


The Elder Scrolls Online had a video like this. Showing off all the “amazing” Hollywood talent they had. Which was always funny to me. This is a giant MMO, where most players are going to be skipping as much of the text, story and dialogue as they can. That's what tons of MMO players do. They are there to get more XP and some rewards, not hear John Cleese tell them some story about some lizard dudes who took his chicken and how they need to get it back to him. 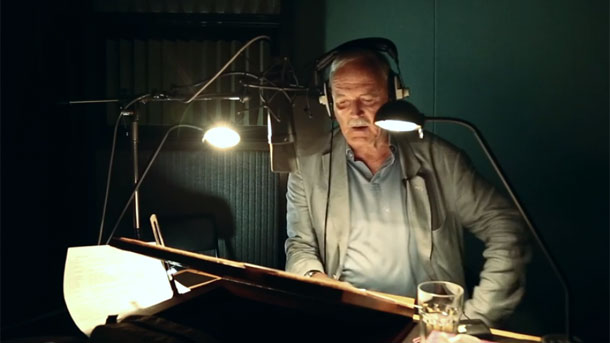 That’s another issue I have with bringing in big name and super talented Hollywood actors into games. What does it honestly add? Games are filled with nonsense and dumb stuff like “Collect 100 comic books.” Actors can be super talented but I honestly have never felt like any Hollywood actor has actually added anything to the games I’ve played. (Well outside Ron Pearlman in Fallout and Michael Ironside in Splinter Cell.) My reaction to big name actors in games is usually something like this:
“Oh.. that's Emilio Estevez... that's cool. I guess.. Actually its sort of weird... man its been awhile since I saw Young Guns. Wait did he just ask me to kill 100 space lions?”
We’re touching on a whole different subject, about games and how many of them have stories worth caring about, but the point is that Hollywood actors feel unnecessary. Even more so now that we have people like Troy Baker and Jennifer Hale. These voice actors are delivering amazing performances. You don’t need some super expensive Hollywood actor when you have these talented people who probably cost less and have tons of experience doing voice work. It almost seems like an insult to the many talented voice actors, who some have been in this industry for a long time, to go instead to someone like Matthew Perry.
What's worse is when we see a situation where David Hayter, the long time voice actor of Snake is kicked out of his role and replaced with some big name Hollywood actor. In this case David was replaced by Kiefer Sutherland. Kiefer doesn't do a bad job (I wouldn't say he does a great job either), but I know his voice really well. So it threw me for a loop when Jack Bauer started talking to people in Metal Gear Solid: Ground Zeroes. And when some of Kiefer's lines came out sounding bored, I wondered why Konami was flipping the bill for someone as expensive as he is when Hayter was doing a great job already. If they did for more sales, I honestly wonder how many people are going to buy MGSV: The Phantom Pain because Kiefer Sutherland is in it.


It Is not like Hollywood actors mean your game will become a mega hit. Look at how poorly Elder Scrolls Online is doing, even though they have Michael Gambon and other big name actors. It’s almost as if people like you and me, people who play and love video games, are more interested in the whole game rather than what three-six famous actors you paid to do voice work one afternoon. 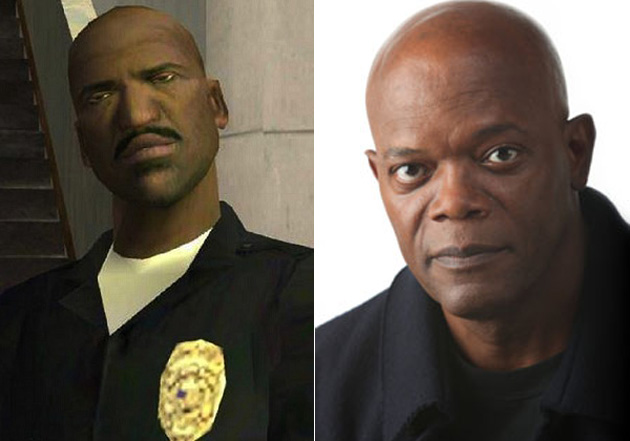 Look at Grand Theft Auto V, sure some of its radio DJs are famous people, but the main voice cast is made up of unknowns. Rockstar themselves use to have famous actors in their games, like Samuel Jackson in GTA San Andreas, but Dan Houser talked about why they, Rockstar, moved away from famous actors.


"The good thing about most famous actors is they can actually act very well or they can do their shtick really well. Sometimes it's one, sometimes it's the other. I think it was really useful on the PS2-era games for bringing these somewhat simplistic characters to life. When we went to PS3 and 360 I think it would become a distraction if you were like, 'Well, that's a famous person.' Suddenly these characters start to feel like they were alive a lot more and you need that to sell them. As long as you have good actors, not knowing them actually is an advantage in terms of bringing the game to life..”


Games are becoming bigger and bigger every year. More and more people are playing them. As this industry continues to grow, so to does the money it rakes in. Games are making billions every year. It is not a surprise that Hollywood agencies and actors are looking to gaming as the next frontier. I just hope publishers and developers focus on creating interesting and living characters. Characters that feel real, sound real and act like real people. Characters that I can grow close to or become angry at.
I don’t want to run around a military base as Kiefer Sutherland occasionally saying something. I want more  human characters and less Hollywood actors stuffed into a game for the sake of a marketing video.