Turned out to be the best balance with AI for us, said Zampella via Twitter. 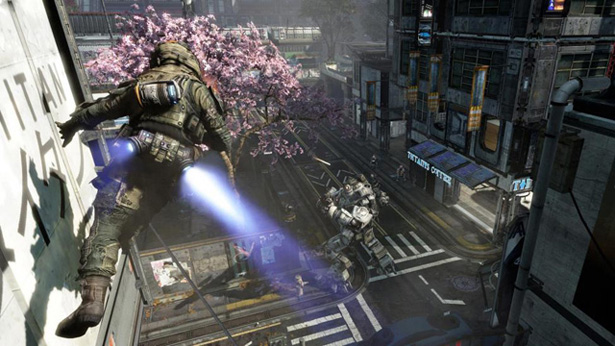 Much to the vexation of not only the Twitter user whom asked Zampella for the player count, but other gamers across the Internet; the decision has been met openly with disappointment thus far. However, the small player count when compared to other first-person shooters with multiplayer support ought comes as no surprise to those that have followed the development of Titanfall since it's announcement.
The game has been specifically designed around blending aspects of a single-player campaign within the framework of a multiplayer match. Since the campaign mutliplayer for Titanfall is loosely plot driven, setting the context and scene for the match, non-player characters with leading roles and additional combatants saturate the battle space providing a greater scale to not only the fight but the purpose for it; an integrated and interactive meta-game. With the implementation of AI in these roles, along with the player's ability to exit their Titan while it continues to follow them as an additional AI unit the first issue that comes to mind from the perspective of game design is balance; which extends beyond the ratio of player characters to NPCs into the realm of level design. 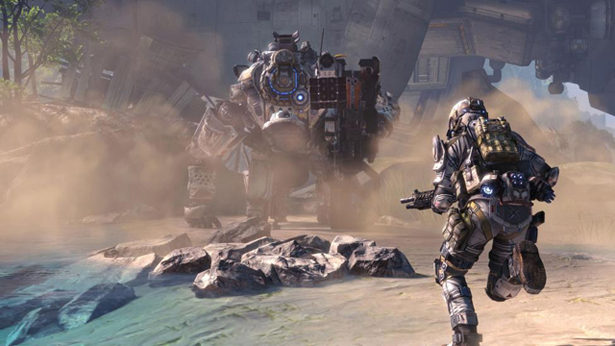 From what Respawn Entertainment has shown through the E3 gameplay and Angel City gameplay videos, the maps have been designed with a greater emphasis on vertical mobility to fit the game mechanic of the jump kit, which allows players to double-jump and wall-run throughout the environment while on foot. That in turn led the developers to reduce the horizontal plane of the maps which the gameplay videos have certainly reflected. The E3 footage which showcased the Hardpoint game mode (capture the flag) displayed only three capture points; while the Angel City video that exhibited the Attrition game mode (team deathmatch) had a remarkably short extraction timer following one of the team's defeats, a meager 15 seconds.
With that in mind, the essential game design question remains one of balance. Considering furthermore that each individual player can be complemented by a Titan, the restriction of player count to six versus six matches is short-sighted as players can find themselves within the scrum of 24 combatants strictly of human virtue. Along with additional AI soldiers, Titanfall has a solid foundation to deliver on the promise of fast-paced and relentless action. 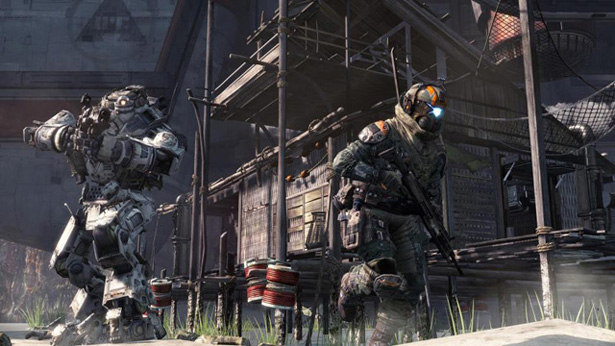 Of course the outcry over 12 player matches is furthermore one of preference and expectation rather than a failure of game design. Naturally fans of the Call of Duty series will expect a greater player tally, and considering Zampella's history with that series along with many other Respawn Entertainment employees the logical leap is sound though stinted as the Titanfall development team has sought to create an entirely new gaming experience outside of the zeitgeist for multiplayer FPS today.
None the less, small matches do not necessitate a lesser mutliplayer experience. Still strong after so long, Counter-Strike continues to march on with a multiplayer format of five versus five player matches. Today the player count for Counter-Strike: Global Offensive peaked at 96,082 users based upon Steam's statistics; while the aged Counter-Strike: Source peaked at 32,361, respectable for a video game 10 months shy of it's 10th year since release. Though Titanfall will not be a game for everyone due to the player count, 128,443 individual users played across two games today which have a player count of 10; clearly there is a market for small player count first-person shooters.