My Waning Interest in Destiny

"My (previously) most anticipated game of 2014 already has me fatigued"
By: Josh | PS3 Features - PS4 Features - Xbox 360 Features - Xbox One Features | August 27, 2014
Moments after the Destiny alpha ended for Playstation 4 users, I quickly realized Bungie's next shooter had now become my most anticipated game of 2014. It was an easy choice, I have always been interested in playing MMO games but the one thing that always tore me away was the traditional combat. I don't find MMO combat to be at all entertaining, thus when you task me with killing three of "blank" I could not be less interested. However, if you take that style of game, vast worlds with dozens of players scattered as far as the eye can see with decent combat, I would at least give it a whirl.
What Destiny does is take some of the best first person shooting around and sticks it inside that shell. So, when I am told to go kill three Fallen enemies, I would be more than happy too because hey, the combat feels exceptional. It didn't seem like I was the only one hoping onto the Destiny hype train though, players around every corner of the internet started to realize what Destiny was, an MMO within a great shooter. So why in the world has Destiny fallen completely off for me after the beta? What changed in that few months away that has soured me on a very memorable alpha experience. The answer is nothing, and there lies the issue. 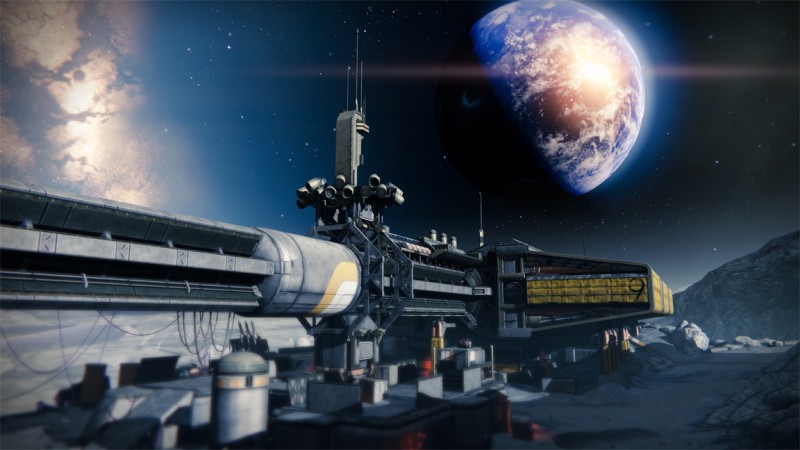 Before I continue further, let's look at this how it is, a beta. It is a very small piece of what Bungie is saying their biggest game ever. That may be true but what makes it so big? The alpha took place on the barren wastelands of Old Russia, sporting one or two story missions with some competitive online and a strike mission which in MMO terms translates to a raid. When the beta came out it too took place on that same piece of land and very briefly moved up onto our good friend, the moon, where wizards apparently come from.
It only takes one or two missions to notice that you will be running through the same areas once or twice, sometimes more than that. Instead of story beats being closed off in their own little container, they are splintered off into section of an over world, such as Old Russia. While I enjoyed my time greatly during the alpha on the snowy grounds, the fatigue came in at an almost unanticipated pace. Even the strike missions seem to take place on this very same maps; which in turnshows the variability of the land but still, returning to that place over and over starts to get old and boy does it get old.

During the alpha/beta the only real objective in the so called "explore" mode is to find beacons that have the most cookie cutter missions you could imagine and spread them around the world. This ranges from, go to this location and look at "X" or go here and collect "X" many of these things from Fallen soldiers. The community instances that randomly happen are always pretty awesome but start to fall flat when you see the same one over and over again, not to mention the difficulty spike that occurs if nobody else decides to tag along with you.
Perhaps the worst thing eating away at me was the style of the story missions. They have much more depth than the simple beacon missions but in the end they slowly boil down to either "kill this thing or scan this thing" and mission complete. They felt uninspired and relied entirely on the combat being great, which it is. When you complete a mission you and whoever your with go back into orbit, from here you can decide to do the next mission or a variety of other things like visit a hub world. At first it struck me as strange, why wouldn't they just seamlessly push you to the next story beat? It is an interconnected world, they do all take place on that same chunk of land, why pull you out of the experience so you could just go back in? It feels disjointed and a bit clumsy, not to mention that you yet again must go through some very similar areas just to reach your next objective. 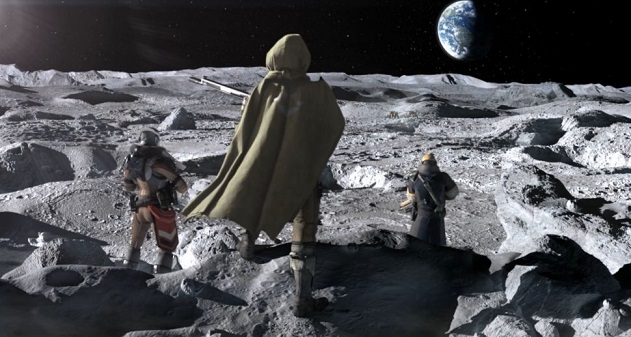 I don't mean to trample all over Destiny though, this is but a single piece of a much bigger pie that will hopefully capture me and everyone else once it's finally released. The combat is really a ton of fun, each class feels similar enough to play but have their own strengths to really make them stand out. Destiny is clearly built for friends and taking on missions with two or three buddies really amps up the fun whether your tackling the difficult strike mission or weaving your way through the story. The production values are clearly there as well, Destiny is a gorgeous game filled with tremendous atmosphere and sound design that is second to none. Whether the game will remain interesting gameplay wise is in question, there is no question that the visuals and sound design are simply stunning.
I also found solace within the competitive multiplayer. While some of the maps and vehicles felt out of tune unsurprisingly, the core concepts are sound, creating an exhilarating multiplayer experience. Balancing the mode can't be easy considering the large array of items and levels players could be in a single five on five match. Luckily, there was never a time I felt under leveled in the multiplayer and bringing in your loot to show off will bring smiles to players with the infamous "loot-lust."

My confidence of Destiny and what it's going to do has stumbled a bit. Announcing the expansions far beyond a release date only made it worse, feeling like they are already prepping to grab as much cash as they possibly can as quickly as they can. Still, I have hope that while each world has one map, there will be plenty to explore to keep the fatigue at bay, after all, Bungie knows how to make a video game.