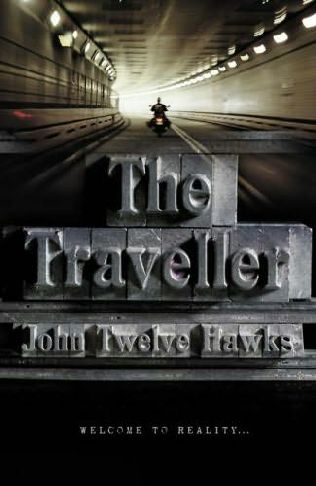 With Lionsgate’s adaptation of The Hunger Games breaking box-office records this weekend, it’s no surprise that studios are looking heavily into other dystopian properties. That being said, one studio may have found its very own “Hunger Games” in “Fourth Realm.”

Set in the near future, the “Fourth Realm” novels by John Twelve Hawks account for the power struggles between the Tabula and the Travelers. The Tabula controls society through means of constant observation, while the Travelers, albeit almost extinct, can project spirits into various dimensions.

Warner Bros. isn’t wasting any time with the property, as Deadline Hollywood reports that the studio plans to make the series’ first book The Traveler as soon as possible. The rest of the trilogy includes novels The Dark River and The Golden City.

Hawks, who keeps a very low profile and shrouds himself in mystery, seems very excited to see Warner Bros. adapting his series. In his own words:

“I’m so pleased that the trilogy is at Warner Bros., a studio whose history of otherworldly storytelling is so indelible and whose vision for the Fourth Realm Trilogy is so inspiring,”

Given that the “Fourth Realm” books have made their way into 25 different languages and moved over a million copies, this acquisition could give Warner Bros. a surprisingly strong success. If the studio is true to its word, expect a greenlight shortly.