A painting, murder, deceit, young love, and a decapitated head, where else, but at The Grand Budapest Hotel? Set in the fictional European country of Zubrowka during the 1960s, the tale is as follows: The concierge of the Grand Budapest, Gustave, is having an affair with a wealthy, older lady. There’s nothing particularly special about that because Gustave is having multiple affairs with the patronesses of the Grand Budapest. They are always insecure and vain, alway old, always wealthy, and always blonde. Why blonde? They just are. It becomes a special affair when Madame D is suddenly found dead- most likely murdered! Gustave attends her wake like a dutiful friend and lover. At the reading of Madame D’s will, Gustave is given a valuable painting to his utter delight and the furious dismay of Madame D’s son. Before you know it, Gustave is the prime suspect of Madame D’s murder. It’s up to his closest confidante and mentee-lobby boy, Zero Mustafa to prove his innocence. 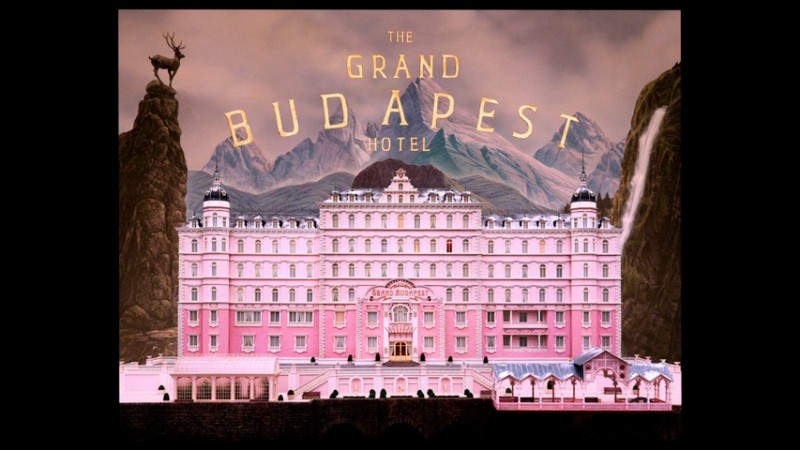 There are two stars in the film- the first is the Grand Budapest - naturally. The hotel is nestled up in the mountains of a made-up European country.  It’s exterior is painted pastel pink like a subtle blush that masks the false modesty of the hotel and it’s popular concierge, Gustave H. This brings us to the film’s second star, Ralph Fiennes. While the film contains possibly one of the most delightful casts, Fiennes runs wild stealing almost every scene in which he stars. His prim and proper mannerisms are hilariously contrasted against the ludicrous behavior of his character. The scene featured in the trailer in which Adrien Brody’s character confronts Gustave about the nature of his relationship with his mother is a good example. Fiennes calm and collected Gustave replies with a gentlemanly, matter-of-fact “I go to bed with all my friends.”

Gustave H. writes poetic verses, even though they are not that good. He puts on airs of grandeur even though he is just a concierge living in a tiny servant’s room. He’s a man who steals, breaks out of prison, and all around disrespects the law in order to prove his innocence and unimpugnable character. This cynical look at Gustave might be more valid where it not for Fiennes fine acting work that imbues the character with humanity, heart, and a lot of humor. You can tell Fiennes had great fun delivering these lines, and if there is going to be just one take away from this it’s that Ralph Fiennes has impeccable comedic timing. There were hints of it in Fiennes’s villainous role from In Bruges, and it comes out in full force here for Grand Budapest. For our sakes, I hope that Ralph Fiennes continues to add whimsy to his career. 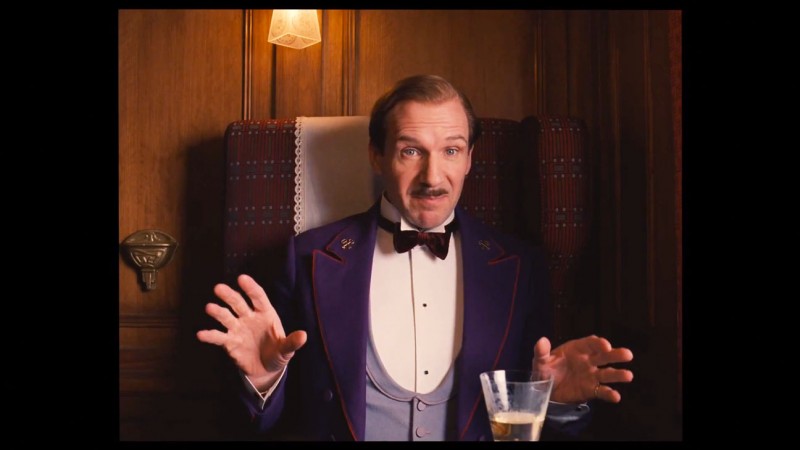 The rest of the cast acquits themselves marvelously. A lot of them are regular players in Wes Anderson’s films. Most of them have tiny roles, which makes sense in such a jam packed feature. This film marathons its way through plot points, temporal and spatial jumps, and its supporting actors. There are tons of blink-and-you-miss-it gags, but the same could be said of the whole film. If you’re really looking forward to Owen Wilson, Bill Murray or somesuch Wes Anderson director-trope, its best not to take any bathroom breaks. If there are any complaints to be made it is the tiny screen time some of the cast receives. But you can’t blame Wes Anderson for filling up minor roles with all his cronies who have filed in enthusiastically to do his bidding. 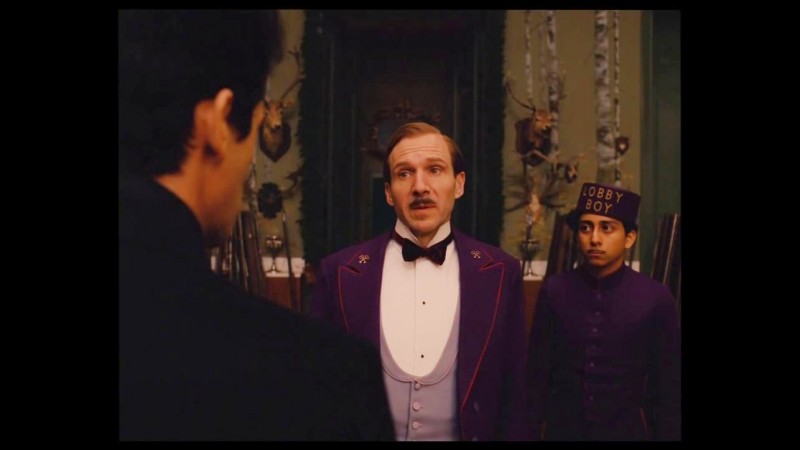 Grand Budapest is a dizzying frenzy that will leave you breathless. Energetic and extremely fast-paced, this story has such a distinct voice and style that it will charm you from start to finish. Don’t take my word for it though. I’ve checked into The Grand Budapest Hotel, will you?