What to Watch This Summer

"A Look at a Few of the Summer's Best Shows"
By: Jean Henegan | TV Features | June 26, 2015
In years past, the summer was a time when networks aired a steady stream of repeats, assuming the viewers would be more concerned with their vacation plans than with spending time in front of the television watching new and engaging shows. However, as of late, the summer has morphed into a season where networks and streaming sites toss out some of their best programming. Netflix has already released the third season of Orange is the New Black, NBC has begun airing the third (and possibly final) season of the spectacular Hannibal, and Comedy Central will be rolling out two of its crown jewel programs: Inside Amy Schumer and Key and Peele. But with some of television's most popular shows sidelined until the fall (or even the spring, in the case of Game of Thrones), I often get asked what shows people show take up during the slower summer months. To help answer these queries, I'm putting together two lists- one outlining the new or often overlooked shows currently airing, and one with some classics people may have missed. This piece will tackle the former, and I'll have one out early next week dealing with some gems from the past people might want to give a look. All of the following shows are currently airing, will start up their season within the next month, or are currently available streaming online. 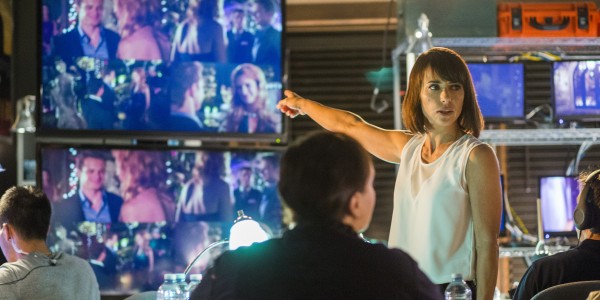 I wrote a review of the show's first three episodes (available here), and so far the series has aired its first four shows. And you know what? It's still really good. I don't want to rehash what I've previously said, but if you are looking for a biting drama with complex characters, UnREAL is a great choice. It isn't particularly dark, and is probably more comparable to this past season of Orange is the New Black from a tonal perspective, so if you are looking to fill that niche in your viewing needs, look no further. 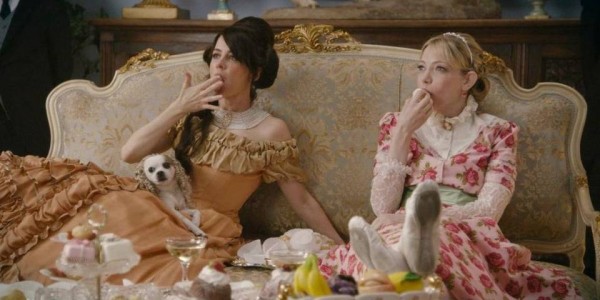 Comedy Central has been on fire lately with their original programing. Inside Amy Schumer, Key and Peele, and Broad City are all bona fide pop culture hits. Another Period is a bit different in style and scope from those other three shows (less sketches, more story), but is just as impressive. Spoofing both Downton Abbey and reality dreck like Keeping Up With the Kardashians, Period is a real delight. Funny, biting, and unapologetic, the show boasts a remarkable cast (among the players are Mad Men's Christina Hendricks, Community's Paget Brewster, Natasha Leggero, Riki Lindhome, Michael Ian Black, Jason Ritter, and David Koechner). I'm not the biggest comedy fan, but I found myself repeatedly laughing throughout the pilot and second episode (the two episodes made available for critics). If you are searching for a bit of escapist fun this summer, Another Period is the one for you. 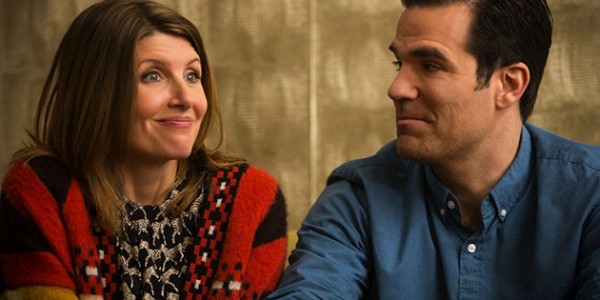 Catastrophe is your traditional boy meets girl comedy. Only, this time the boy is in London on business and gets the girl pregnant, resulting in him having to move to London. But really, it's an absolutely lovely comedy. It's appropriately edgy, smart, and tackles the complicated situation with aplomb. Rob Delaney and Sharon Horgan are incredibly likeable, and easy to root for. The first season is only six episodes long, so it's a quick watch, but well worth the time (and it has already been announced it will be returning for a second season). 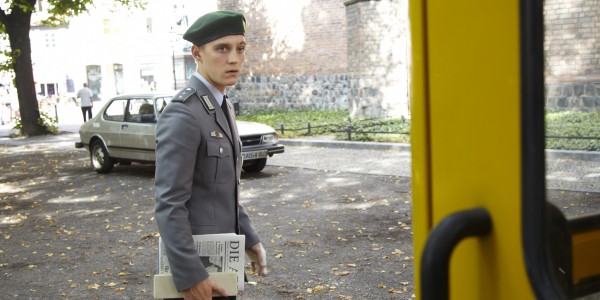 If you are afraid of foreign shows and subtitles, this is probably not the show for you. But, if you are ok with embracing the challenge of reading while watching, Deutschland 83 is worth it. Set in divided Germany in 1983, the story follows a young East German soldier who is drafted by his aunt to work as a spy in West Germany. If you're a fan of shows like The Americans, then this is certainly a show for you. There's intrigue, high stakes tension, and a great deal of interesting history. Here in America we enjoy showing the Western view of the late Soviet era. It's quite interesting to see things from the German side. The cast is excellent and the story engaging. 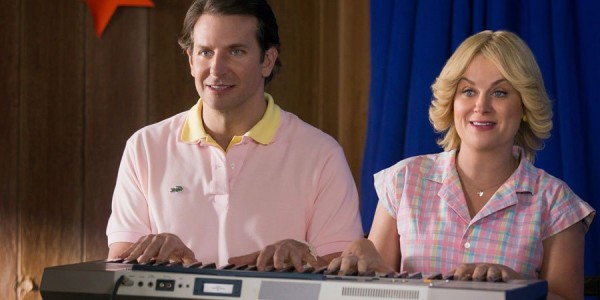 Way back in 2001, a small comedic film was launched with a generally unknown cast. The film languished in relative obscurity, but slowly developed a fervent cult following. Oh, and most of the cast went on to become massive stars: Amy Poehler, Bradley Cooper, Elizabeth Banks, Paul Rudd, Christopher Meloni. Also in the cast? David Hyde Pierce, Molly Shannon, Janeane Garofalo, Ken Marino, Michael Ian Black, Jon Benjamin, and Judah Friedlander. Not too shabby. Well, Netflix will be releasing the prequel series to the cult classic film. Sure, the cast is 14 years older, but remarkably, all the major cast members will be returning for at least part of the series (yes, even movie star Bradley Cooper). And joining the fun this time will be Jon Hamm, Chris Pine, Kristen Wiig, Josh Charles, John Slattery, and Jason Schwartzman. While no episodes have been released for critics yet, I anticipate this becoming one of the hits of the summer. If it maintains a similar vein to the original, it will be over the top and ridiculous, but with a heart of gold. 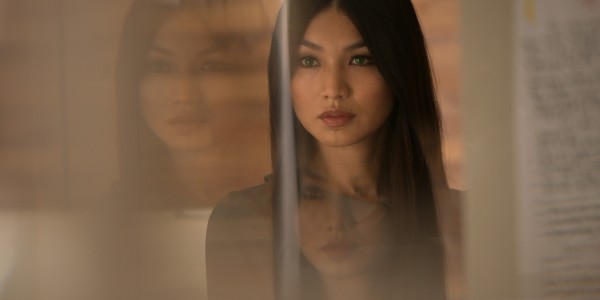 Humans is part Black Mirror, part family drama. And, after checking out the show's first two episodes, it's really interesting. There have been a number of movies and televisions shows that have tackled the idea of what happens when androids become sentient (Black Mirror and Battlestar Galactica among the best on the television front), so this isn't a particularly revolutionary idea in and of itself. But it is well executed and has enough layers within its overlapping storylines to hold my interest. The series is a direct British import, but the ideas and conflicts within the series are universal. If you are a fan of exploring the darker side of technology and how it can affect our everyday lives, Humans might be the show for you. 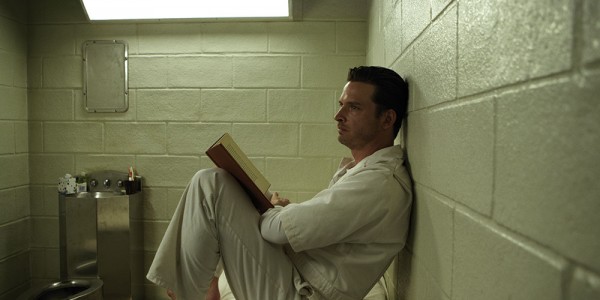 I suppose this is a bit of a cheat, since Rectify is about to enter its third season, but so few people have watched this gorgeous and wonderful show that I don't feel bad shilling for it once again. There are very few shows on television that embrace the art of silence in the way Rectify does. More can be expressed through one look on this show than pages of dialogue on any other. Rectify is the story of a man, convicted of murdering his girlfriend in high school, who is released from death row when new DNA evidence indicates he might not have been the killer. The show still hasn't answered the question as to whether or not Daniel had anything to do with the death, but it is pretty clear there were more people involved than originally thought. There's enough human drama to balance out the central mystery, and the show doesn't take the easy way out with anything it does. It's a show that is on par with Mad Men, The Wire, and The Shield in terms of exploring human drama in every day situations.

Seasons one and two streaming on Netflix 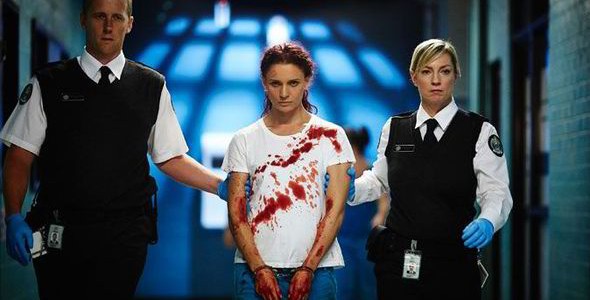 If you are suffering Orange is the New Black withdrawal, might I recommend Wentworth to take the edge off? Set in an Australian women's prison, this modern retelling of the classic Australian show Prisoner is one of my absolutely favorite shows on television today. In fact, I like it way more than Orange is the New Black. It's grittier and significantly darker (I would rate it just a step or two below Oz in terms of hardcore prison drama), so if you prefer the fluffier aspects of Orange I might recommend caution. But it's smart storytelling (even if it almost always ends in tears- almost being the key word). The characters are complex and interesting, and the guards are just as three-dimensional as the prisoners. And the cast is ridiculously talented without a single weak link. It's an exciting and amazing ride.