For the past four weeks, we have gone over the launch games coming out for the Wii U on November 18th. From Mario's HD debut with New Super Mario Bros. U, big third party titles like Call of Duty: Black Ops 2 and Assassin's Creed 3, and ports with new features such as Batman: Arkham City and Tekken Tag Tournament 2, there is something for everyone coming out on Wii U's launch day. Some of the third-party games such as Mass Effect 3 and Ninja Gaiden III: Razor's Edge are actually coming out this week if you want to get them early before the system comes out this Sunday. In this final part of Entertainment Fuse's Wii U launch overview, we take a look at the final five games of the Wii U launch lineup.

Tank! Tank! Tank! by Namco Bandai Games has been out at arcades for quite a while now, but this Wii U version is the first home version of the game and it comes out this Sunday. A maximum of four players can control tanks and go against each other in either the team battle or free-for-all modes. The main mode in this game, however, is the co-op where the tanks team up to take out giant monsters that remind me of the Earth Defense Force games and even a three-headed robot dragon. The tanks have multiple weapons and they can be controlled by either the Wii remote or the new Wii U gamepad. The camera functionalities from the arcade version are also in this Wii U version thanks to the gamepad. If you're looking for some good, simple, and old-fashioned arcade style gameplay, be sure to look out for Tank! Tank Tank! when getting the system on launch day. 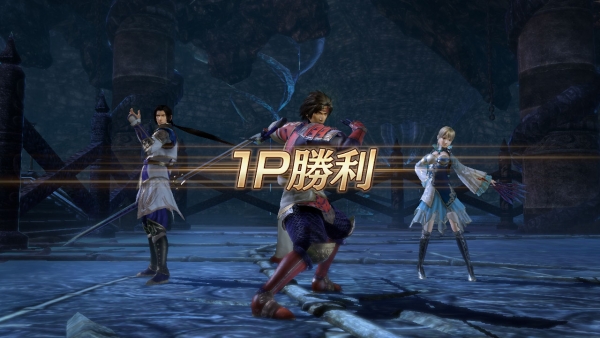 Warriors Orochi 3 by Tecmo Koei came out on the Xbox 360 and Playstation 3 earlier this year, but this Hyper version only for the Wii U has some new content. This new version now has two player co-op where one player has the Wii U gamepad and the other has the Wii Remote slashing at the TV screen. There is also an online duel mode that is only coming to Hyper as well. 130 playable characters are confirmed with Momoiji from Ninja Gaiden: Dragon Sword and newcomer Shennong being Wii U exclusive. If you're familar with the 360 and PS3 versions, Ninja Gaiden's Ryu Hayabusa and Dead or Alive's Ayane are also playable in this latest installment of the Warriors Orochi franchise. Fans that are looking for the definitive version of Warriors Orochi 3 can look forward to this Hyper version that is only coming out for the Wii U this Sunday.

The third game based on the hit ABC game show came out on other systems just two months ago, but it is also coming to the Wii U on its launch day. The only thing significantly new with this version is the gamepad controls. Other than that, the content is pretty much identical to the previous versions with over 200 obstacles, new courses like this Nintendo-specific one pictured above, and a variety of multiplayer modes. If you like playing multiplayer games with the family, Wipeout: The Game 3 would be one of the games to get on launch day.

Fitness games continue to be a mainstay on consoles with motion controls and the Wii U is no exception with Ubisoft's Your Shape: Fitness Evolved 2013. The latest entry in Ubisoft's fitness game series is actually the Wii U's first fitness game even though a new Wii Fit by Nintendo is expected to come out sometime next year. Fitness Evolved 2013 has over a hundred workouts from cardio, stretching, strength building, and relaxation like yoga. New gamepad controls are also coming to this new entry along with support for online play whether you're competing or collaborating with friends. The Your Shape franchise has been pretty successful for the past two games on Kinect and this Wii U debut looks to replicate that success on launch day. If you're looking for a new fitness game to play and get motivated to be fit, Your Shape: Fitness Evolved 2013 is worth adding to your Wii U library.

Arguably the biggest third-party exclusive game that is coming out on the Wii U's launch day is Ubisoft's ZombiU. Ubisoft Montpellier is developing this survival horror game and features a variety of modes for both single and multiplayer. The main campaign is about all surviving and eventually escaping a zombie-infested London. Players have only one life to survive and if they die, they will be a new survivor and can kill the previous character that has turned to a zombie, which is a bit similar to games like Demon's Souls and Dark Souls. The gamepad is used mostly as a touch screen to access the "bug-out bag" full of tools and items helpful to survive at the city of London. Players still have certain tasks and missions to complete in the campaign, but the Dark Souls-like twist will keep players on their toes. Besides the main game, there is a survival mode where players have to beat the game with only one survivor. The multiplayer modes revolve around the king of zombies known as Boris and feature Assault, Killer Box, and Survival. ZombiU not only looks to be one of the best launch games to get on the Wii U, but also set new standards for zombie games as well.

We now covered the whole launch lineup that is coming out for the Wii U this Sunday. As mentioned earlier, some of these games will be out this week to be available for purchase along with accessories as well. Reviews for certain launch games like New Super Mario Bros. U and Nintendo Land will be coming some time after launch here on Entertainment Fuse. Which launch games are you getting with the Wii U this Sunday? Let us know in the comments below.