"Geralt goes medieval and chivalric for his last contract of the Witcher III saga."
By: Jeffrey Dy | PC Reviews - PS4 Reviews - Xbox One Reviews | June 3, 2016
The Witcher III: Wild Hunt is more than a year old and it has been quite a journey for the developers CD Projekt Red as well as the series' protagonist Geralt of Rivia. From it's characters, beautiful open world to explore and such eye-opening quests, it was my runner up for game of the year in 2015. Since the main game ended, the Hearts of Stone expansion was released last fall and felt it was a great and focused storyline in Velen, but it was more of a teaser in terms of scope and stakes for the second expansion, Blood and Wine. Geralt visits the land of Toussaint, a completely new area for The Witcher III, to complete a contract slaying an unknown beast from The Duchess of the land herself. 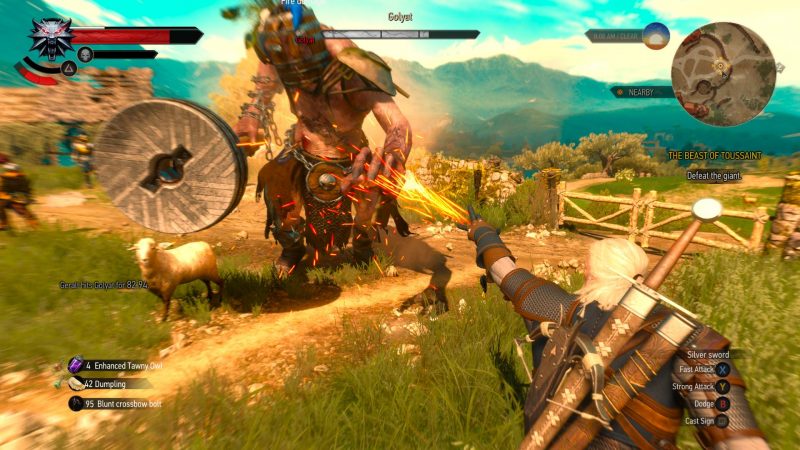 The expansion does begin at Velen (an existing game save recommends you to be at level 35 or to start a new game at 35 with limited gear) when Geralt finds the Toussaint contract on a notice board and helps out some knights against bandits attacking an village. Once Geralt and the knights arrive at Toussaint, he realizes this ain't a fairy tale setting from the get go when a giant attacks a small town. Touassint as a whole is a complete change of setting for The Witcher III where we go from No Man's Land and the isles of Skillege to a more colorful, chivalric world. The people, their values following certain virtues and the medieval lifestyle in general is quite different from the depression seen in the main game. When Geralt finally meets up with the Duchess, the main quest goes to full swing figuring out who is this mysterious beast behind the killings of several and it's motives. Just like Hearts of Stone bringing back a returning character with Shani, Geralt runs into another familiar friend Regis to help out on the investigation and the hunt for the beast. The main quest has it's interesting twists and turns as the choices in some of the major quests does question Geralt's morals such as whether to lift a curse of a cursed being or to straight up kill it if things go south. During my playthrough, I tried my best to not resort in violence or risk others in terms of the big decisions I had to make just like the last game and expansion, but some didn't go my way and had to deal with it. The same was the case by the time the ending for the main quest happened (yes there are multiple endings), I was surprised what occurred with the choices I made. I still enjoyed the main story for Blood and Wine just like Hearts of Stone, but as the latter felt more centered, the former has more stakes on the line specifically once you learn more about the villains' plans. 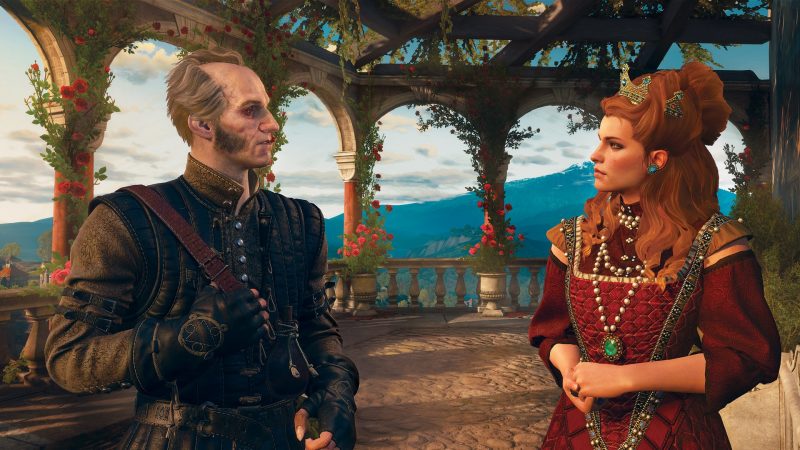 Of course there's many side quests besides the main story to do in the big kingdom of Toussaint. Blood and Wine's secondary quests and treasure hunts are the most varied I seen in The Witcher III. Competing in a tournament against other knights in certain activities, being involved in wine wars with two individuals that want ownership of a vineyard, fulfilling the five virtues of the land and even upgrading your new home in Corto Bianco, you can easily spend two dozens of hours completing everything Toussaint offers. New fists of fury events that surprisingly mixes things up for Geralt, gwent tournaments and armor to craft are also there, specifically the armor where there is Grandmaster versions now to find to enhance your abilities. Speaking of abilities, one of the big gameplay additions is found in a secondary quest. Mutations involve your mutagens and also further increases stats of strength, signs and alchemy. These can be useful in the tougher encounters this expansion has and new enemies Geralt finds himself against when exploring Toussaint. Armor dyes are also a new addition where you can paint Geralt's armor a certain color as if you're customizing your Halo character in multiplayer. The biggest change with Blood and Wine however is the new UI. The inventory and equipment system was rough to deal with back at launch last year, but little improvements have been made in patches. The latest update organizes the categories way better making things easier to find. Books are their own section for example and weapons/armor are their own subcategories as well. It's crazy yet awesome at the same time to see CD Projekt Red still make substantial changes and improvements to a game that is filled with hundreds of hours of content a year after it's out. 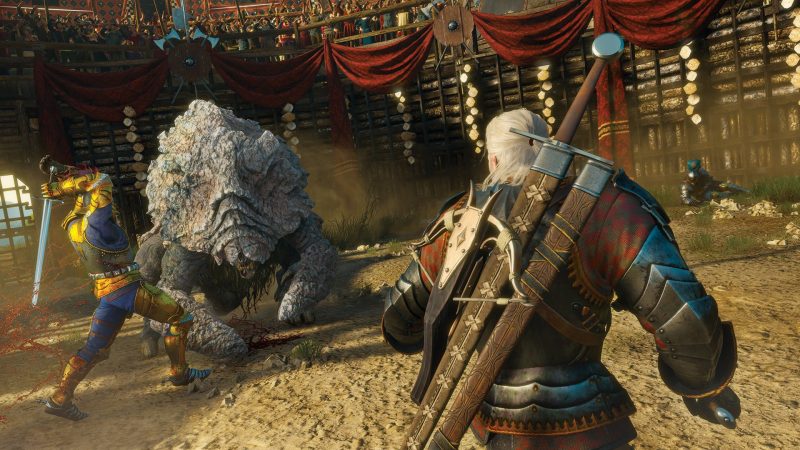 The Witcher III is still considered one of the best looking games this console generation because of it's vast open world and beautiful vistas especially during sunrise or sunset. Blood and Wine is no exception with the kingdom of Toussaint. Some are not a fan of it having a bit of an Instagram filter, but I wasn't bothered by it myself. Of course there are still open world jank and bugs present in this expansion along with the framerate chugging below 30 fps on console during frantic combat moments. The sound effects and music are still excellent, specifically the new theme song when you boot up the game. CD Projekt Red definitely treated The Witcher III's Blood and Wine expansion as a finale to the game's full package. The epilogue is an amazing treat of fanservice seeing everything tie together assuming you beaten the main game's storyline with your choices intact. What is with games these days having awesome epilogues, specifically two superb games in the last month? Sounds like the game industry has been taking a page of the Marvel movies' playbook including more post-credits cutscenes and epilogues. Anyway, Blood and Wine is a great closer to The Witcher III with a whole new area to explore, interesting main questline full of twists and turns, and substantial additions to the combat and UI to the point it feels like it's own 20+ hour game. Plus it is only $20 with that amount of content where there are many full games that cost way more with way less. This is a must-play for Witcher III owners and I can't wait for what's next for CD Projekt Red, which I'll say I'm ready to see more Cyberpunk 2077.
Rating
9.0
Pros