By: Josh | PC News - PS4 News - Xbox One News | June 5, 2014
A big drop of information has been released for CD Projekt Red’s The Witcher III: Wild Hunt earlier today.
It seems like you should really be aiming to pick up the physical copy as it comes with a slew of goodies totally free of charge. You will be getting the game along with a map, some stickers, a compendium, the manual and, the soundtrack all for $60. Not a bad buy if you ask me. 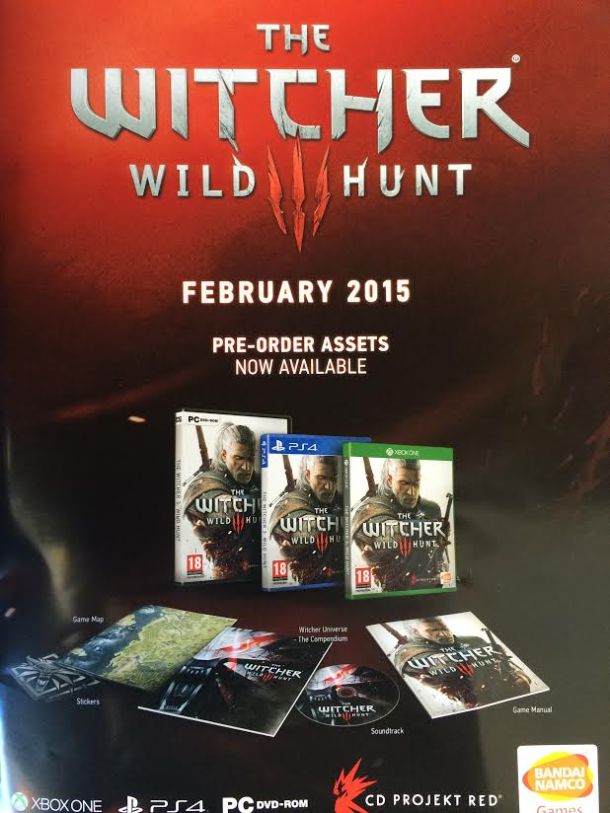 On top of this, the game has finally revealed its release date along with an absolutely mind-boggling new trailer. The game was originally slated for this holiday but is now scheduled to release on February 24th for PC, PS4, and XONE.
To keep everyone entertained until that time and E3, a new trailer has hit that shows the technical mastery you can expect from The Witcher III: Wild Hunt when it ships. Seriously, you need to watch this trailer.