Is the World Ready for Netflix’s Luke Cage?

By: Mike Miersen | Comic Features - TV Features | September 7, 2016
I don't think Netflix's upcoming Luke Cage will be that polarizing, or politically-charged, or however you'd put it. I think it will be well crafted, entertaining, and, for the most part, it will leave societal critiquing at the door. Still, as the release date approaches, I wonder if the show will become a battleground for controversy. People, especially in the US, have long used proxies to fight over bigger issues, whether it be flags, words, people, or pop culture. Especially pop culture. We love it! It turned a recent mediocre comedy into a personal attack for some and a sweeping victory to others. It turned a burned-out quarterback into a national pariah. These arguments have created and destroyed entire television shows. From what I've seen, Luke Cage could very well be another thing everyone fights about. 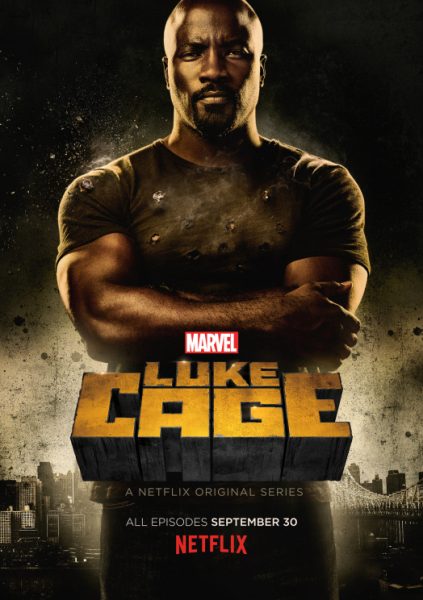 The character of Luke Cage, like a ton of comic book heroes, was an attempt to cash in on popular genres, in this case 70s blaxploitation. However, the character eventually began to shift back and forth from generic-super-strong-man to tenuous representative of black America. In a medium with a problem diversifying, Cage became a mainstay on short lists of "good" black characters.

In an effort to speak to that, a bulk of Luke Cage's creative team is African American. The show runner, Cheo Hodari Coker, has writing credits that include both a ROM Spaceknight property and the Biggie Smalls biopic. A perfect blend. The music is being composed by the guy behind Black Dynamite's score, as well a member of A Tribe Called Quest.

From everything we've seen, Luke Cage seems to be deeply, unapologetically steeped in American black culture. Every episode is named after a Gang Starr song. The setting is Harlem as opposed to Hell's Kitchen. The issues are much more intimate, more neighborhood-level rather than super-ninjas or... vampires? Which is all great, I think the show needs it to stand on its own, but it brings us to our central question: how will John and Jane Q. Public take it? 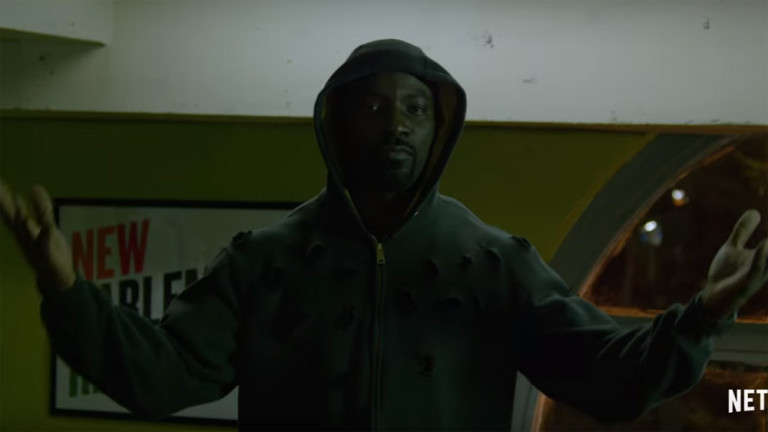 As I mentioned above, there's defiantly a focus put on making Luke deal with real world issues rather than grander save-the-city plots. In fact, showrunner Coker has said, "I grew up reading [Luke Cage comics], but there were very few times that character had the opportunity to be philosophical, or live in the real world." And he's not afraid of making that a reality, going on to say, "what Marvel didn’t want [as showrunner] is the fanboy that says, ‘Luke can only wear yellow!’ They wanted somebody who was gonna respect the evolution of the character, but at the same time flex it and tweak it in their own special way."

So I think it's foolish to not expect the show to at least broach current, undeniably touchy issues facing the world today. Indeed, the image of a black man wearing a shot-to-hell hoodie, asking for more is provocative. We haven't seen a lot of the show outside of the basic plot, but I'm assuming there are more images like that in there.

Is this the right place to talk about these things? A comic book show? I certainly think so, it's what comics have been doing for years, but perhaps there's a chance that controversy could hurt Luke Cage before it has a chance to catch on. Maybe, like most things, the arguments would then consume the message. 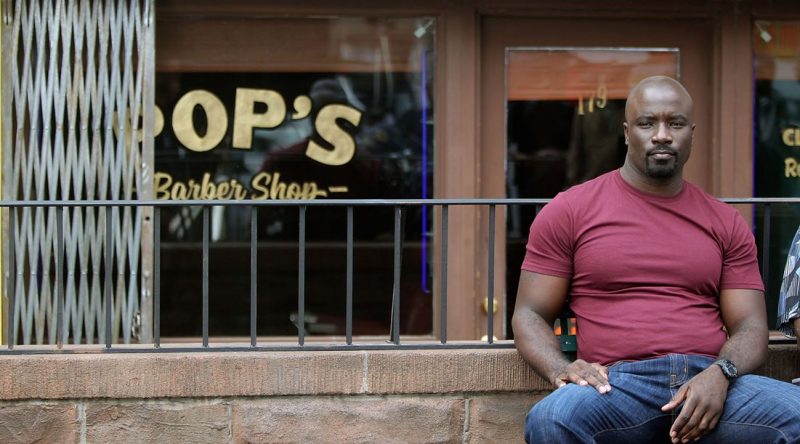 Now that I read back over it, I'm not sure there is an answer. The nature of the question is, itself, unpredictable. Luke Cage could be, more than any other comic show, a true test of the superhero genre's storytelling power.