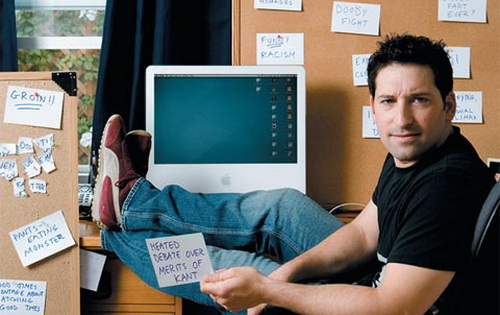 From the title Boy Scouts vs. Zombies, it’s not difficult to unravel a plot. In the aptly titled mash-up of comedy and horror, boy scouts must fight zombies to rescue girl scouts. Highly acclaimed comedy screenwriter Etan Cohen will step into the director’s chair for the project.

This will be Cohen’s first time at the helm of a full-length feature, though he did direct the 2007 short My Wife is Retarded. Interestingly enough, he penned scripts for several films featuring Ben Stiller, including the Oscar-nominated comedy Tropic Thunder, animated hit Madagascar: Escape 2 Africa, and the upcoming remake of The Incredible Mr. Limpet. Cohen also wrote the upcoming Men in Black III.

Emi Mochikuzi and Carrie Evans wrote “Scouts,” which earned a spot on the 2010 Black List and was picked up by Paramount. The two previously collaborated for the Disney family comedy College Road Trip along with Despicable Me writers Ken Daurio and Cinco Paul. However, The Hollywood Reporter says Cohen will be supervising a new draft of the script from Lona Williams (Drop Dead Gorgeous).