The novel A Confederacy of Dunces hit shelves in 1980 and won its author John Kennedy Toole a posthumous Pulitzer Prize for Fiction. Set in New Orleans, the novel focuses on Ignatius J. Reilly, a slob of epic proportions. With its considerable acclaim and humorous lead character, “Dunces” seemed bound for a film adaptation. In fact, Hollywood has been trying to do just that for 30 years.

In 1982, Harold Ramis, who later wrote and directed Groundhog Day, planned to take “Dunces” to the silver screen with Saturday Night Live alumnus John Belushi as his Reilly. However, Belushi died of an overdose before this plan came to fruition. In the 1990s, Chris Farley – another SNL alum – and comedy star John Candy seemed interested in leading the film, but both sadly passed before the film was made. Most recently, SNL alum Will Ferrell was going to lead a “Dunces” adaptation, but that didn’t come to fruition either (and forutnately, Ferrell is still alive). 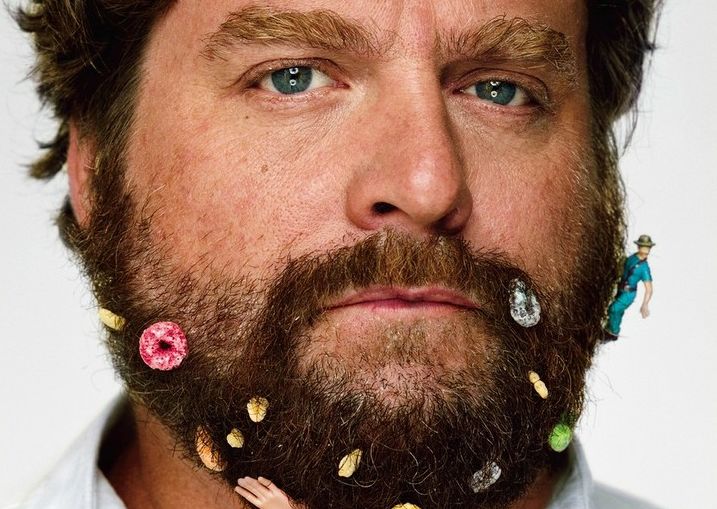 Now, Paramount Pictures might bring the acclaimed novel to the silver screen at least. Vulture reveals that Zach Galifianakis is the studio's choice to lead the upcoming adaptation of “Dunces,” with James Bobin negotiating to direct. It would be Bobin's second film ever after last year's The Muppets.

If “Dunces” actually gets made, it will mark Galifianakis’ first time leading a film by himself, a huge a deserved step for the comedian. Even when the films themselves aren’t extraordinary, Galifianakis always proves himself to be an exceptional screen presence. He’s behind some of the funniest moments in Dinner for Schmucks and Due Date, films that many agreed could have and should have been funnier, and he’s given surprisingly strong dramatic work in It’s Kind of a Funny Story and Jason Reitman’s Oscar-nominated Up in the Air.

For those of you who can’t wait to see Galifianakis on the silver screen again, he leads The Campaign, which hits theaters on Aug. 10, alongside the aforementioned Reilly hopeful Will Ferrell.