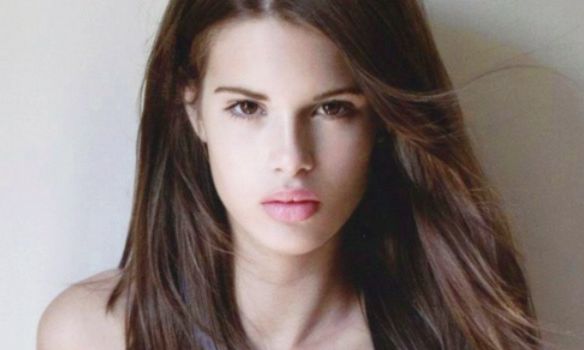 Well, that didn’t take too long. Zoe Aggeliki is currently negotiating to play Johanna Mason in The Hunger Games: Catching Fire. Despite never having acted in a feature film, she beat out indie starlet Jena Malone for the highly coveted role.

Late last week, we learned that Aggeliki and Mia Wasikowska were up for the role. A few days later, Wasikowska left the running and Malone emerged as a serious contender for the part. Aggeliki will make her feature debut next summer in R.I.P.D. alongside Jeff Bridges and Ryan Reynolds. She will also star in Percy Jackson: Sea of Monsters.

Directed by Francis Lawrence, The Hunger Games: Catching Fire is slated to hit theaters on November 22, 2013.