The bizarre phenomenon of the Trolls movie premiered at the BFI London Film Festival - you know, the film radio announcers keep introducing that Justin Timberlake song with. I wouldn’t blame you if you had no idea this film was happening at all. DreamWorks has had a good run lately, with How to Train Your Dragon 2 and Kung Fu Panda 3 both grossing over $500 million, but they should probably be prepared to make losses on Trolls.

In case you weren’t aware, the characters in this film are animated versions of those Troll dolls from the 90s with the long sticking-up hair. If there were ever a film made two decades too late, it would be this one. Not to run the risk of sounding old, but have kids these days even ever laid eyes on a Troll doll? In an antique store maybe. So, from the offset, the film seems to miss its target audience pretty spectacularly. 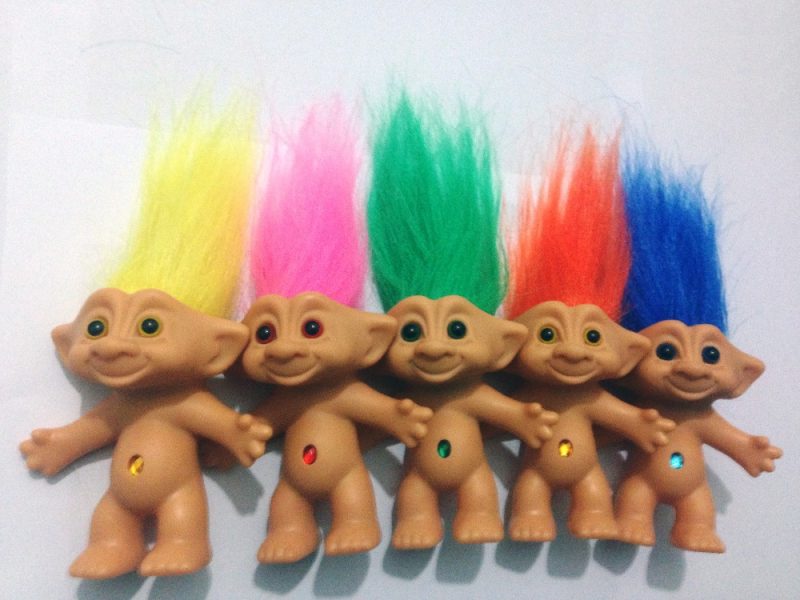 In a continuing trend, many of the musical numbers, and there are many, are cover versions of songs that Baby Boomers would have bopped to in their hey-day. Not to say that Lionel Richie and Cyndi Lauper aren’t brilliant artists - more that the emotional climax of the film probably wouldn’t mean that much to an average five year old with “True Colours” as the focal point.

Anna Kendrick voices the almost insufferably peppy Princess Poppy, and Timberlake plays the grumpy conspiracy-theorist Branch. Which of the two you favor at first absolutely depends on what time of day it is when you see the film, and unfortunately for me, this press screening was at 9am. So, Branch it was. His brand of cynicism is clearly meant to appeal to the jaded parents who come to see the film, while the upbeat optimism of Poppy is for the kids to relate to. Both parties learn a valuable lesson that “life is not all cupcakes and rainbows,” but also that “everyone has happiness inside them,” so a happy medium is best. The movie makers may well have underestimated the cynicism of a lot of kids these days, for whom glitter and hugs are not their favorite things … but then again, maybe that’s my bitter old age talking. 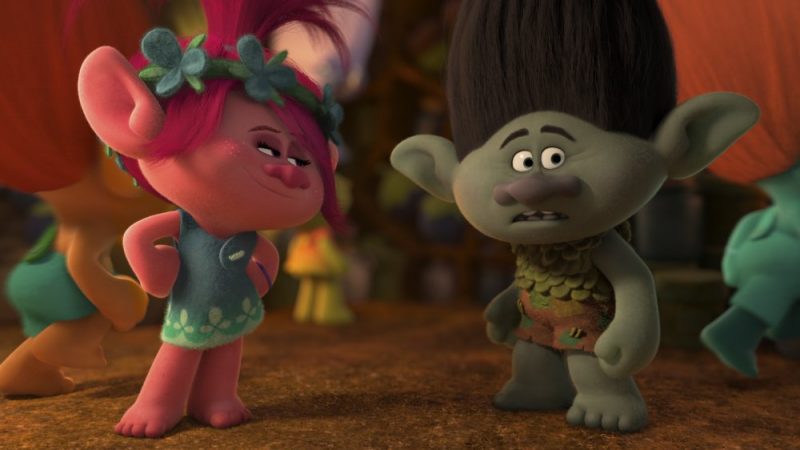 Using the tried and tested Shrek formula, the film opens with a fairytale book exposition scene, and ends up with our unlikely pair of heroes going on a quest to save their  friends. The premise for the entire film, morbidly, revolves around Trolls being eaten by Bergens, big ugly ogre-like creatures, because they believe the only way they can be happy is to eat Trolls, who are universally happy. Weird as it sounds, this does actually give rise to some pretty funny subversions, with the evil Bergen chef cackling maniacally as she promises to bring true happiness to the kingdom.

There are some pretty famous faces behind those Troll visages - notable mention go to Russell Brand, a very spiritual Troll, and James Cordon, whose only role seems to be yelling “I know her! She’s my friend!” at Anna Kendrick - pretty meta, I know. Zooey Deschanel gets to play the scullery maid/Manic Pixie Dream Bergen whose friendship with Poppy ultimately saves the day, while Gwen Stefani voices the Trolls’ resident DJ. That’s the other weird thing about the Troll civilization - not only do they have scheduled hug times every half hour, but they seem to exist simply to party. And not even child-friendly partying, I’m talking the flashing lights, heavy beats, packed dance floor, clubbing type of partying. Weird. 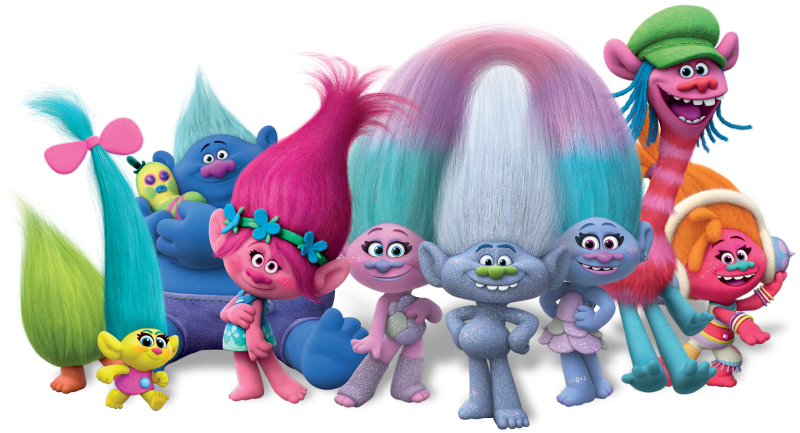 To give it credit, there are more than a few funny moments, but the cringe-worthy moments far outweigh them. “You look phat … with a ‘P,’” is literally a line someone says out loud, and there’s absolutely zero justification for the creepy anthropomorphic cloud who appears occasionally and says things like “make daddy happy.” No justification at all.

At least Justin Timberlake can sing! The film has that in its favor. And the animation’s pretty cool, once you internalize the fact that the intended look is ‘everything is made of felt’. The whole thing pretty much feels like an extended troll-based music video for a concept album Timberlake came up with while as high as Russell Brand’s Troll persona. The saddest part is that in a market full of masterpieces like Zootopia and Big Hero 6, I can’t imagine any kids being too impressed by Trolls either.

Overall a pretty baffling viewing experience, with a few good moments and a lot of weird ones. I wouldn’t rush to take your kids to see this one. Although it might be fun to show them a Troll doll and see just how much disdain they can muster for an ugly little plastic person with crazy hair.