"How to train your robot"
By: Mitchel Broussard | Movie Reviews | November 8, 2014
One Friday afternoon in the fall of 2004, my dad picked me up from school and took me to see The Incredibles. It was my third month as a freshman in high school, and it sucked. But November 5th, 2004 didn't. The day crawled and slogged but I didn't care, so much buzzy energy bounding around my brain at the thought of that glorious teaser trailer with Mr. Incredible failing to try on his super-suit turning into an entire movie. Everything after sitting down next to my dad in the theater with popcorn and drinks is kind of a blur. What does any of this have to do with Big Hero 6, you ask? Everything. As an adult, we rarely delve back into a literal recreation of the childlike sense of wonderment our formative years forge for us. Sure, today the minutiae of the circumstances were different, but the movie at the fulcrum of all these shifting variables - Big Hero 6 - was as transformative as that red-suited family from a decade ago. If that is not clear enough for you, let me be straight: Big Hero 6 is bright, zany, endearing, obsessed with establishing a well lived-in moment in time, and full of wide-eyed wonder. It could out-weird Marvel's other delightfully strange super-hero team. It proves Disney's heart can be successfully melded with Marvel's whiz-bang sensibilities. It's this generation's Incredibles. 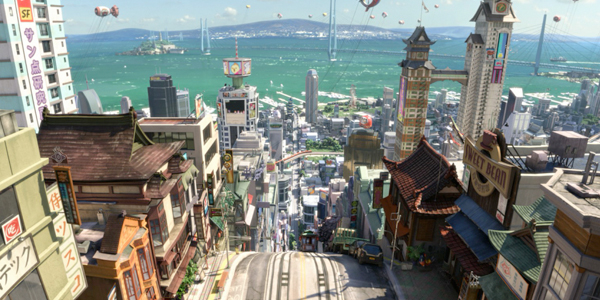 Based on the little-known Marvel comics property of the same name, the movie tells the story of child-prodigy Hiro Hamada and his quest to unravel the secrets behind the death of one of his family members. (Said death is explicitly shown in the trailer, so it will not be recited here). Joining Hiro on the quest are a group of rag-tag geniuses: Honey Lemon,  GoGo Tomago, Wasabi No-Ginger, Fred, and helper-robot Baymax. They all live in San Fransokyo, an exceedingly nifty little setting fused with West Coast Americana and Japanese culture and architecture. Why? Who knows. The movie, nimbly clever as it is, knows the why and how of its setting aren't as important as the characters barreling through its pagoda-lined streets. It's just disappointing most of those characters don't have much to do outside of fight scenes. Damon Wayans, Jr.'s Wasabi is disappointingly shrill and T.J. Miller is pretty much every character T.J. Miller has every played, now in a dragon suit. Jamie Chung's GoGo is an utterly by-the-books bad-ass goth chick, but manages to follow up her snark with bite in fight scenes. Génesis Rodriguez's Honey Lemon is perhaps the most intriguing; she's a gangly blonde chemistry wunderkind with a subtle hint of foreignness on her tongue. She also gets the most hilariously off-the-wall upgrade once Hiro's plight halfway through the movie calls for the titular team to suit up. The biggest issue with these side characters is that this is Baymax and Hiro's movie, and their development, personalities, and screen time are treated as such. Speaking of the duo, Ryan Potter makes Hiro intelligible, but not snobby, and a rule-breaking pre-teen who's never annoying. He takes the brunt of the emotional moments throughout the film, and he nails it. So does Scott Adsit as Baymax, the stuffed animal every kid in your family will want come Christmas. He's as endearing and aww-worthy as every trailer makes him to be, multiplied times 100. From his intimidating frame to his knack for taking every syllable literally, he's like a huggable, less terrifying version of Drax. He's one of the best characters the studio has created in years, and will easily be remembered alongside its greats. 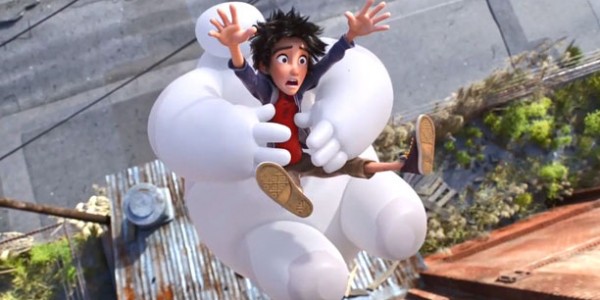 So where are the superpowers, you may wonder. No one's bitten by a radioactive spider or born of gods or super-soldier serum in this world. All of the super heroics come from intelligence and smarts, which is perhaps more intriguing than any super arachnid anyway (and a sentiment I think Tony Stark would enjoy hearing). Hiro and the team build their superpowers: he and Baymax get cool Iron Man-esque suits of armor, Wasabi gets force-field wrist knives, Fred gets a Godzilla-inspired monster costume that has enhanced jumping abilities and breathes fire, GoGo gets a bright yellow suit that uses electromagnetic wheels as sort of roller blades of death that she can boomerang around. And I haven't even mentioned the craziest one yet: Hiro helps Honey Lemon build a magical pixie pink purse that creates globules of chemical compounds she can throw around the battlefield that do everything from freeze the ground to create gelatinous puddles of goop to protect herself or stop enemies. They are all dumb kids in suits of armor, and the outcome of their first big fight together is delightfully aware of that fact. It's a refreshing theme, if not wholly original, that of shy nerds in front of a computer screen accomplishing just as much, if not more, as the rest of the world. And it anchors all of the wacky powers with a sense of realism. But the biggest issue all of this madness creates? There's not enough fight sequences for them to be in. Which is made all the more unfortunate when the movie - Walt Disney Animation Studio's 54th feature film - reminds you after ninety minutes of whiplash-inducing mayhem that the Mouse House made it. It reaches its emotional zenith, more than earning its payoff, only to double back on itself in a few closing scenes so that a pop song can play as the credits roll. If you've seen anything from Frozen to The Avengers, congratulations, you know where this is going. 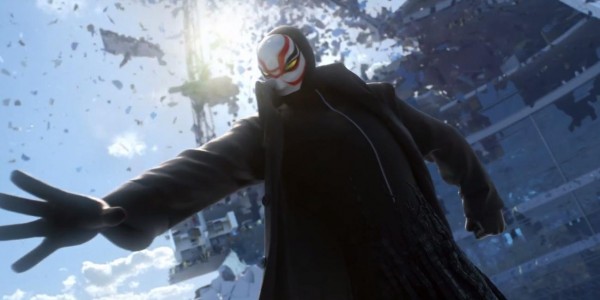 But, at the end of the day, that's my biggest gripe with Big Hero 6. It's a marvelously sculpted movie that ebbs and flows with stomach-hurting laughter, brilliantly realized settings, and some serious emotional gut-punches that could easily catch the unprepared off guard. It's not revolutionary or game-changing, but the been-there, done-that pieces of the plot never feel overtly familiar. Which is, of course, a debt owed to the two studios at the helm of the project, both masters at taking well-tread ideals and weaving them into something incessantly enjoyable despite itself. The complexities of Big Hero 6's emotional payoff may not rival the studio's most notorious efforts like Up, Toy Story 3, or even Wreck-It Ralph (though some may even be gutted beforehand in the short film Feast, the company's best animated short in years), but its strengths elsewhere more than make up for it. It's sincere and heartfelt without being preachy, it's got some great action scenes, and some even greater super-powered characters inside of those scenes. But perhaps its greatest feat is that despite its disappointing final moments, and the esteemed animated competition this year alone in flicks like How To Train Your Dragon 2 and The LEGO Movie (which I gave a perfect score), I can still say this without a beat of hesitation: it's one of the greatest animated movies of the last decade.
Rating
9.5
Pros